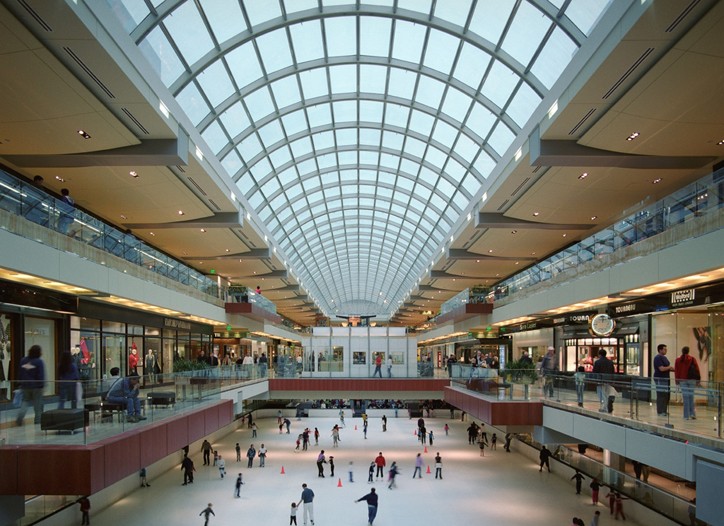 Smaller retail chains and specialty stores are finally getting some respect.

They are being pursued to fill the real estate void created by scuttled expansion plans, liquidations of midsize mall players such as Gottschalks and Mervyns, the closing of specialty concepts like Ruehl and the decision of major chains, including Ann Taylor, to eliminate stores.

“In the go-go days when most of the space was taken up by growing nationals, regionals or locals couldn’t get in or it was too expensive,” said Alan Shor, president of the Retail Connection, a Dallas-based retail real estate broker, consultant and developer. “Now, there is no doubt that the malls are looking to the regionals and locals to build more of their tenant base than they ever have before. It’s happening pretty consistently across the country.”

Although a few retailers, including Kohl’s and Buckle, are opening stores, total retail square footage is forecast to keep shrinking as about 4,600 doors shut this year, according to the International Council of Shopping Centers.

“Landlords are holding on for dear life,” said Jim Bieri, whose namesake Detroit company specializes in retail real estate leasing. “Merchants that were driven out of malls because of costs now have an opportunity to return if they wish to do so. Leasing agents are finding they have to go back to an activity that was common 20 years ago, and that is going through neighborhoods and Yellow Pages looking for tenants that are successful in strip centers or old downtowns and trying to make a deal for them.”

Among the beneficiaries is Charming Charlie, a 23-store Houston-based accessories chain featuring fashion jewelry with an average price point of $11. The retailer is snapping up spaces at malls and lifestyle centers in the South and Southwest owned by developers including Simon Property Group, CBL & Associates Properties and Bayer Properties.

Charming Charlie plans to open 15 stores this year in centers such as the Simon Property’s Galleria in Houston and The Summit in Birmingham, Ala., developed by Bayer Properties. The company’s goal this year is to more than double its sales of $20 million in 2008. Another 50 to 75 units are planned for 2010.

“Occupancy costs were always a barrier, but across the board they are lowering rates, so we have an opportunity to get into some great malls and lifestyle centers,” said Charles Chanaratsopon, founder and chief executive officer.

For 10 years Semon Levy, who operates six Stash stores selling premium denim and contemporary sportswear in Las Vegas and suburban Phoenix, said he was turned away in favor of national brands when he tried to lease space for a fashion boutique at Kierland Commons in Scottsdale, Ariz., which is owned by Macerich.

Levy is preparing to open a 2,700-square-foot Stash store on Sept. 1 at Kierland, which also houses the likes of Anthropologie, Coach and Restoration Hardware.

“In the last year-and-a-half, two or three stores went out so they came to us,” Levy said. “You get a good deal now. I have a one-year lease and if it works — if I can do $1 million [in sales] — I will sign permanently.”

The trend seems to apply less to super-regional malls like Roosevelt Field in Garden City, N.Y., owned by Simon Property, and privately held South Coast Plaza in Costa Mesa, Calif. That’s because expanding chains, such as Buckle and Anthropologie, have narrowed their focus to A-list properties with proven success, developers said.

However, even the best malls are more likely to lease temporary space to a local or regional store. For example, Stonebriar Centre, a General Growth mall anchored by Nordstrom, Macy’s and Dillard’s, has two new local fast-fashion shops — Chicoholic and La Mariposa.

“Today there is probably an opportunity for a B-quality merchant to get into an A-quality space or mall that maybe they couldn’t have in 2006 or 2007,” said Rob Wyant, senior vice president of leasing at General Growth. “The theory is in any shopping mall, no space should ever be vacant.”

Taubman Centers said it was still focused on national chains, but executive vice president Bill Taubman acknowledged: “We always have a certain amount of temporary deals and a lot of [locals and regionals] could be for temporary.”

Landlords do have options. Cheap chic retailers from abroad are showing greater interest in the U.S., said Naveen Jagg, senior managing director of retail services at CB Richard Ellis. They include H&M and Inditex, which have been scouting in Texas, as well as Desigual, Topshop and Uniqlo.

“So many retailers are looking at the U.S. in general where they hadn’t a year ago,” Jaggi said. “They are being very secretive so we are not hearing about anybody signing deals.…Two years from now we will all be surprised at the various European retailers embarking in the U.S. — value brands; nothing on the luxury level at all.”

Wyant agreed that “H&M and Inditex [owner of Zara] are very active — we are doing a lot of deals with those two groups. We’re talking to them about multiple markets across the U.S.”

Mall rents are dropping. Asking rates slid 2.7 percent to $17.15 a foot from a year ago, according to CoStar, but brokers cited discounts of 10 to 25 percent depending on the market.

“There is a void of national retailers, and regional and locals are fresh and adapting on the fly to the economy,” said Terry Montesi, founding partner of Trademark Partners in Dallas, which has courted area businesses for two lifestyle centers — Watters Creek north of Dallas, and Market Street – The Woodlands, near Houston. “You may have to make them really good deals, but with the best [merchants], you will attract shoppers looking for something unique and fresh.”

One of Trademark’s recent deals was with Apricot Lane, a boutique franchise based in Vacaville, Calif., with 39 stores and plans to open 17 more by yearend. Specializing in women’s denim and tops, Apricot Lane won an International Council of Shopping Centers Hot Retailer award in 2008, which vaulted it onto developers’ tenant wish lists.

“The risk for a franchisee is so reduced with landlords providing full build-outs, rock-bottom rates and even performance clauses if sales don’t meet a certain threshold,” said Ken Peterson, Apricot Lane’s co-founder and ceo. “They will be sitting pretty in the next few years.”

An upside of local or regional tenants is they are often savvy about community tastes and close enough to their customers to inspire loyalty. A downside is the leasing process is often longer and more cumbersome, developers said. In addition, leases are usually shorter as a hedge against a market rebound. Landlords sometimes swap a fixed rent for a percentage of gross sales and typically provide less money for improvements to small operators.

“The hazard is the tenant usually has no credit and they may or may not make it and if they don’t you don’t have much to go after,” said Barry Rosenberg, president of Steiner + Associates, a developer in Columbus, Ohio. “Also, it’s a lot of hand-holding. We had a deal done…[the couple] got a divorce and now they can’t go ahead. This is common stuff.”