The real estate trade fair runs from Nov. 13 to 15, with conferences on leisure activities the day before.

PARIS — As shopping centers reconsider their purpose and cast around for new methods to draw consumers away from their mobile phones and into stores, Mapic is throwing the spotlight on the effort with a “rethinking retail” theme for this year’s edition of the real estate fair.

Organizers are expecting 8,500 participants from 80 countries, and 2,000 retailers for the show, which takes place in Cannes, France, on Nov. 13 to 15. “Retail Remixed: Rethinking Spaces and Places,” is the official theme, and for its 25th edition, the fair will kick off with an expanded emphasis on leisure the day before, on Nov. 12. 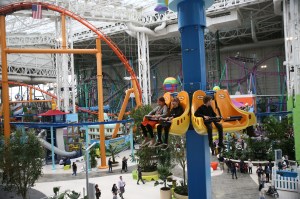 American Dream, the 3 million-square-foot entertainment and shopping center unveiled its Nickelodeon Universe during a preview for friends and family  Evan Falk/WWD

“We don’t just want to talk about theme parks — what interests us is everything that can be done, from virtual reality to museums to live entertainment like concerts, schools, television shows, and theme parks where you can have children’s birthday parties,” said Depetro.

“The industry will be able to clearly relay the message about where new economic models are, and that the leasing contract from five years ago is no longer adapted to this new, collaborative model,” she added.

“Look at Unibail-Rodamco-Westfield — they no longer refer to themselves as developers or property owners, but rather as lifestyle destinations or urban developers,” she said.

“We are going to highlight leisure, which is very important, food and services, but also mixed-use sites, with real estate projects in which the place becomes iconic — something like a brand,” she added.

“We used to consider development in a vertical manner, with only commerce or only offices, but that doesn’t exist anymore and doesn’t suit demands from consumers who are after ease and attractiveness,” she added.

The call for more proximity with consumers is prompting the private sector to work more closely with local authorities, who are increasingly interested in integrating cultural and leisure activities as well as food and beverage purveyors in their development projects, she observed.

“This will be a galvanizing force for fashion retail, because it will create foot traffic,” predicted Depetro.

“Shopping center owners are considering radical redevelopment plans to replace some of their floor space with other uses,” noted James Roberts, chief economist with Knight Frank in a recent global outlook report.

“This has moved beyond leisure uses, with hotels and residential property entering the mix,” he added. A new expression has cropped up in the industry, ‘building with beds,’ as property uses evolve to reflect the needs of society and changing consumer lifestyles.

The trade show will also host an outlet summit on Nov. 12, as discount brand-name stores continue to play an important role in shaping the future of shopping. Speakers will include Otto Ambagtsheer of Via Outlets, Joan Jove of McArthur Glen and industry consultant Ken Gunn. 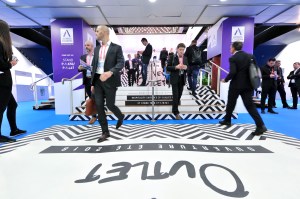 Conference discussions will focus on different geographical regions, including a North American forum, and sessions on Latin America, Italy, Spain, Germany, France, Poland, Belgium, the Nordics, the U.K. and Africa.

There will also be talks on pressing topics for the fashion retail industry, including logistics, with speakers including Sacha Bostoni of Jimmy Fairly, Ronan Bolé of Amazon, and Marc Lolivier of the French e-commerce association FEVAD.

With the adoption of new technology set to increase rapidly over the next five years, the logistics map is being redrawn, according to the research report from Cushman & Wakefield, “Tech Disruptors and the Supply Chain,” affecting the speed, accuracy and cost of delivery of products and leading to a very different customer experience.

For data discussions, speakers will include Matthew Thomson of Colliers and Jace Tyrrell of New West End Company, while Jamil Benabdallah of H64 will moderate a panel on blockchain technology, which will include Olivier Cueille of Microdon. RFID technology will be covered by Microsoft’s Faris Haddad and Camilla Bonanni from Tech Data.

Among speakers for food topics will be Quentin Vicas of Ducasse Paris, Unibail-Rodamco-Westfield’s Rachel Belam, and Julian Powell from Galeries Lafayette.

Projects on show for this edition include American Dream, the New Jersey mall and entertainment complex with views of the Manhattan skyline; Meydan One Mall in Dubai, which uses half of its space for pop-up stores, and the Galeria Mlociny in Warsaw, Poland, where Primark has opened its first store in the country. 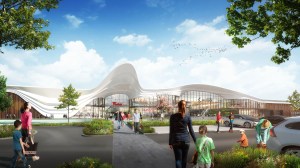 Westfield Mall of the Netherlands will also be featured, Unibail-Rodamco-Westfield’s first development in that country, set to open next year with 280 shops, restaurants and leisure outlets.

The future of EuropaCity, a sprawling theme park and retail project north of Paris that was scheduled to open in 2027, meanwhile, has been thrown into question following reports from Agence France-Presse that French President Emmanuel Macron’s office is calling for an alternative project on the plot that is “more mixed and more modern,” with less of an emphasis on consumption and leisure.