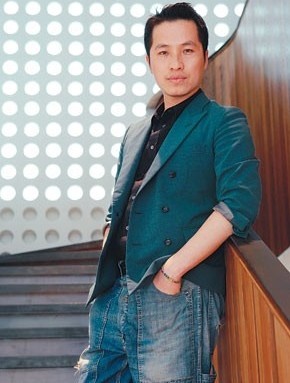 TOKYO — Phillip Lim is impressed by the craftsmanship of his new flagship here, from the hand-carved wood accents to the brass screws in the walls and the mirrored box display cases. But he’s most struck by the fact that the store was completed in a mere 45 days.

“It’s insane. Every time I would turn around they would send me pictures because I couldn’t be here all the time. I’d be like, ‘OK, I’m expecting the walls will be painted,’ but then there would be stairs in here and the floors were done,” the designer said as workers scrambled to put the finishing touches on the store before tonight’s opening party. It opens to the public on Saturday.

The 2,230-square-foot store, located in the Aoyama district near Miu Miu, MaxMara and Marni, carries the range of 3.1 Phillip Lim products, including apparel, accessories, jewelry and his newly launched collections for men and children. The unit is the brand’s second flagship after his store in New York’s SoHo, which opened last year. A third boutique in Los Angeles will bow in June, but the activity doesn’t stop there. Additional stores in Japan are in the works and Lim said he’s talking with potential partners about shops in Hong Kong and Mainland China.

The flagship is just the first step of Lim’s broader retail push into Japan with his joint venture partner Sazaby League, a Tokyo-based retailer and manufacturer. Over the next five years, the California-born designer and Sazaby plan to open eight more freestanding stores and about 12 shop-in-shops in Japan. But Lim explained the business plan will evolve to respond to market demand.

“If they call for it, great, we’ll do it. But if they don’t, then we don’t care,” he said, adding he’s planning trips to cities like Osaka and Kyoto to better understand those markets. The CFDA award winner, who’s known for his tailored jackets and feminine frocks, made his first journey to Tokyo two years ago and was struck with the Japanese’s willingness to both experiment with clothes and wholeheartedly embrace a designer’s vision.

“They buy it and wear it so religiously and it’s nice because as a designer, as a young designer, the worst is to have your ideas diluted into pieces,” he said, noting the average Japanese consumer’s keen eye for detail and sophisticated sensibility. “Short skirts don’t equal success here. It’s about the mystery. It’s about the complications of layering and personal style,” he said.

The 3.1 Phillip Lim brand already does a sizable wholesale business in Japan through about 85 doors in department stores and specialty retailers. The country currently represents about 20 percent of the brand’s annual sales, or about $6 million, a figure that’s destined to swell with the new store openings, the designer said. The Tokyo flagship is expected to generate about 150 million yen, or $1.45 million, in its first year. Lim noted the importance of geographically diversifying his business, especially in light of softness in the U.S. retail market and elsewhere in the world, including Japan, where consumer spending is still sluggish. The designer said his sell-throughs in the States remain “quite good” at the moment but “you can never rest on your laurels.”

And while the outlook for the Japanese market is hardly sanguine, 3.1 Phillip Lim and other American brands could attract cash-strapped shoppers here since European designer merchandise is pricier than ever in Japan thanks to the almighty euro. Lim said the store has kept markups to a minimum to stay affordable. It also helps that the line is produced in China.

Lim noted that a knotted silk filet blouse sells in the Tokyo store for the equivalent of about $450, about 30 percent higher than it would have been in the U.S. “Typically you would double the price,” he said.

Lim entered the Japanese market back in 2005 when he launched his signature line. But the designer was frustrated by having to rely on third-party distributors and wanted to have full control over the process. Lim said 3.1 Phillip Lim plans to keep its Japanese wholesale distribution intact for the moment. “We’re going to leave it up to natural selection,” he said, adding the Tokyo flagship will raise the brand’s profile and complement rather than detract from other retailers’ distribution of the line.

Lim is feting the store tonight with a bash and an after party at the Tokyo branch of Le Baron. A host of boldface socials including Andrea Casiraghi, Eugenie Niarchos, Tatiana Santo Domingo and Julia Restoin Roitfeld are slated to attend.

The designer said he was initially a little skeptical about the location of his Tokyo outpost, which is part of retail complex Glassarea, housing an Anteprima store, because it was impossible to alter the opaque glass facade of the building. But he warmed to the idea when Tokyo-based designer Norito Takahashi of Jamo Associates Co. Ltd. drew up plans for the interiors. The walls are constructed of white concrete perforated with circular cutouts, which fill the store with sunlight and give it an airy feel. Outside, the signage is limited to a discreet label at the door.

The floors are composed of reclaimed wood panels which gradually darken as they ascend up a staircase to the second level. Upstairs, a hand-carved oak wall featuring baroque-style motifs sections off the changing rooms. A similar customized fixture in the bedroom of Lim’s New York apartment inspired the piece.

“I’ve always loved the idea of classic molding…but I didn’t want it to go granny style,” he laughed.