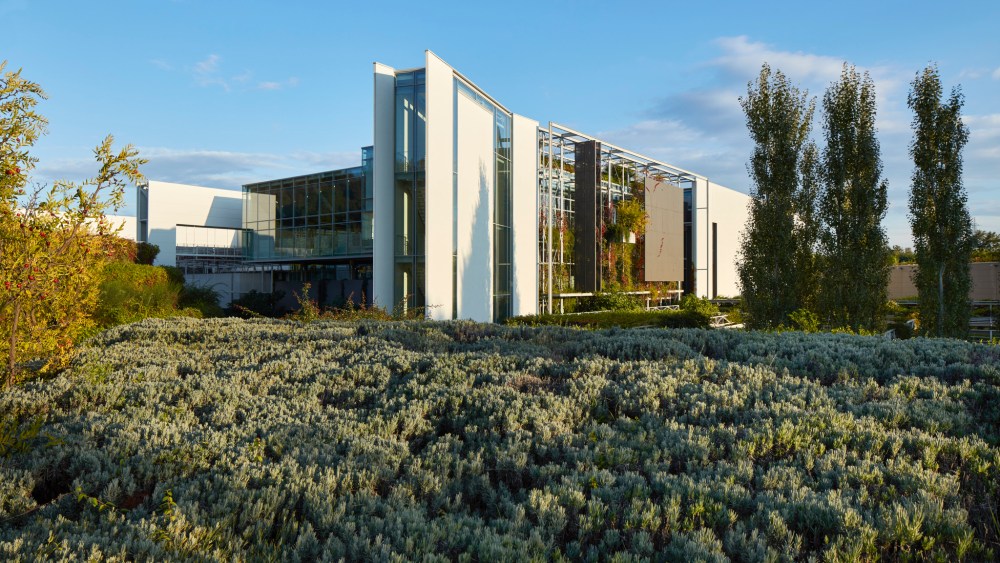 VALVIGNA, Italy — In a typically feisty mood, Prada’s Patrizio Bertelli made a definitive statement on Friday while unveiling his company’s new industrial complex here: He has no intention to sell, and, despite the company’s recent slowdown, here is an entrepreneur who hasn’t stopped investing in design and product.

And he took to task those who believe that “spending less makes you more cunning,” and an “Italian system whereby if you erect a building where people work and live well you are a megalomaniac. It’s a problem of Italian politics and Italian citizens that have no culture. The problem is that in this country there is no culture. It was different before, when there were big political poles and the church [was more relevant]. Without these, and now there’s not even the mandatory military service, we are left with ignorance and every day we witness this,” the outspoken executive said.

While Bertelli declined to provide a specific figure for the amount invested in the complex, a stunning steel and glass structure designed by Guido Canali and surrounded by luscious gardens and vineyards, he said the group spent 2 million euros on the greenery alone. When pressed, he said the total figure was “less than [the] 70 million euros” that had been reported locally.

“Why not be called a patron? It’s not offensive. Some terms have been banned, but it’s wrong,” said Bertelli. “And you must add meaning to capital, it can’t only be about financial, aseptic funds. This is a cultural issue, not only industrial. This is a place where people work, where employees should identify with the brand, which should also be represented by such a location.”

When Canali shied away from saying that the building, which overlooks one of the country’s busiest highways and is surrounded by other industrial activities, shields off sights that are “banal,” Bertelli did not. “There must be pride and haughtiness, why should we speak modestly? It’s useless and modesty is not a virtue,” he claimed. The building is meant to enhance productivity and the well-being of employees, who work almost entirely without artificial lighting.

Bertelli kept up his no-holds-barred attitude with the press as he put rumors about a possible sale to rest. “Prada is not selling. Of course there are suitors looking at us; it’s normal but we are not selling and we will never sell.”

Asked about a Bloomberg report a day earlier on succession plans, Bertelli said, “Let’s see.” His son Lorenzo, 30, who, as reported, joined the group last September as head of digital communication, is “acquiring know-how and experience within the company in communication and is preparing to possibly helm the company if he will want to. We’ll see. We don’t have big problems in management,” said a noncommittal Bertelli, who, at age 72, dismissed any idea of retiring. “Retirement is associated to a physical and mental state. It’s a silly myth in an old society.”

“Why is everyone selling? Ask yourself — I never sold anything, I always bought.” When one reporter reminded Bertelli of the sale of the Jil Sander brand, once part of the group’s stable, the executive was unfazed and said he would not have sold the brand “had there not been the Twin Towers [attacks], the crisis, we were going public.” Asked if he was eyeing other acquisitions, he said that prices have spiraled out of control. “At the time, prices were interesting.” (In November 2001, Prada also sold its stake in Fendi to LVMH Moët Hennessy Louis Vuitton.)

While Prada Group has 21 production sites as of Dec. 31, including one in Limoges, France, and one in Northampton, England, for Church’s, the company’s event on Friday showed the luxury house is opening up and emphasizing communication, which Bertelli said more than once was “fundamental.” He also noted that Prada’s 12,000 employees around the world are kept in the loop on the group’s events and activities through an internal newsletter.

More plants are on the way, too: A leather goods factory will open in Romania in 2020, he revealed, noting that 80 percent of production is internal or through controlled facilities. “Internal production helps speed up lead time,” he said. “When I started opening plants, people, the press, said I was crazy, then others followed my lead at the end of the Nineties.” He also took the time to scold the Italian press that was always asking him and his peers, naming Diego Della Valle, if the employees were Italian. “What is it with this question? This is prejudice.”

Bertelli said Prada has been focusing on sustainable activities for many years, conversely to “others” who he felt have jumped on the bandwagon. “The Arezzo area [where Valvigna is located] has been treated badly by chemical companies and the goldsmith industry. We respect the territory, down to the attention to waste. Nobody talks about how waste is handled,” he said.

Prada purchased the land and the abandoned plant that made concrete roof tiles on the site in 1998, buying the bordering properties over the years, and the new industrial headquarters were completed last year; they now employ 785 workers. When asked about the use of artificial intelligence, Bertelli said he did not believe in robots for luxury — “perhaps for sneakers,” he conceded.

The Valvigna site houses the production division and the development of the Prada and Miu Miu leather goods collections; warehouses for raw materials, comprising 3 million square feet of hides and between 250,000 and 300,000 swatches of fabrics;  the archives of the leather goods and footwear collections, which include 67,000 shoes and 9,000 bags; offices for general services and industrial administration; an auditorium; systems areas, and the group’s data processing centers.

Taking a walk around the venue is a feast for the senses. There is a system of lightweight trellises covered in grape vines and mulberries, pomegranates, and jujubes, with beds of lavender, 33 trees, 29,000 bushes and 8,700 climbing plants. The complex includes four buildings and the total area covers more than 1 million square feet.