The e-commerce threat to brick-and-mortar may have been somewhat exaggerated, according to some real estate executives. 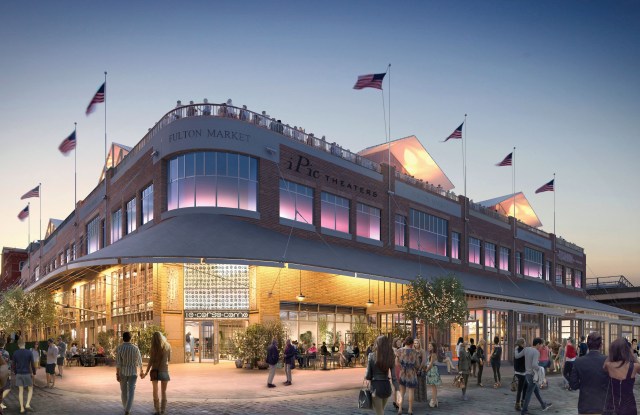 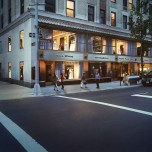 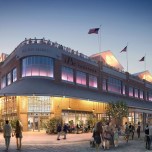 After several years of existential soul-searching — what is a store and what’s the point of shopping centers in the digital age — retailers have decided that consumers, to paraphrase Sally Field’s awkward Academy Awards acceptance speech, “like us, they really like us.”

This story first appeared in the December 5, 2016 issue of WWD. Subscribe Today.

The e-commerce threat to brick-and-mortar may have been somewhat exaggerated, according to some real estate executives, who cite the continued migration “across the aisle” of digital brands such as Amazon, Google, Moda Operandi and Rent the Runway to bolster their point.

Todd Caruso, senior managing director of CBRE’s retail owner/agency practice in the Americas, cited a study by Forrester Research that found brick-and-mortar-based e-commerce sales are growing faster than sales of pure-play e-tailers. “We’ve all seen examples of e-tailers that started online and evolved to brick-and-mortar,” he said.

Caruso said “smart” shopping centers such as Atlantic Station in Atlanta could be a blueprint for the future of the industry, with ice skating, a parking app, a calendar of events that includes wine nights, board game nights and tailgate parties for Georgia Tech and University of Georgia games.

“Altantic Station has been through a nice evolution over the last five years,” Caruso said. “One of the biggest areas of differentiation is its use of social media.”

“E-tailers are embracing brick-and-mortar,” said Ken Bernstein, president and chief executive officer of Acadia Realty Trust. “It’s pretty encouraging and feels much better than the overblown worry that consumers were just going to sit on their couches.

“We’re getting better visibility about how retailers are adapting,” Bernstein added. “They’re sharing more data. Just seeing retailers’ commitments to omnichannel is exciting. We’re seeing traditional retailers making investments into channels that provide price transparency and authenticity. Those that are investing and reinvesting in omnichannel models are winning.”

At this time last year, consumers were stuck in neutral as the much-touted economic recovery failed to deliver enough jobs to stimulate spending. Spirits are expected to swell at the International Conference of Shopping Centers’ New York National Deal Making Conference, Dec. 4 to 6 at the Jacob K. Javits Convention Center.

“There’s a level of optimism,” said Tom McGee, president and chief executive officer of the ICSC. “We think sales for the holiday season will be up 3.3 percent.” Attendance is up 10 percent to 10,500 to 11,000. With the industry enjoying high occupancy rates, McGee said centers are “focusing on experience, food, entertainment and customer service. The ante’s been raised.”

And as the industry turns its attention to ICSC in New York after real estate executives attended Mapic in Cannes, France, last month, many of the same trends are expected to be talked about, including:

• The continued development of omnichannel capabilities;

•  The focus on the visitor not as a customer, but as a “guest,” with more services such as smart parking;

• The growth of the rental economy, seen in services from Uber to Airbnb or Rent the Runway;

• The adoption of virtual and augmented reality at malls to improve visitors’ experiences;

•  The growth of food offerings.

“We’re hearing a big buzz about food halls in Miami and New York,” Naveen Jaggi, president of retail brokerage and capital markets at Jones Lang LaSalle Inc., said. “Food is a big part of development today. But how many can be distinctive and unique enough to be compelling?”

So far, there seems to be no shortage of star chefs willing to do food halls. Thomas Keller is overseeing Hudson Yards dining concepts, including a European-style food hall. Jean-George Vongerichten will open a market at the Seaport. Casa Tua is opening an Italian food hall at Saks Fifth Avenue at Brickell City Centre in Miami.

Overall, though, the industry is relatively upbeat despite the obstacles. “I’ve been listening to retailers and they are very bullish,” said Jaggi. “The U.S. consumer has more money in his or her pocket. This is the first uptick we’ve had in wages since the Great Recession, and fuel costs are down. Most retailers by now have gone through portfolio optimization. We’ll likely not to see in 2017 the level of announced closures as we had in 2016.”

“Even with all of the challenges, there’s still a confidence that the world hasn’t ended, the stock market hasn’t crashed and there are opportunities,” said Robin Abrams, executive vice president of Lansco Corp., referring to the recent presidential election.

Abrams said foreign retailers are talking about the challenges and realities of doing business in the U.S. European brands that were seeking a partner for entering the U.S. market “are learning that utilizing partners is rare and not the norm in the U.S.,” she said. “If you want to control the business smartly and cautiously, you have to open company-owned stores.”

Brands intent on planting a flag in U.S. soil include Dyson, the vacuum cleaner manufacturer, which sells small electronics such as a blow dryers, which consumers can test drive at the complementary blowout bar.

Canada Goose, Mr and Mrs Italy and Saint James are among the foreign retailers that broke into the U.S. market this year.

“Most global retailers acknowledge that they need to open a couple of showcase stores in the U.S.,” Abrams said. “Some value players exploring the U.S. may not be focused on key urban areas.” While there aren’t many luxury brands looking to enter the U.S., a fair number of contemporary fashion and shoe retailers are looking, she said.

“My team just came back from Mapic,” Bernstein said. “The U.S. is a critical place for any retailer with global ambitions. They want to establish their brands in key gateway markets. Both global and U.S. brands are recognizing the shift to urban locations where they can present brands to consumers where they work, live and play.”

“Landlords and tenants are all getting much more proactive,” said Joanne Podell, executive vice president of Cushman & Wakefield. “They’re saying, ‘Let’s get back to business and make deals.’ It’s been quiet for the last year because there’s been some uncertainty. There’s been a lot of availability and a lot of store closings.”

“Nobody wants to have empty stores,” Caruso said. “Vacancies cost money. I see a pick-up. I think we’ll see some good deals getting done.“

The big continue to get bigger. Simon Property Group’s recent expansion of King of Prussia in King of Prussia, Pa., is a case in point. The mall’s footprint increased to 2.6 million square feet, earning it bragging rights to the second-largest shopping center in the U.S., after the Mall of America.

The company said it has 32 properties in the U.S. and Europe undergoing redevelopment and expansion projects.

The opening earlier this month of Simon’s Clarksburg Premium Outlets in Clarksburg, Md., “was the strongest opening weekend of an outlet center we have ever seen,” said Mark Silvestri, chief operating officer of Simon’s Premium Outlets platform. “The majority of stores are far exceeding their sales plans, many by three to four multiples.”

Vacancies and lower rents in Manhattan have started impacting rents in prime shopping corridors in New York. As a result, there’s been a new pragmatism from landlords, that’s bringing previously unyielding property owners to the table.

According to the Real Estate Board of New York, average ground-floor rents in 11 of the city’s top retail corridors declined in the fall.

“While many have reported that the retail environment has softened, we remain optimistic that New York City is the best market in the world and a place where retailers will continue to grow their brands,” said Jordan Claffey, executive vice president of RFR Retail.

And the expansion isn’t limited to Manhattan retail corridors. “I’ve lived in Long Island City since 2012 and have seen tremendous growth,” Claffey said. “While the retail has lagged in comparison to residential development, I’m beginning to notice more and more national retailers making deals such as CVS and Starbucks. Whole Foods is rumored to be scouting sites for its first location in the borough.”

RFR, which acquired two properties in NoHo, is bullish about the area where fitness brands continue to flock and Exquinox is under construction. Fhitting Room is said to be looking for a space. If it lands one it will join Barry’s Bootcamp, CYC Fitness and SoulCycle.

It’s not enough today for a shopping center to provide a nice environment and a good roster of stores. “Experiential,” a word abused almost as often as “curated,” has a slippery meaning that’s even hard for retail and real estate executives to define.

David Weinreb thinks he’s captured the elusive experiential formula. “People are not just coming for the transactional experience, they’re coming for social interaction,” said the ceo of Howard Hughes, which is redeveloping the Seaport in Manhattan. “The experience wouldn’t be nearly as rich and dynamic if we weren’t filling it with content, culture and entertainment.”

The Seaport’s 400,000 square feet of retail, dining and entertainment will be housed in seven buildings, including Pier 17, which is under construction.

In addition to an iPic Theater and a new restaurant from Momofuku chef David Chang, 10 Corso Como will open its first U.S. outpost. The Milan-based concept store mixes fashion fashion, food and more in a tactile, and playful environment.

“I reached out to Carla [Sozzani] almost five years ago,” Weinreb said. “The Seaport embodied the kind of transformational opportunity that she’s created with the store.”

“I’m very pleased to bring 10 Corso Como to the place where New York City was born,” said Sozzani. “The history of the seaport is inspiring and its transformation into a unique destination will be ideal for 10 Corso Como. With its blend of fashion, cuisine, art, music design and lifestyle, 10 Corso Como will create a social gathering space in the city and introduce our distinct shopping experience, which emulates a living magazine, to U.S. consumers.”

“The throngs of people at Westfield World Trade Center need to get into a routine where they do some shopping,” he said. “These things take time to mature. You’ve got some major players there. Brookfield Place may be going through some growing pains.”

David LaPierre, CBRE vice chairman of retail services, was a bit more pointed. “The World Trade Center and Brookfield Place are really young,” he said. “People aren’t performing as great as they will. There have been some successes and some that haven’t hit. It will be highly successful in the long run.” Referring to Brookfield Place, LaPierre said, “Is the merchandise mix correct? Does luxury work well downtown?”

There seems to be little patience for underperforming centers. Mall owners aren’t only considering properties for repositioning, they’re thinking of alternative uses, such as residential, senior living or medical. Centers in inferior trade areas will die slow deaths unless other uses can be found.

PREIT was able to remerchandise and reposition several centers by reducing its exposure to Sears Holdings Corp., going from 27 units four years ago to 11 today.

“We worked directly with Sears and we’re planning to take back three more Sears stores,” Coradino said. “We’re mitigating our risk to Sears.”