In a bid to attract more luxury tenants, including restaurants, mall are expanding with more street-facing storefronts. 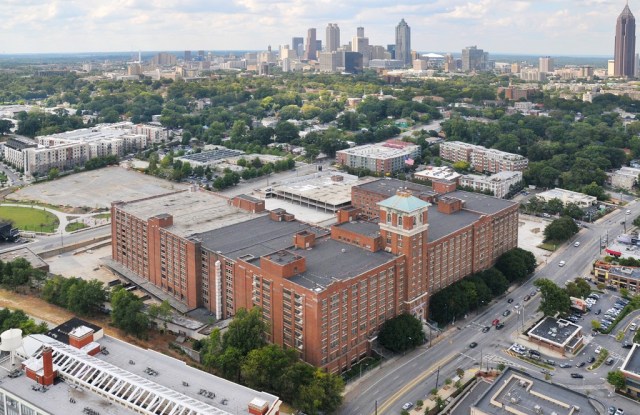 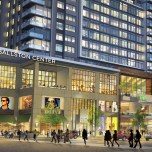 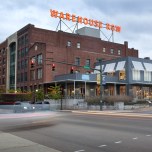 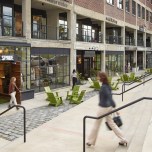 NEW YORK — Malls are turning themselves inside out.

In a bid to attract more luxury tenants, including restaurants, malls are expanding with more street-facing storefronts. The goal is to allow high-end shoppers and diners to go into stores without having to walk through the food court — or the hordes of everyday consumers.

“We’re repositioning our portfolio,” said Emerick Corsi, president of real estate asset services at Forest City. “We’re bringing better department stores, better fashion and more electronic marketing. We’re bringing patio dining and upscale retail. Restaurants are as important as department stores. They do more volume than department stores can do. The average restaurant does $13 million a year. That’s why we want to turn our malls inside out.”

That was one of the main trends at the International Council of Shopping Centers’ conference earlier this week, held at the Hilton Hotel and Sheraton Hotel and Towers, here. The convention was described as “the best in recent years” by participants, who flocked to the meeting; attendance spiked 9.5 percent over last year. Many said the New York confab has grown beyond a regional event to gain national recognition.

The increased attendance reflected a rising optimism among major real estate firms, which increasingly are on the hunt for acquisitions to bolster their portfolios.

Vornado, Thor, Crown and Jeffrey Sutton are snatching up prime real estate in Manhattan and taking a long-term view of the market. Traditional shopping-center developers also are investing in big cities now. Faced with a consolidating market, General Growth Properties has been buying buildings in New York, on Lafayette Street, and Chicago, on Michigan Avenue. In major cities throughout the U.S., other developers are buying contiguous buildings, retooling properties formerly used for manufacturing and other industries and pioneering neighborhoods off the beaten path.

Developers are using every square inch of space in Manhattan, whether landlocked or floating. Young Woo & Associates’ Pier 57, known as the SuperPier, near the West Side Highway, landed its first retail tenant, Opening Ceremony. The Howard Hughes Corp. is making a bid to revive the South Street Seaport, and Hudson Yards reportedly has a commitment from its first retail tenant, Fairway. “This is an island and you can’t make it any bigger,” said Lisa Rosenthal, a broker at Lansco. “What seems hard to get to today, in a few years will seem very much connected.”

While there’s a dearth of land for new malls in top U.S. markets, Taubman said his company has plans to build four shopping centers in Hawaii, downtown Miami, San Juan and Sarasota, Fla. “We’re the only one” doing new construction, he said. “It’s a positive sign.”

“The worst is behind us,” said Benjamin Fox, executive vice president of retail leasing at Massey Knakal Realty Services, referring to the economy. “The New York conference acts as a strong bellwether for industry growth in the year to come,” said Michael P. Kercheval, president and chief executive officer of ICSC. “When the conference sees an increase in attendance the industry grows the following year, if attendance contracts, so does the industry.”

“The industry is healthy,” said Greg Miles, chief operating officer of Australian developer Westfield. “There’s a high degree of optimism. Sales have generally been quite good for a lot of brands. Housing prices in many places are stronger and people’s sense of optimism [has improved]. The West Coast and this area [New York metro] have been very strong due to lifting house prices.

“Our vision of what historically has been called a mall in the U.S. is more like a town center with a variety of uses,” Miles added. “They become not just a place for acquiring, but broader places to visit. There’s a growing trend toward the dining and sociable aspects of shopping.”

Miles said “a lot of European brands have been looking at Westfield World Trade Center,” one of the jewels in the company’s portfolio. It recently acquired the remaining 50 percent of the retail premises from the Port Authority of New York and New Jersey for $800 million. “A number of other retailers are looking to establish a flagship presence. We see it as our job to curate a great mix of retailers [about 150] to attract residents, office workers and travelers.” He said “talks are well along with retailers,” but declined to elaborate.

An influx of foreign retailers has been locating to enclaves such as Madison Avenue between 57th and 72nd Streets, and East 57th Street between Fifth and Madison Avenues. They are being spurred in part by favorable exchange rates. “They [foreign retailers] are operating at a currency that gives them about a 30 percent discount in this market,” said Jeffrey C. Paisner, a partner in Ripco Real Estate Corp. “There’s an inverse relationship between the euro and the dollar.” Some U.S. tenants are looking to malls to generate revenue, he said. “They’re much more economical. The operating costs of street stores are very difficult to sustain profitability. Most of the space is being filled up by foreign demand.”

Brokerage firms are opening overseas outposts to serve the growing trend. Thor High Street Advisors unveiled an office in London to bring foreign retailers to the U.S. and plant American stores overseas. Robert K. Futterman recently opened a London office through a venture with CWM Retail Property Advisors and is expanding into Canada with headquarters in Toronto.

Futterman is bullish on the NoMad district of Manhattan, north of Madison Avenue in the Twenties. “It’s almost Herald Square South,” he said. “It’s one of the next hot neighborhoods.” Futterman also likes Hudson Square, the Bowery, and a new project that’s part of the Seward Park Urban Renewal Area, the largest stretch of undeveloped city-owned land in Manhattan below 96th Street. SPURA will become a mix of housing, open space, a rooftop urban farm, facilities for the community, an Andy Warhol museum and a retail component called Essex Street Crossing.

Brokers said few new retail concepts have emerged, especially in apparel. Brands with a mandate for expansion include Helmut Lang, which “has a big push to reach a broader market,” according to RFK’s Joshua Strauss. Iro, an advanced contemporary retailer based in Paris, is “doing a big U.S. push,” Strauss said. “Iro opened a flagship on Mercer Street and Broome Street six months ago. It’s doing phenomenally well.” Wink, a New York-based brand, is looking for stores in key markets across the country. Also seeking space is Club Monaco, which opened in October a 20,000-square-foot store in the Flatiron District replete with Toby’s Estate Coffee and Strand bookstore outposts. Free People and Urban Outfitters, the growth catalysts for Urban Outfitters Inc., may spawn other concepts. Urban Outfitters ceo Richard Hayne explicitly expressed his desire to make acquisitions during the company’s third-quarter earnings call last month.

Shopping centers have apparently made peace with the Internet. Those that initially saw e-commerce and digital commerce as a threat are now embracing the platforms. “In 2008, we put social media on our Web sites,” said Corsi. “We integrated that with e-mail and linked in our retailers. We’re big into omnichannel. Retailers appreciate that we’ve embraced it. We’re finding that this digital technology blurs the lease line.” Forest City’s shopping centers are all Wi-Fi optimized, he said. “We’re using mapping intelligence to track the cross shopping patterns of our customers.”

“Online shopping was a threat, now it’s a complement to brick and mortar,” Miles said. “We see technology and digital as key. Customers want to do a certain amount of searching before they leave home. They’re interested in knowing that the product they want is going to be available.”