While there are currently many empty retail locations across the city, lease prices in prime locations aren't expected to decrease, according to experts.

The Via Montenapoleone tony shopping thoroughfare.

MILAN — The coronavirus emergency is impacting Milan’s retail real estate sector, causing a spike in the number of empty locations across the city.

If the past lockdown undercut small and medium-sized businesses in several areas, the significant contraction in the number of international visitors is increasingly hitting those companies that have invested in high street locations.

According to research conducted by Deloitte, in Milan the restrictive travel measures imposed by the different national governments to limit the pandemic caused a 78 percent drop in the number of international visitors compared to 2019 and in the Montenapoleone district, the number of unique visitors decreased 57 percent to 3.4 million people compared to last year.

“As an effect of the coronavirus, the Golden Triangle has suffered the lack of foreign consumers and several companies decided to close their stores, temporarily or permanently,” said Sabrina Longhi, head of high street retail for Italy at Sotheby’s International Realty.

“In general, after the lockdown [last spring in Italy], the retail areas that have been more affected are those traditionally frequented by tourists and office people, who are currently working from home,” agreed Issei Komi, founder and chief executive officer of real estate consulting firm Italia Fudosan Real Estate, a specialist in retail operations in prestigious high streets across Italy, as well as in London and Tokyo. “For this reason, the Golden Triangle-Duomo area is suffering more than semi-central zones, such as Garibaldi, Vercelli and Ticinese, which rely more on local residents. In fact, after the summer season, these areas have registered a recovery of consumer spending, with good results, especially in October.”

As reported, in September sales of fashion, beauty, and interior design products, as well as the business of restaurants, bars and cultural institutions, decreased in Italy by 34.8 percent compared to last year. 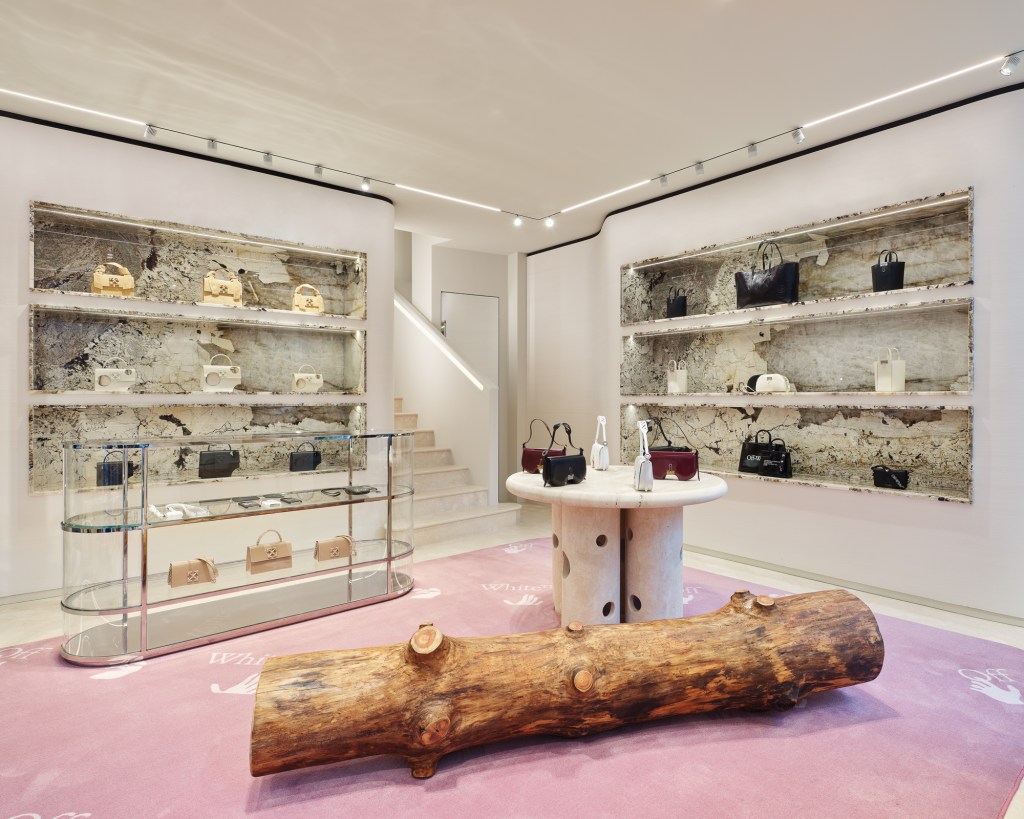 In the city’s Golden Triangle, if Via Montenapoleone is holding on, confirming its leading role on the map of international luxury travel shopping, some surrounding streets are going through a more difficult phase.

“Despite the situation caused by COVID-19, there are no companies that decamped from Via Montenapoleone. Actually, many of our clients, which don’t currently operate stores on the street, are asking for information about possible opportunities there, hoping to find a space,” said Komi, citing Via Spiga and Corso Matteotti as the two streets undergoing more radical change. “In Via Spiga there are many empty locations, but many of them are going under prestigious renovation projects. The works, which will interest whole real estate complexes, will end in 2022. After this transitional period, we might see a rebirth of the street, probably with new retailers and a new product mix, not exclusively linked to luxury fashion anymore, but more connected to the world of food and lifestyle.”

Recently several luxury brands, including Dolce & Gabbana, Prada, Moncler and Tory Burch, among others, closed their stores on Via Spiga, which before the rise of Via Montenapoleone over the past decade used to be considered the city’s most prestigious luxury retail destination.

Currently, central Corso Matteotti also features several empty retail locations, including the massive space that used to house the Abercrombie & Fitch flagship, which closed last December. “Corso Matteotti is also going through a major change. The street has never been defined by a precise product theme, but after the opening of Stone Island last year and with the inauguration of Moose Knuckles in early October, a lease transaction that we developed, I think that in the future Corso Matteotti can become a good alternative to Via Spiga or Via Manzoni, also thanks to the most accessible rental fees,” Komi said.

“Compared to other streets in the center, Via Spiga and Corso Matteotti have seen a bigger turnover this year but there are potential future placements that might completely change the current situation next spring,” said Longhi, who is also positive about the futures of both Via Spiga and Corso Matteotti. “The market hasn’t completely lost its effervescence since some forward-looking players of the sector are snapping up prime locations for their flagships. Big investors are keen to invest, especially attracted by potential great returns in the near future where we expect a real ‘rebound effect.’” 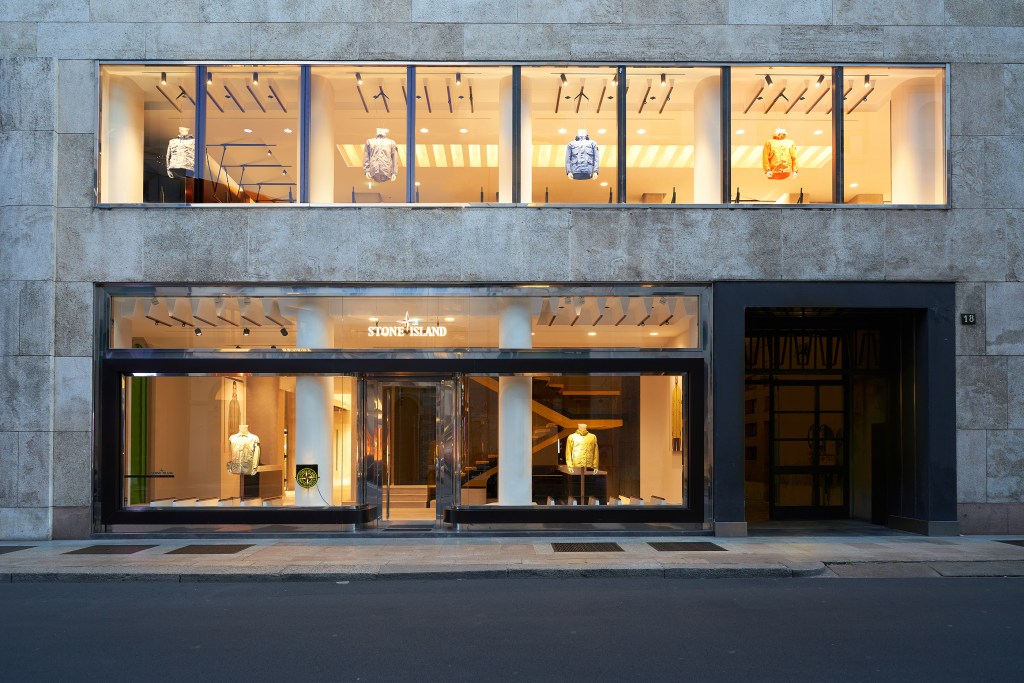 What about leases and sale prices — were they affected by the coronavirus emergency?

“Actually, the only prices that have dropped so far are those of key money requests. Regarding leases and sales, they didn’t register any decreases and I believe that in the Golden Triangle and in the most important high streets, where landlords are mainly real estate funds, insurance companies, banks and Milanese high-bourgeois families, prices will hardly drop even if this will cause a slowdown in the recovery of the transactions,” said Longhi.

“As always, prices depend on the relationship between supply and demand,” explained Komi. “In streets like Via Montenapoleone or Via Sant’Andrea where the demand remains high, also in this current situation, rental fees are stable. In other streets, where the supply is higher, as Via Spiga, Via Manzoni and Corso Matteotti, we haven’t currently registered a drop of lease fees, but if this complicated situation would last, we might see small drops in prices during the next two or three years, to return to pre-COVID-19 fees by 2022-2023. Currently, there are no sales of retail spaces, so we expect that prices will remain stable.”

Komi also noted that there now might be more opportunities to find appealing locations for temporary stores in high-end districts. “A possible opportunity will be the opening of pop-up stores for one or two years in luxury areas. Currently it’s really hard to find this type of location, but, due to the current situation, some landlords might consider this option,” he said.

Among the different consequences of the pandemic, both Longhi and Komi highlighted the further development of new retail areas in more residential neighborhoods.

“There are areas that were growing also before the emergency, leading to flows in different commercial areas across the city,” said Longhi. “The Golden Triangle, along with Via Durini and the Design District, will remain the focal point for the world of luxury, but the new midrange shopping avenues which emerged as extensions of the principal hubs will continue to grow.”

In addition, Komi cited NoLo, the area around the Prada Foundation and the Valtellina neighborhood as new districts on the rise.

Outside Milan, the pandemic has affected key tourist destinations such as Florence, Venice and Rome.

“Those cities that we define as ‘art destinations’ have been significantly impacted by the lack of international tourists caused by the travel limitations imposed by the different countries, even if last summer we saw a brief uptick in the number of visitors coming from Germany, Holland and France. However, this was a ‘touch and go’ type of tourism, which didn’t bring any positive effects to luxury retail,” Longhi explained.

According to Komi, Florence has been the most affected so far. “Florence seems to be the one facing the most critical situation because of the lack of American tourists, while Rome and Venice since July have seen the return of European tourists. However, they still registered significant losses compared to 2019,” he explained. 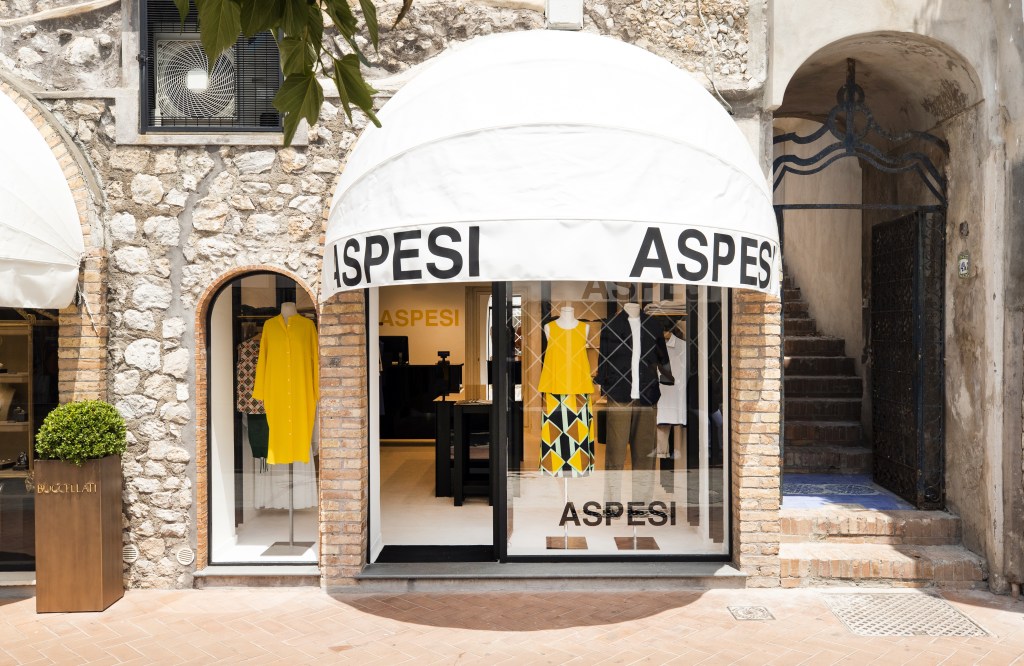 The new Aspesi store in Capri.  Courtesy of Aspesi

Although “many wealthy Italian families have decided to move to their second homes” at this critical moment, Longhi said, the situation is not much more positive in the country’s resort destinations. While during the summer restaurants in key holiday destinations performed well, “retailers registered decreases in sales of between 25 and 30 percent, compared to the same season last year, since they suffered from the lack of international tourists who are generally keen to shop during their holidays,” Komi said.

“The impossibility to travel and socialize has strongly reduced the footfall” in cities such as Milan, Rome and Venice, “clear luxury travel destinations for the majority of the international tourists, such as the Chinese,” commented a BCG spokesperson. “However, in BCG we expect this effect to be only temporary since, according to the latest BCG x Altagamma ‘True-Luxury Consumer Insights,’ luxury consumers confirmed that they cannot wait to be able to travel again, for leisure, in the future.”

In addition, even if BCG expects that “online will increase its share, both in pre-purchase and purchase, by at least 20 percentage points over the next five years,” at the same time, “physical stores will remain the most prevalent purchase channel in the future, with many of the journeys starting online to still end in the physical store for at least half of all purchases. Brands will simply need to redefine the role of the stores to fulfill the new customers’ journeys, needs and evolution.”