U.S. retail vacancy rate was up 20 basis points in the first quarter, according to research firm Reis Inc.

By Sharon Edelson on May 3, 2010
View Slideshow 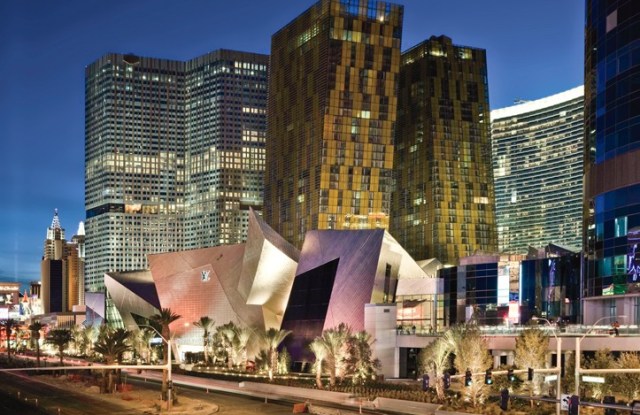 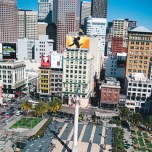 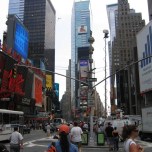 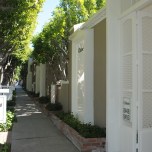 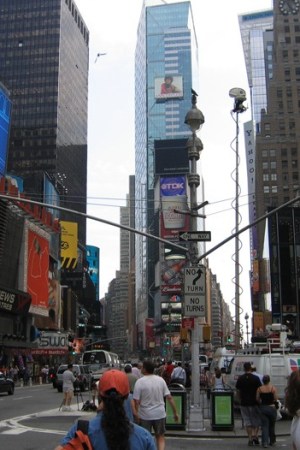 Rents are rising in Times Square. 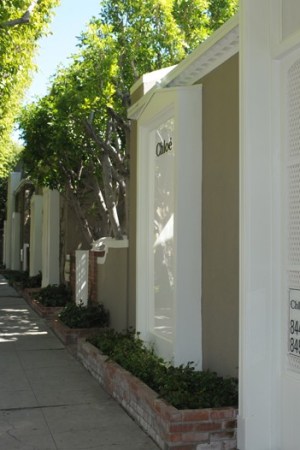 Vacancy rates are up on Melrose Avenue.

There are flickers of hope in the beleaguered retail real estate industry.

Vacancy rates are down in several cities and fewer retailers are asking landlords for rent reductions. In San Francisco, leases that were on hold for as long as a year are being dusted off and signed, local brokers said. Two mixed-use projects with large retail components are moving forward in Chicago. Meanwhile, rents have increased modestly in several Manhattan neighborhoods.

Still, plenty of indicators point to a painstaking recovery. While the pace of decline in the retail real estate sector has slowed in the last year, vacancies overall continue to rise.

“Although it appears that we have reached the end of the technical recession, Reis does not foresee an improvement in retail fundamentals for at least another 12 to 18 months,” said Ryan Severino, an economist for the New York-based firm, in a note accompanying the data. “Though the economy has improved, this was largely due to business and not consumer spending….Until we observe systematic and consistent increases in employment and sales, we do not expect to deviate from our rather pessimistic appraisal of the retail market.”

“Right now, the better malls have been experiencing an upsurge in the last few months,” said Jeffrey C. Paisner, retail broker at Ripco Real Estate. “It’s been that way at South Coast Plaza in Costa Mesa, Calif.; Bal Harbour Shops in Bal Harbour, Fla., and Highland Park Village in Dallas, where sales are up in the double digits. We’re not talking about vacancies, we’re talking about performance. The issue is what the sales are center-wide and they’re all spiking up now. Sales aren’t up in Las Vegas the way they are in other centers. A disproportionate amount of sales in Las Vegas relies on tourism and that sector of the market is not as healthy. People haven’t gotten over the psychological hump of spending their money unwisely.”

There have been highlights in Las Vegas, however. Gregory’s, a new two-story shoe store at the Venetian’s Canal of Shops that’s as glitzy as the city, sells $3,895 silver jewel sandals by Lesilla and Lorenzi Goddess platform shoes for $2,295.50, and received a flurry of publicity when Mariah Carey walked out with two-dozen pairs of shoes, Paula Abdul paid it an after-hours visit and Courtney Love tried on $3,000 Crystallized-Swarovski Elements stilettos.

The jury is still out on the Crystals, the 500,000-square-foot mall that’s part of the massive City Center. “The fact that they moved forward and opened the center is certainly a positive sign,” said Kara Roberts, a spokeswoman at the Las Vegas Chamber of Commerce. But hotel room prices “have gone down significantly, from $300 to $400 a night three years ago to $100 to $150 per night now,” she said. “Vacancy rates went down for a little bit, but then went back up.”

The fate of several mixed-use projects in Las Vegas remains uncertain. “The Plaza Hotel project is completely put on hold, the Fontainebleau was stopped midproject,” Roberts said. “The tower looks completely finished. Some investors were interested in buying it for pennies on the dollar. However, the Cosmopolitan, with 300,000 square feet of shops, will open between September and December.”

Las Vegas remains a focus for the sector in more ways than one. Jesse Tron, a spokesman for the International Council of Shopping Centers, said attendance for the 2010 ReCon conference, May 23 to 25 at the Las Vegas Convention Center, is tracking ahead of last year’s 30,000, and will have about 31,000 attendees. Exhibitors are on par with last year, with about 1,000 booths.

“There’s been a lot of activity,” said Joanne Podell, a broker at Cushman & Wakefield. “There’s increased interest among retailers and owners.” Podell pointed to deals such as Whole Foods Market on East 57th Street, Nordstrom Rack in Union Square, Uniqlo on Fifth Avenue and TJ Maxx at 57th Street between Broadway and Eight Avenue as evidence that retail in New York is strong. “There were 22 or 23 stores vacant on Madison Avenue a few years ago and now we’re down to six or eight.”

“I’m feeling generally a little better about what’s going on,” said Andy Graiser, co-president of DJM Realty, which purchases, evaluates, restructures and disposes of real estate and mitigates leases nationwide. “Except for the ‘A’ malls, the rent levels aren’t what they were. We’re seeing more temporary stores than before. Toys ‘R’ Us is doing a temporary concept and Wal-Mart wants to do temporary Halloween stores.”

Graiser said that throughout the U.S., he’s getting a lot fewer requests for rent adjustments. “Landlords are leaning more toward rent deferrals than rent reductions,” he said. “We’re starting to see some absorption of big boxes such as Goody’s and Movie Gallery, which put 1,500 locations on the market. Blockbuster closed a lot of stores. Charming Shoppes, Foot Locker and The Walking Company closed stores this year. On the other hand, Zara, Target, Best Buy Mobile, Rue 21, Save-A-Lot, Starbucks, Marshalls, Michael Kors and Hugo Boss are opening stores.”

Economic recovery is slowly coming to California, but the state’s rebound may lag behind the nation’s pace because of high unemployment and a weakened housing market, according to Jack Kyser, founder of the Kyser Center for Economic Research at the Los Angeles County Economic Development Corp. “Consumers are out, but they’re still focusing on value,” Kyser said. “If you go to a major mall you see people carrying shopping bags, but the smaller centers have empty storefronts and strip retail is struggling. We’ve overbuilt retail in the whole state of California. We’re still filling in spaces vacated by Circuit City, Mervyns and Linens-N-Things.”

Several major projects in Los Angeles are indefinitely stalled or scuttled. The Grand, a $3 billion plan consisting of condominiums, luxury hotel rooms and retail on Grand Avenue on Bunker Hill, is stalled, although the Grand Avenue Committee, which advises on development of the project is negotiating with Eli Broad, who would like to build his museum there. L.A. Central, a mixed-use development with 250,000 square feet of retail, was “dead in the water,” Kyser said, because owner Moinian Group was facing foreclosure on the property near the Staples Center. Moinian’s lender recently agreed to extend financing for what will be a scaled-back version of the project.

“The overall economy is starting to recover,” Kyser said. “A lot of public works-type projects are under way.”

“Rodeo Drive and Melrose Avenue are going through a lot of dramatic changes,” said Robin Abrams, a broker at Lansco. “There’s been a lot of turnover. A couple of owners were buying up alot of property on Melrose Avenue and trying to create synergy with designers such as Marc Jacobs and Diane von Furstenberg. Unfortunately, the market changed. The growth that began there has been put on hold. Tenants won’t consider Melrose Avenue at this point.” The vacancy rate on Melrose Avenue between Fairfax and La Brea rose from 5.5 percent in 2008 to 10 percent last year.

Abrams said Melrose Avenue is in transition, much like Oak Street in Chicago. “Oak Street looks like it’s decimated and maybe needs to redefine itself,” she said. Seeds of rejuvenation are under way. “Moncler is said to have a lease out on Oak Street in the former Barneys New York space and Hermès is going to move into the corner portion of that building.”

Elsewhere, near Miracle Mile, Marc Jacobs opened a store on Rush Street at the base of the Elysium Hotel. Abrams said there’s a plan to demolish the Esquire Theater on Oak Street and build a tower with 16,000 square feet of retail space at the base. The Ritz residences is being developed on Michigan Avenue with room for three two-level stores, each between 5,000 and 7,000 square feet.

Despite these signs of improvement, caution reigns throughout the sector, given the economic fundamentals. “When I look at the jobs picture, that makes me a little pessimistic because we’re not seeing much movement in jobs,” Graiser said. “There’s still a lot of concern because at the end of the day, the retailers have to sell stuff and the job situation is really bad.”