There are big plans for the area known as the “south Bund” — in fact, overwhelming plans. 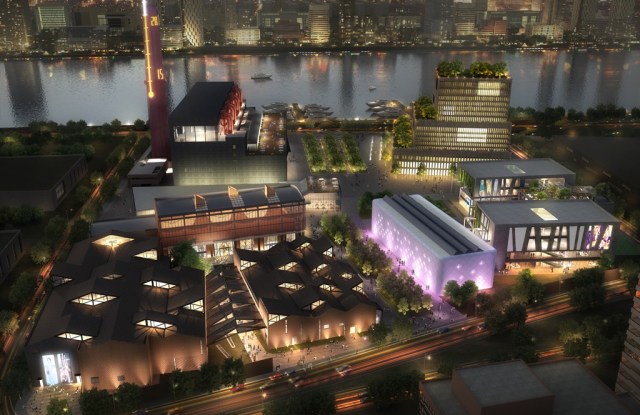 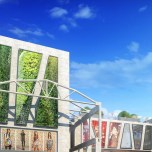 In this metropolis of more than 20 million people, the waterfront alongside the Huangpu River, which cuts through the heart of the city and is known by locals simply as the Bund, receives an inordinate amount of attention due to its posh hotels, upscale restaurants, luxury-brand storefronts and stunning views of the skyline of Pudong, the district across the river where towering skyscrapers sprout up as quickly as new trees in the spring.

However there is a section of the Bund that could soon overshadow, or at least compete with, the historic part that has stolen the spotlight for so long. It is located about a mile south of the developed portion of the waterfront, and thus is mostly referred to now as the “south Bund.” There are big plans for the area — in fact, overwhelming plans.

According to David Roth, chairman and founder of 8 Squared Inc., a real estate firm specializing in the redevelopment of landmark sites into mixed-use developments, the south Bund area is at the top of the Shanghai government’s priority list and was pinpointed in the last five-year plan as a key area to transform.

“The way the government is viewing this is that it should be a new city center,” Roth said. “This is a critical real estate development from the municipal government’s perspective.”

The development of the area extends across the Huangpu to the former World Expo site in Pudong, where there already is the Mercedes-Benz Arena, exhibition halls and luxury hotels. It will stretch all the way to the Lupu, one of the major bridges across the Huangpu.

Roth’s firm is working on Heritage Showcase Shanghai, a project located on the grounds of the World Expo, which was held in the city in 2010. Encompassing eight buildings, the project is located next to the Power Station of Art, a contemporary art museum that opened in 2012 in a renovated power station reminiscent of London’s Tate Modern. Heritage Showcase Shanghai will meld fashion with art, providing spaces for luxury and lifestyle brands to hold events, showcase collections and display exhibitions focused on a brand’s heritage, craftsmanship and future, Roth said. The project will also have a television studio where brands can produce content to showcase their stories to Chinese consumers, as well as event spaces for fashion shows and product launches. It is slated to be finished this fall.

“We are doing something that is really transformational,” Roth said. “It will be on par with the Tate Modern in London or the Museum of Modern Art in New York.”

The south Bund area is also evolving with better transportation, restaurant options and new luxury hotels, all of which, in combination with the museum and cultural projects in the works, will create a destination focused on sophistication, art and culture, according to Joel Stephen, director of retailer representation at real estate firm CBRE China.

“Shanghai has got to the stage of sophistication where residents here are ready for a bit more culture and experience,” Stephen said. “This is something that Shanghai as a city is missing in an organized way. The customer has gone beyond requiring just stores and restaurants. They want experiences, culture and a destination where they can spend an afternoon.”

There is much more slated for the area. According to Roth, nearly 10 office complexes will be built, which will be home to the global headquarters of massive companies like Chinese e-commerce giant Alibaba. An existing marina will be transformed into a yacht club where owners can park their vessels without paying taxes. Additionally, the promenade located on the original Bund waterfront is being extended and a ferry service will be available for easier access.

A new financial hub will also be built nearby. Part of that development will include the Bund Finance Center, which is being created by Fosun Property, the real estate arm of Fosun International Ltd., one of China’s largest privately owned investment groups, which acquired One Chase Manhattan Plaza in New York last year. The 4.5 million-square-foot center will include office space, a luxury shopping mall, boutique hotel and arts and culture center, according to Fosun. It is slated to open in 2015.