This year, the shopping center will welcome some 25 new stores. 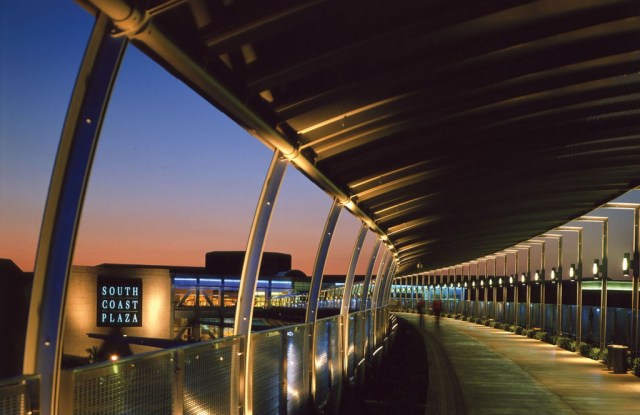 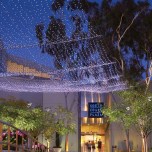 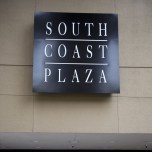 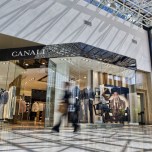 In its 45th year, South Coast Plaza is expected to generate $1.5 billion in gross retail sales, placing its volume near or above the entire city of Beverly Hills.

The success of the Costa Mesa, Calif., shopping center wasn’t always a forgone conclusion, Henry Segerstrom, managing partner of South Coast Plaza owner C.J. Segerstrom & Sons, told guests gathered Sept. 19 for a dinner at Hotel Bel-Air in Los Angeles to celebrate its anniversary. It took persistence to nail brands such as Halston and Courrèges in the Seventies to solidify South Coast Plaza’s positioning as a luxury destination distinct from the retail masses.

“There were a lot of doubting Thomases and one of the top real estate firms in the Los Angeles basin thought that we wouldn’t succeed, but they were wrong in spades,” said Segerstrom, who noted the shopping center opened in 1967 before the completion of the 405 Freeway, a major thoroughfare that connects Southern California communities. “South Coast Plaza in 45 years has grown and matured to a significant degree because of the influx of population and sophistication of the residents,” he said.

South Coast Plaza, which registered $1.4 billion in gross retail sales last year out of 250 stores and 2.8 million square feet of retail and dining, isn’t done evolving. This year, the shopping center will welcome some 25 new stores. It’s updating the Crate & Barrel-Macy’s Home wing launched in 1986 and attached to the rest of the center with the Bridge of Gardens in 2000 with stores like Stade Co. from The Closet founder Billy Stade, Lululemon, Anthropologie, West Elm and Joe’s Jeans. “Our intent is to create a lot more diversity,” said Anton Segerstrom, Henry’s son and a partner in C.J. Segerstrom & Sons.

In the main building, Diane von Furstenberg and Roger Vivier opened South Coast Plaza stores in April, and J. Crew Men’s and Kurt Geiger joined the retail lineup in August. Ugg Australia opened this month, and Vacheron Constantin, M Missoni, Barbara Bui, Red Valentino, Jaeger-LeCoultre and IWC Schaffhausen will follow it into the shopping center this fall. Berluti and Lanvin are slated for next year.

Talking about her decision to locate a store at South Coast Plaza, Barbara Bui said, “My work has always been appreciated on the West Coast, and I always wanted to have more exposure in California. After the success of our Rodeo Drive opening, the second destination for luxury shopping in California was obviously the South Coast Plaza, where I know I will meet with the real Californians in Orange County.”

In addition to Californians, about 9 percent of South Coast Plaza’s more than 22 million visitors a year come from outside the U.S. Shoppers from beyond Orange County account for 35 to 40 percent of its business. Illustrating the significance of international tourists to South Coast Plaza, Anton Segerstrom mentioned the single biggest China UnionPay purchase was made about four months ago at a jewelry store in the shopping center. The purchase was in the six figures and prompted the chairman of China UnionPay to make a visit to South Coast Plaza to check out where his customer spent so much money.

Henry Segerstrom, an early proponent of reaching abroad to draw South Coast Plaza customers, said, “The incremental cost of the tourism business is minimal, so it is a very profitable part of our business.” Tourists helped the shopping center’s sales climb 17 percent in August compared to the same month the prior year, continuing a long string of double-digit percentage sales increases the center has experienced since the depth of the Great Recession. “The sales have been robust, consistent and strong,” asserted Segerstrom.