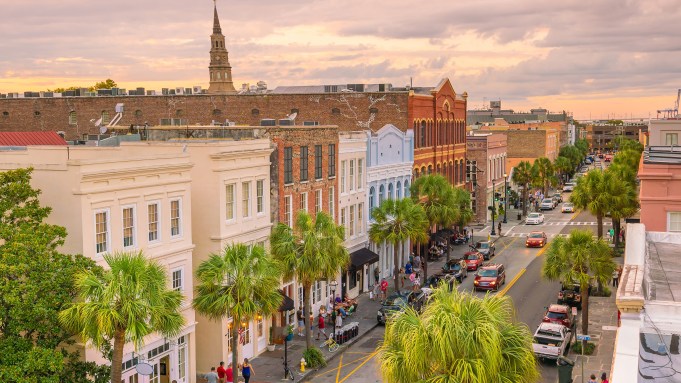 After several fits and starts over the past decade, the retail real estate market is red-hot in the Southeastern U.S., with the so-called “experience economy” driving the shape and scope of projects.

Industry sources noted that retail brands continue to increase the number of new bricks-and-mortar stores in the region as well as redevelop and refurbish existing units. From grocers and “supercenters” to midsize apparel brands, the Southeast has significantly expanded its retail footprint over the past few years, despite consumers’ growing preference for e-commerce.

Driving this growth is a solid regional economy along with support from above-minimum wage job growth and an influx of higher-paying jobs that are coupled with an overall lower cost of living. Tourism also plays a key role. Southeastern states Alabama, Florida, Georgia, North Carolina and South Carolina combined would form the sixth-largest country in the world by GDP and the fastest in population growth rate, according to a CBRE report. Standout states Georgia, North Carolina and South Carolina each boast healthy consumer demographics that are drawing in businesses and investments.

But that does not include large-scale speculative shopping center development, according to sources. Urban and mixed-use retail are the focus of developers while e-commerce is fueling construction of fulfillment centers.

Two sectors undergoing large-scale expansion in the Southeast are grocery and restaurant retail. Grocery chains such as Phoenix-based Sprouts Farmers Markets has opened over 10 stores in or nearby Atlanta, Ga., since 2014, as well as Publix, Whole Foods and Trader Joe’s, which have also invested more stores in the region.

To keep up pace with Atlanta’s massive growth, plans were revealed to build a $300 million retail and residential mixed-use complex, Jodeco Atlanta South, to meet the need for luxury and upscale amenities in the area. The complex will house retailers, restaurants, an entertainment hub, amphitheater, wetland preserve, outdoors fitness space and “sophisticated” residencies.

And despite a flurry of store closures across the U.S. from major retailers, Target Corp. and Dollar General have opened units in the region. And as e-commerce continues to grow, fulfillment centers have also been built to meet the online demands of Wal-Mart Stores Inc. and most recently Amazon. The latter just revealed plans to open a third fulfillment center in Jefferson, Ga. It’s expected to employ over 500 people. According to Indeed.com, fulfillment center positions pay between $10 and $12 an hour in Georgia, which compares to the state’s $7.25 an hour minimum wage.

Brick-and-mortar retailing is also growing in the state. Women’s apparel brand South Moon Under will have opened a total of three stores in the Atlanta area by the end of this year. The company confirmed its Southeast expansion after noting the region’s impressive demographics and alignment with its customer base. Michael Smith, the chief executive officer of South Moon Under, told WWD, “Atlanta was always a very strong retail market and it also meshed well with who our customer is,” he said.

McCall King, senior research analyst at CBRE, said the Atlanta market is “growing rapidly, and its population of over five million people has a diverse set of interests and market demands. Generally speaking, the retail market and its outlook can be carved into two key areas: the urban core and its surrounding suburbs, each experiencing economic expansion in different ways.”

King noted that the urban and mixed-use retail growth development seen nationally is reflected in Atlanta. “The urban core has seen a significant amount of transformation in recent years, supported in part by projects located along Atlanta’s Beltline,” the analyst said in a research note. “Ponce City Market, a redevelopment success story located in historic Old Fourth Ward, transformed the former Sears & Roebuck warehouse into a mixed-use development.”

The CBRE analyst added that a “lack of large shopping center construction nationally is also evident in Atlanta. While the grocery store sector is active with multiple Kroger, Aldi, Sprouts, Whole Foods and other grocery stores under construction, these centers do not contain a significant amount of speculative space like they would have during the last development cycle.”

The Carolinas are experiencing similar retail trends — and for the same reasons as Georgia. Economic development growth is driven by a high quality of life and lower cost of living as compared to other U.S. regions as well as a healthy job market. And retail plays an important part. In North Carolina, the retail industry is the largest private employer in the state, with more than 60 retail brands establishing headquarters or distribution centers across the area, according to the National Retail Federation.

Smith said South Moon Under is considering expansion to the Carolinas, particularly Raleigh, Durham, Chapel Hill and Charlotte, because of the cities’ promising growth and economic upswing. “We’re also looking at Charleston, which is a very strong but competitive retail market and it has such a great tourism base that’s always [complementary] to our business as well,” he added.

The City of Charleston, S.C., has an employment growth rate 4.5 times faster than the U.S. average, with advanced industries’ employment growth outpacing the rest of the nation at 21 percent, stated a report by Charleston Open Source. It boasts a lively IT community, ranked number one for midsize metro IT job growth, according to city officials. Opportunities for high-tech also proliferate in the area, creating a Southeast hub for technology jobs.

Retailers opening new locations in the Charleston area include Starbucks, Vans, a second Whole Foods and the renovation of a Wal-Mart superstore. There’s also a large-scale, $5 million renovation of the city’s Ashley Oaks Plaza, a strip mall near Charleston, which is being retrofitted with retail stores and restaurants, speaking to the city’s anticipated growth over the next decade.

Florida has its bright spots as well, which include an influx of investment in the Miami-Dade region. The Southwest portion of the state is also experiencing significant growth. Researchers at Cushman & Wakefield noted in a report that the retail sector in that market “continues to report positive growth with increased asking rates and decreased vacancy rates.”

“A positive trend in absorption supports a rise in demand with some of the most notable leases including the 41,500-square-foot deal with Wal-Mart Neighborhood Market in the Cape Coral submarket,” the authors of the report said, adding that Cape Coral was cited by Forbes magazine as one of the fastest-growing cities in the U.S. “Growth in the retail market is expected to continue, with an increase in population and Baby Boomers and Millennials looking for more retail options.”