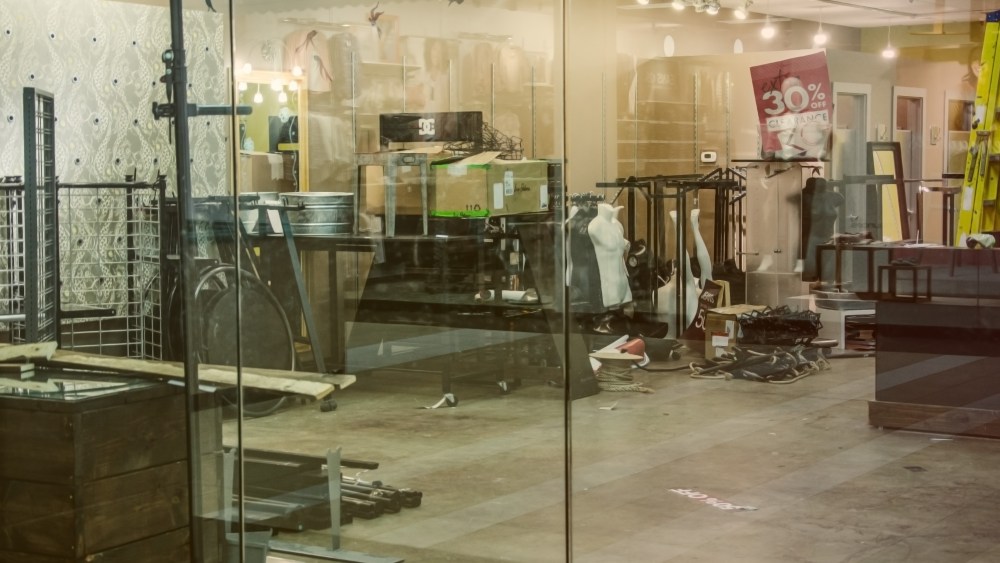 That is the number of stores retailers revealed this week alone that they planned to shutter. The number includes 400 Payless ShoeSource stores nationwide as well as the Polo flagship on New York’s Fifth Avenue.

The closures added to the seemingly unrelenting drumbeat of store closures, which has gone from a trickle in the past to a flood. So far retailers have revealed nearly 1,500 store locations that will go dark in 2017 — and the year is only four months old.

The pressures of changing consumer tastes and the increase in online shopping are shaking the industry in ways not seen in decades. Bankruptcies seem to occur weekly — from The Limited, Wet Seal Inc., BCBG Max Azria Group and American Apparel Inc. to Gordmans, Gander Mountain and, now, Payless.

The expectation of analysts and observers is that more retail bankruptcies — thus more store closures — are on the horizon. “What we’re seeing is most of the lower-end retailers getting into trouble, and many could end up filing. This is going to hit the malls,” said Jeff Gleit, a partner at Sullivan & Worcester in its restructuring and insolvency group.

Gleit said for many pressured retailers, there are fewer financial options to keep them out of bankruptcy, particularly as many lenders who were willing to lend money in the past are looking at the balance sheet and deciding “no more.” He also noted that with interest rates on the rise, struggling retailers will be hard-pressed to refinance their debt, either because of onerous terms or because of a pullback in spending by consumers — and hence less income coming in — to service the debt.

Holly Etlin, managing director in AlixPartners’ turnaround and restructuring group, also expects more retail bankruptcies and said they will have an impact on the mall operators, as well as a “downward impact on other retailers in the mall.”

Etlin explained that as store vacancies grow, traffic in the malls also falls. That means that if a store is performing marginally and mall traffic declines due to other vacancies, the marginal store now might end up on a store closure list. Etlin calls this scenario the “snowball effect. When a mall gets hit hard with closures, there is an overhang effect with everyone else in the mall. The retailers still in the mall then go to the landlord asking for further concessions.”

The problem isn’t just limited to the poorer-quality mall locations. “This is pretty widespread. The C and D malls are always more immediately impacted, but this does not mean there is no pressure on even the higher-grade malls. Everyone is seeing this shift in shopping patterns. The mall developers are looking at other ways to create traffic in the space than just having stores,” Etlin said.

The consultancy had forecast prior to the recession that America was overstored by 30 to 35 percent, but the recession only saw a fallout of 10 percent. “The store closures [you are seeing now] are a continuation of that process — it’s just accelerated,” Etlin said.

AlixPartners earlier this year had on its top-10 list a prediction that “dead malls become a bigger problem,” particularly as anchor tenants such as Macy’s and Sears pack up and leave. The prediction also said that emptier malls could give growing off-price and value brands a chance to gain a foothold in a prime location, as well as give REITs and municipalities the ability to do a tear down as they rethink how the space is used.

Telsey Advisory Group in March hosted a spring consumer conference that included two retail panels. The first panel discussion on retail real estate concluded that “experience, community and entertainment” are the factors that will influence the mall of the future, with predictions that supermarkets, residential apartments, entertainment centers and restaurants taking space as the new mall anchors.

A second panel at the Telsey Conference on REIT real estate had the panelists concluding that larger boxes are being cut into smaller ones, with less emphasis on filling them with apparel retailers. Further, they also expect changes in open-air shopping centers, with more bankruptcies among chains that have a heavy presence in open-air centers. As operators of these centers reclaim the space, they will have to determine what is the right mix between anchors and junior anchors based on the shopper profile of those visiting a specific center.

Etlin expects the future mall will have “stores with smaller square footage, pop-ups around boutique concepts, more mixed-use space to try to draw in some foot traffic and true restaurants as opposed to food courts.” She added that this is also a hard time for mall developers because “there isn’t a whole group of hot new retail concepts taking up spaces vacated by others. We just don’t have that kind of [retail] growth.”

For more information on store closures and retail bankruptcies:

Which Retailers Are Closing Stores in 2017

Bebe Shutters All Stores to Focus on Online

Streamlining the Fleet: Where Macy’s Stores Will Close