The Meatpacking District continues to be in demand with the rise of The Standard Hotel, as well as a burst of new fashion boutiques.

By Sharon Edelson on May 4, 2009
View Slideshow 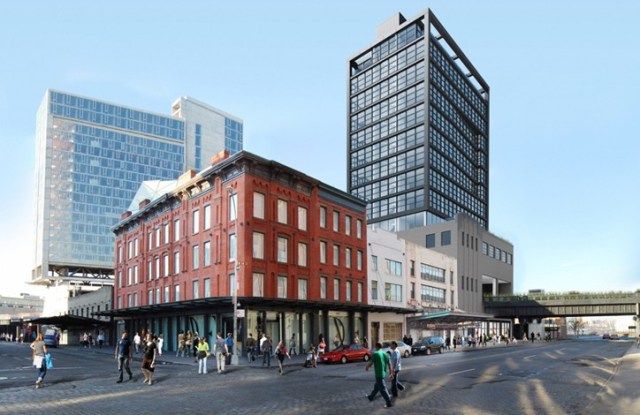 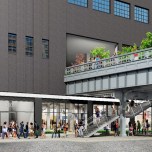 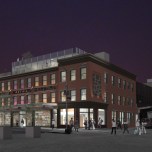 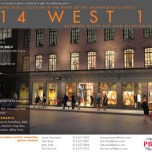 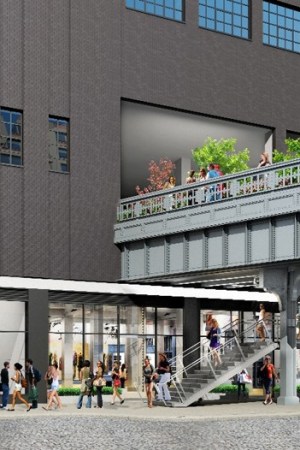 At 450 West 14th Street, retail tenants will be below the High Line.

NEW YORK — The Standard Hotel pierces the sky over Washington Street, towering over older and smaller neighboring buildings below. André Balazs’ stylish venue, now in soft-opening mode, is but one ambitious undertaking to be fully realized in the Meatpacking District. Other long-awaited projects coming closer to fruition include the Whitney Museum of American Art’s downtown outpost and the High Line, an abandoned elevated freight railroad that’s being converted to a public park stretching from Gansevoort Street to 34th Street.

While other areas of Manhattan are struggling, the developments in the Meatpacking District show there continues to be demand in the hottest neighborhoods for retail and commercial space despite the ongoing recession. In the region bordered by West 14th Street to the north, Gansevoort Street to the south, Ninth Avenue to the east, and West Street to the west, former meatpacking facilities are being turned into sleek retail spaces, and mixed-use buildings are rising. Hugo Boss, Matthew Williamson and Tory Burch have all opened new stores. Bistro Bagatelle, with an alumnus of Alain Ducasse and Daniel overseeing the sauces, bowed last year, along with Marcus Samuelsson’s Merkato 55.

With restaurants, designer boutiques, luxury hotels and a certain gritty charm, the Meatpacking District would seem to have everything necessary to be a shopping hub. But what the neighborhood lacks is steady seven-day-a-week foot traffic, the kind of consumer crush one sees in SoHo on the best of summer days.

“The public transportation isn’t great — yet,” said Laura Pomerantz, a principal at PBS Realty Advisors. “The reality is you’re going to have the High Line, and people will be using it as a means of transportation as well as a park.” Besides the High Line, those with an interest in the neighborhood are hoping the Whitney and Standard will attract enough people to turn the area into a daily destination.

Rents in the Meatpacking District have soared to $500 a square foot from $65 to $70 a square foot in 2005, with smaller spaces commanding higher rents, real estate brokers said.

“I am very committed to the Meatpacking District,” said Diane von Furstenberg, whose world headquarters and flagship are on Washington Street. “I was involved in raising funds for the making of the Historical District, my husband [Barry Diller] and I have been the largest contributors to the High Line. I love the neighborhood…and I think what is happening to it is exciting. Good architecture…good design.”

Charles Blaichman, founder of CB Developers, is marketing his Morris Adjmi Architects-designed building at 450 West 14th Street, an 11-story office tower on top of an existing five-story former meatpacking facility. The High Line will run through 103 feet of the building, which will have its own entrance to the elevated park. Of the 7,800 square feet of retail space at the building’s base and 4,000 square feet below grade, Blaichman said, “In the last month and a half, we’ve had a lot more action. People are back looking again. We’re moving forward. The area is still very bustling, and a lot of good tenants exist there now.”

Blaichman, who also owns the Theory headquarters’ building on Gansevoort Street, said he’s asking $350 a square foot at 450 West 14th Street. So far, Helmut Lang has leased two full floors of the tower for offices and a showroom. “There are some larger retailers looking,” he said. “This has a different character than SoHo. People from around the world know this area.”

“There’s a few amazing luxury retailers that want the whole building,” Jared Epstein, vice president of acquisitions and leasing at Aurora Capital Associates, said of 21-27 Ninth Avenue, which has been redeveloped. “They want a second location or want to move off Madison Avenue.” The building has 20,000 square feet of space, and the company is removing the majority of the second floor to create 20-foot ceilings for the ground floor. Sources said Louis Vuitton may be close to a deal for the space, which has a $2.5 million-a-year asking rent.

The larger-size floors of buildings in the Meatpacking District have reportedly drawn the interest at times of Uniqlo, Ralph Lauren, Dolce & Gabbana, American Apparel and Barneys New York, which was the subject of rampant rumors in the winter and fall. The retailer never signed a lease and is thought to be out of the market, while the other firms never did deals. H&M is the latest retailer said to be eyeing the area.

“The success of the Meatpacking region is the diversity of its restaurants, clubs and retailers,” said Roger Eulau, a retail broker at Lansco who manages 416 West 13th Street, where Fig and Olive, Michael Angelo’s Beauty Wonderland and the Atrium Salon are located. “It’s an area that has its own character. In the Meatpacking District, there’s no residential until you get north of 14th Street or south of Gansevoort Street, and there never will be. That’s a little bit of a disconnect. But the area has hotels and will have the Whitney. Having that mix is more positive than a lot of other neighborhoods.”

Darryl Romanoff, whose family has owned property in the Meatpacking District for more than 80 years, has proposed a 13-story glass tower for the corner of 13th Street and Washington Street. Romanoff went before the city’s Board of Standards and Appeal last week to ask for approval to build four stories higher than local zoning laws permit. The project reportedly has the blessing of von Furstenberg and a source who attended the meeting said, “There was a lot of support for that project.”

The Meatpacking District developed in fits and starts. Jeffrey Kalinsky was the first to colonize the neighborhood for fashion, when he opened a 14,000-square-foot flagship on West 14th Street in 1999. Alexander McQueen opened a store in 2005. Stella McCartney and von Furstenberg arrived in 2007. Pastis, which opened in 1999, developed a following. SoHo House, a version of the U.K. members-only clubhouse, was unveiled in 2003, followed by the Gansevoort Hotel a year later.

There was a time when the Meatpacking District appeared to be in danger of flaming out, succumbing to the same fate of other neighborhoods that became too trendy too fast. But designers continued to move in, and Apple raised the neighborhood’s profile when, in 2008, it opened a store on West 14th Street.

While some area residents bemoan the closings of neighborhood institutions such as Florent restaurant and Hogs and Heifers and the fact that stiletto-heeled women now outnumber men in white blood-splattered coats, others cite the world-class architects such as Renzo Piano, Morris Adjmi Architects, Polshek Partners and Diller Scofidio + Renfro working in the Meatpacking District.

Meatpacking District Design ’09, which takes place from May 15 to 17, is modeled after the Salone Internazionale del Mobile in Milan. This year’s theme of architecture is apropos and will be the subject of a panel discussion. The check-in center will be at the Standard Hotel and the model of the Whitney will be unveiled in the window of Diane von Furstenberg’s store. An empty building at 414 West 14th Street will serve as a pop-up gallery for the design event with an installation of shoes made by students at the Fashion Institute of Technology. The building is being marketed by PBS and has 21,000 square feet of retail space.

“We’re at the budding stage of signing some really good tenants for both the retail and office space,” said Pomerantz.