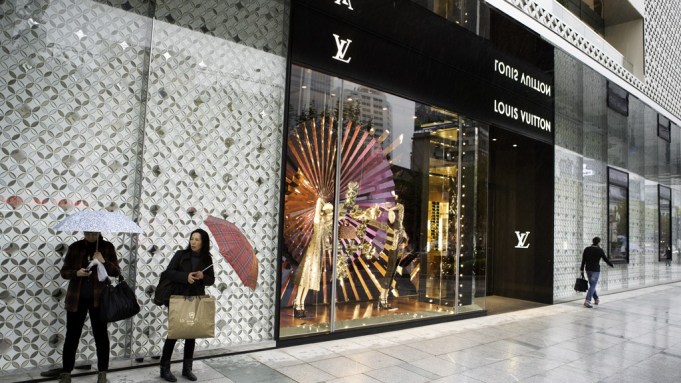 SHANGHAI — In the U.S., a Web site called Deadmalls.com features stories of shopping centers across the country that are effectively ghost malls. Tenants have left due to economic woes or because the populations that lived in the malls’ once-bustling surroundings have moved elsewhere, causing business to evaporate.

A similar site could be launched in China, where another ghost mall phenomenon is emerging — but in a slightly different context. Simply put, too many shopping malls have been — and are continuing to be — built on the mainland, resulting in a situation where supply outstrips demand and vacancy rates are on the rise, particularly in smaller cities.

According to research from global real estate firm CBRE, half of the world’s shopping malls are being built in China. Cities, like Shenyang, Tianjin and Chengdu have the most new malls under construction. In Tianjin, for example, 2.45 million square feet of retail space is being built. Shenyang has 2.17 million square feet in shopping complexes coming online, according to CBRE.

Yet these cities also have the highest vacancy rates. For the first half of 2012, vacancy rates were 17 percent in Shenyang, 16.2 percent in Chengdu and 10.8 percent in Tianjin, a retail study from Knight Frank, the property consultancy, said. On average, vacancy in second-tier cities is 10.5 percent, up from 10.2 percent a year ago. In first-tier cities, like Shanghai and Beijing, vacancy is 8.4 percent this year, according to Knight Frank. This year alone, 27 megamalls, which are more than 1 million square feet, opened in second-tier cities, Knight Frank said.

“Building shopping centers that are aligned to end users’ needs remains an issue and finding enough good quality space continues to frustrate many retailers’ expansion plans,” the Knight Frank report said, adding that luxury players can find four to five suitable locations in first-tier cities but can only find one to two suitable sites in second-tier cities.

According to Yang Hui, head of the research center for Mall China, an industry organization for shopping mall development on the mainland, there will be more than 1,500 new shopping malls opening in China in the next five years. Most of them will open in second- and third-tier cities, like Guiyang in Guizhou Province and Foshan in Guangdong Province. From 2007 to 2008, 350 shopping malls opened in China.

The construction boom in the retail space is owed partly to policy initiatives from Beijing aimed at turning the country’s export-oriented economy into one that is fueled by domestic consumption, which has put pressure on local governments to offer cheap land to build more retail centers. The frenzied development of malls can also be attributed to the Chinese government encouraging developers to build more commercial rather than purely residential properties, in an effort to cool an overheated property market.

Analysts say the vacancies are partially due to lackluster domestic consumption, which still has only made up about 35 percent of China’s GDP over the past five years, according to the Knight Frank report. Yet, the bigger problem is that the developers who have made billions building and selling residential projects are inexperienced with retail space, which means the new properties coming online are not only in suboptimal locations, but also lack good management, according to Thomas Lam, director and head of research for Knight Frank’s Greater China operations.

There is “a lack of thought about the positioning and the surrounding areas and they have inexperienced operators,” Lam said, adding that many of the malls are being built in more suburban areas where transportation infrastructure is lacking and a dearth of demand from local populations, due either to demographic mismatches with the type of shopping centers being built or because people simply have not moved to new residential hubs surrounding second-tier cities.

According to real estate analysts, the most problematic malls are those being built by inexperienced domestic developers, which make up 75 percent of shopping center construction. Of the 27 new centers larger than 1 million square feet built in China, 21 were from domestic developers, Knight Frank said.

“We would partner with one of the [international developers] that is more sophisticated. They will have planned it properly and understand zoning, management and promotion,” Stephen said. “Some of the developers who are more experienced in residential development that are going into retail for the first time are more likely to run into problems.”

“We are very optimistic toward the China retail market,” said Guy Bradley, mainland China chief executive of the Hong Kong-based Swire Properties. “The consumer market has lots of potential for steady growth in the long-term, and the demand for quality product — shopping centers in prime locations that are well designed and offer a unique trade mix as well as a total experience — remains strong.”

Demand for retail space in prime locations in Shanghai and Beijing far outstrips supply. For Plaza 66, a shopping center that is home to a number of luxury brands in Shanghai, there is a waiting list of brands hoping to open there, Lam of Knight Frank said. Vacancy rates in first-tier cities tend to be higher in new developments being built in more suburban centers, such as Pudong in Shanghai.

“For daily goods, I believe local people will go to these malls,” he said. “But if they really want something good, they will still go to the downtown shopping malls.”

“There is a lot of demand out there for retail space, but the retailers are becoming very savvy on what they will take, and they will look into the track record of a shopping mall before they go into that space,” Colin Dowall, regional director and head of retail asset management for Jones Lang LaSalle in Greater China, said. “It is important to understand who the good operators are and who the good managers are. Well-managed, well-located, well-positioned shopping malls will outperform the market regardless of the future supply. For retail brands, it is very important to understand the track record and capabilities of the shopping mall operator.”

It is also important to understand the changing shopping preferences of Chinese consumers. China “is a fast-evolving market as well,” Dowall said. “Consumers in China are changing their wants and preferences daily, and the developers and retailers have to catch up.”

E-commerce, in particular, could have broader implications for brick-and-mortar as more Chinese go online to shop — which means they will have fewer reasons to go to malls, and this will be amplified in the future. “The key issue is what this means for a retailer’s real estate portfolio,” the Knight Frank report said. “A retailer focusing on developing its online business might choose to place less emphasis on its brick-and-mortar business.”

According to Charles de Brabant, founder and chief executive officer of luxury consultancy Saint Pierre, Brabant, Li & Associates, increasingly sophisticated consumers not only in first-tier cities but also in second- and third-tier cities are becoming “bored” with retail concepts that have historically worked in China. “Not only do you have an oversupply, and not only are brands more cautious of where they are going to open, but also consumers are saying, ‘Stop giving us the same thing,’” he said. “I think malls are going to have to really think about themselves as brands. How are they going to give an experience that is going to entertain the customer?”

While de Brabant says luxury brands are becoming more conservative with expansion plans in China and may be less risk-averse to opening in an underperforming mall, Regina Yang, a director for research and consultancy with Knight Frank in Shanghai, says fast-fashion brands need to heed the most caution when looking for new locations to reach China’s emerging middle classes elsewhere in the country.