While online shopping seems inescapable these days, it still makes up a relatively small percentage of the retail pie. Less than 15 percent for most of 2018 to be more precise, according to the U.S. Census Bureau.

That means people still shop in real life — if they have a reason to do so.

But the retail industry’s continued evolution, which includes the transformation of the traditional department store, also spells trouble for malls, which need to up their game in order to compete.

The executives at Simon Property Group, however, aren’t fazed. In fact, David Simon, chief executive officer and chairman of the company, called this year’s Sears bankruptcy a “unique opportunity” during the company’s October conference call.

He might even have the solution to years of declining mall traffic: create an omnichannel presence that offers both in-store and digital shopping, and includes sought-after products, reasonable price points and an experience that makes it worth shoppers’ time.

“Humans are social creatures,” said Chidi Achara, chief creative officer at Simon. “People like to enjoy experiences with family and friends. There’s something about shopping and dining and being together with people you know and people you like that cannot be replicated online.”

The numbers prove it. During the Black Friday weekend, which is generally regarded as the start of the holiday shopping season, foot traffic in Simon malls was up 2 percent, compared with the same time last year. Foot traffic was up 6 percent on Thanksgiving Day compared with 2017’s turkey day. Throughout all of November, foot traffic at Simon’s malls was up between 3 and 9 percent year-over-year, depending on the location.

The real estate group’s portfolio, which includes more than 200 malls and outlet shopping centers in the United States, and 22 malls internationally, in places like South Korea, Japan, Canada and Mexico, is primarily made up of Class A malls. That is, shopping meccas that are more than just a place to buy things: They’re a destination in themselves, like Phipps Plaza in Atlanta, that has, in addition to shopping, restaurants, a movie theater and a Legoland for kids. Or, the Briarwood Mall in Ann Arbor, Mich., that includes a virtual reality arcade. Or, the massage parlor in Fairlawn, Ohio’s Summit Mall.

“It’s becoming a community gathering space, above and beyond shopping,” Achara said. “There are other things to do.” That list of things to do also includes office space, fitness centers, pet photo booths and residential units.

And, as longtime anchor tenants like J.C. Penney and Sears move out, the future of malls is a mixture of uses.

“Those enormous boxes were built at a time when it made more sense to fill them with retail. That whole equation has changed,” said Simeon Siegel, retail analyst at Nomura Securities. “I don’t think there will be a single older mall that is 100 percent retail.

“Figuring out a way to blend the experience and the transactional is going to be absolutely key,” he added.

Because consumers still like to shop. And the best malls will ultimately have the best selection of goods as well as fun things to do inside of them. Some of the most popular stores in Simon malls include luxury apparel, ath-leisure brands, like Lululemon and Nike, and fast-fashion companies like Zara, Achara said.

Digitally native brands are jumping on board, too, like Bonobos, eyewear company Warby Parker and men’s apparel business Untuckit, all which began online and have opened up locations in a Simon mall in the last year.

“What they’re typically finding is that when they open a physical location for shoppers to interact in a tactile and experiential way with their brands, they see increased revenue from the physical purchases, but also a significant lift from their online business, too,” Achara said. “Sometimes 30 percent or more.” 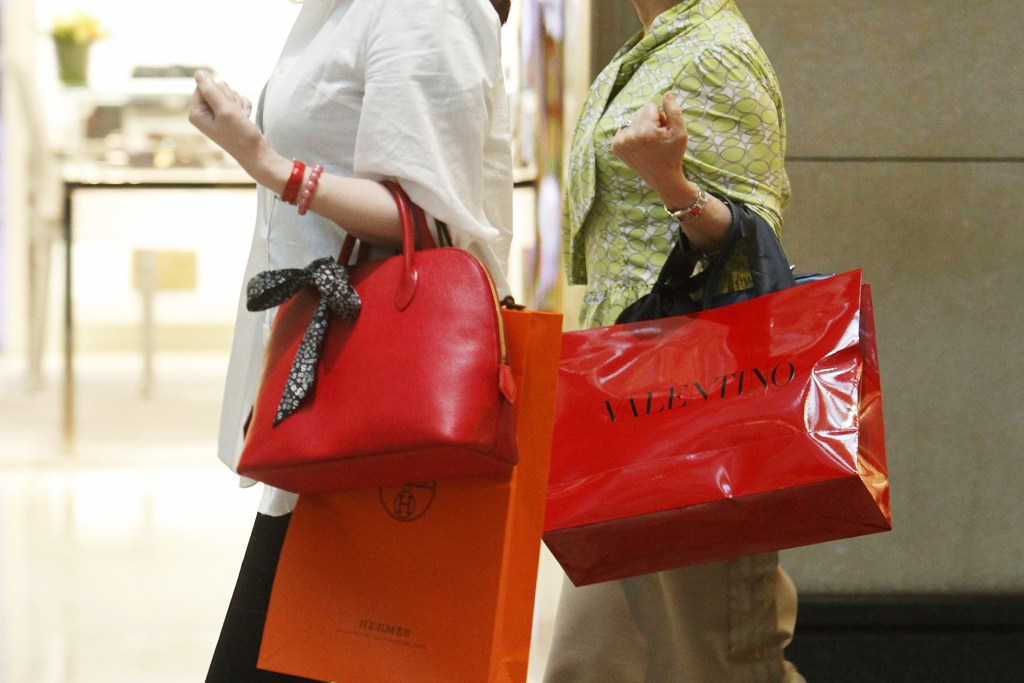 It’s not just brands that were born online that are benefiting from both a digital and physical presence.

Jennifer Foyle, global brand president of Aerie, sister brand to American Eagle Outfitters, said during the company’s most recent conference call that roughly 80 percent of in-store shoppers become digital ones, too, after the salesperson collects his or her e-mail address at the end of the transaction.

Meanwhile, younger shoppers, who are almost always digital natives, have a lot of loyalty to brands that they first saw online and are now seeing in malls.

Gen Zers and Millennials in particular are draw to stores that offer footwear, denim and beauty. “Where it makes a lot of sense to try before you buy,” Achara said.

The bottom line: malls aren’t dying. “Malls are evolving and the better operators are doing it in a way that is attracting even more foot traffic and making sure those younger shoppers come,” Achara said.