Vegas on the Verge for Real Estate 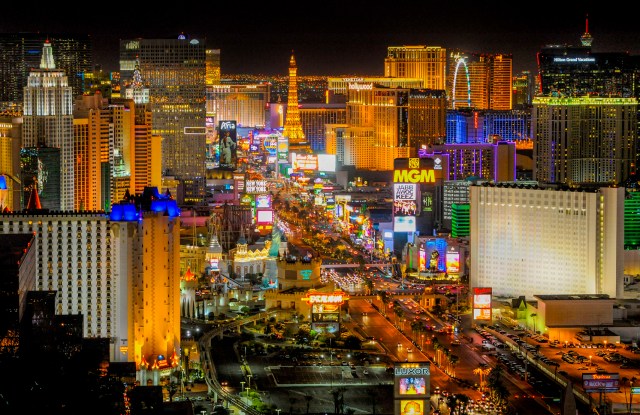 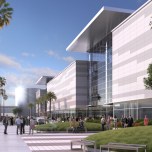 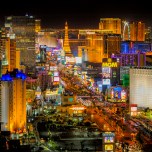 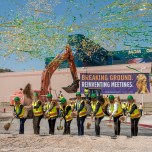 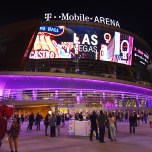 Las Vegas was one of the markets hardest hit by the Great Recession. But you’d never know it looking at the development pipeline today.

“2017 has been a year of continued market healing. The recession here obviously was very, very deep and it has really taken the market up until probably 18 months ago to start to really recover from it and for people to start making investments and plans for a future, prosperous Las Vegas,” said Matt Bear, CBRE vice president of capital markets and gaming. “That has been the real perception shift in not only residents and retailers but developers and bankers. It took a long time, and much longer than we all hoped, for everyone to go, ‘Oh, Vegas isn’t going to actually go away.’”

About 1.2 million square feet of retail space was under construction at the end of the second quarter, according to CBRE. That’s higher than the seven-year average of a little over 1 million square feet. Vacancies declined 8.9 percent during the quarter with the average asking lease rate during the same period up 4.2 percent from a year ago to $1.50 per square foot.

Perhaps indicative of that, more than the glam and glitz of projects happening on Las Vegas Boulevard, is what’s taking place in the suburbs.

Howard Hughes Corp.’s Downtown Summerlin project is often pointed to as the success story. It encountered a few false starts throughout the recession and recovery but the project was finally completed and unveiled in the fall of 2014. Last year saw the addition of Dave & Buster’s, Buy Buy Baby, West Elm, H&M and Maggiano’s as the retail center continues to solidify its position in the market. Crate & Barrel is expected to open its only store in the market there by the end of the year, absorbing more than 20,000 square feet and bringing the retail occupancy of Downtown Summerlin close to 100 percent.

“The confidence in the retail market in Vegas is high and also in the off-Strip retail pieces like us,” said Downtown Summerlin general manager Andy Ciarrocchi. “Obviously, no one is immune to the national landscape and the retail bankruptcies going on out there. We have a great element of retail shopping as part of the center but we also have retail dining.”

But to be competitive, much like centers around the U.S., the sweet spot is in finding the right mix of local tenants to give a property an identity, Ciarrocchi said, while also servicing customers with the national brands they want.

“We have a great meld of national brands and local brands and that’s worked here on the retail side,” Ciarrocchi said. “I think someone just focused on national these days is going to have trouble if they’re not also looking at the local retail.”

Being unique is the mantra in Vegas, even in places such as the Strip, which oftentimes seems as though it’s operating in a vacuum immune to retailer’s broader challenges. There, along that roughly four-mile stretch of Las Vegas Boulevard, convention center expansions, a new stadium, creative reconfigurations of real estate and deals are mixing to give a very glass-half-full kind of outlook to the market as mall operators, owners and developers aim to stay a step ahead of what consumers want.

The demand is certainly there with 42.9 million visitors to Las Vegas last year, representing a 1.5 percent increase from the prior year and the third straight year of record-setting figures, according to the Las Vegas Convention and Visitors Authority.

Real estate deals and development have evolved and now reflect a shift that’s been taking place for the past several years.

“About 10 years ago, we started seeing gaming revenue diminish and the other bucket of revenue, call it entertainment and shopping, started to take over and become the dominant revenue source for hotels on the Strip,” said Mike Mixer, Colliers International executive managing director of Las Vegas. “We’re seeing a lot of hesitancy to build new resorts on the Strip [and instead] what we’re seeing is more and more retail development — not your traditional retail development but more experiential taking off where the Forum Shops left off. The Forum Shops set the bar early on as an interactive and experiential mall development.”

With the cost to build retail far less than what’s required for a hotel, retail’s looking attractive. That’s led to creative property reconfigurations to generate new revenue streams à la the joint venture between AEG and MGM Resorts International to spin an old parking lot into the 20,000-seat T-Mobile Arena unveiled last year behind the New York-New York Hotel & Casino. That arena is linked to the Strip via a retail esplanade. Caesars Entertainment took an old alleyway to build the High Roller observation wheel and retail corridor making up the Linq Promenade.

New, mammoth-sized projects are now in the works that would push the Strip’s boundaries at both ends.

“There’s a resurgence of renovation projects at our signature properties and, in fact, we’ve recorded over $15 billion of construction and real estate investment that’s on the books for the next five years,” said Terry Jicinsky, senior vice president of operations at the LVCVA. “We also see the likelihood of the resort continuing to expand north and south.”

MGM Grand in June began work on a $130 million conference center expansion. The Las Vegas Convention Center, at over five decades old, is in the midst of a $1.4 billion renovation and expansion to add some 600,000 square feet over the next six years. Construction on the entire project, which is expected to generate about 14,000 construction jobs and another 7,800 in tourism-related work upon completion, is expected to be wrapped in 2023.

As the convention business seeks to up its game, other projects seek out an entirely new visitor to Vegas with the city fast evolving into a sports town, Mixer pointed out.

A 65,000-seat NFL stadium for the Raiders at a cost of $1.9 billion is expected to be completed by June 2020, allowing for the team’s relocation from Oakland, Calif. National Hockey League team the Vegas Golden Knights made their home the T-Mobile arena. The Las Vegas 51s Triple-A team will have a new baseball stadium in Summerlin next to the Golden Knights’ practice facility, all of this providing another year-round stream of visitors to Vegas.

“The Raiders coming to Vegas is a true watershed event and it’s really the catalyst for what I believe is five to seven years of what is certainly high growth and maybe hypergrowth in the market,” Bear said. “If you just start to think about the ripple effects, Vegas is going to boom for the next five to seven years.”

Wynn Resorts chief executive Steve Wynn told investors last month during the company’s second-quarter results call that the company is expected to begin work on a $1.5 billion entertainment draw, which includes a lagoon for water sports called Paradise Park. The company’s in the midst of wrapping up design work and obtaining permits with construction to begin as early as late this year. Wynn on the call with analysts said the company’s real estate behind the existing resort, totaling about 140 acres and extending to Paradise Road near the Las Vegas Convention Center, is “the most precious piece of real estate in the resort industry in Las Vegas.”

Caesars Entertainment Corp. executives also appear bullish about the future, particularly when it comes to their own landholdings, some of which are underdeveloped, chief executive and president Mark Frissora told analysts on a call in May. He added, “We feel positively about the future and our development of Las Vegas.”

“We’re seeing a very different type of investor coming in – more institutional than we’ve ever seen come in and buy outright malls on the Strip or a controlling interest, or un-controlling-interesting, just in the last 12 to 18 months,” Mixer said.

It’s rumored the site of the incomplete Fontainebleau Hotel will be sold off and perhaps finally completed. Invesco Real Estate and Simon Property Group together paid $1.1 billion last year for the luxury retail center Shops at Crystals, which counts Tom Ford, Tiffany & Co., Prada and Fendi among its tenants. Last year the Miracle Mile Shops inside the Planet Hollywood hotel sold to Institutional Mall Investors LLC for a reported $1.1 billion. In December Wynn Resorts struck a deal with Crown Acquisitions for a 49.9 percent stake in Wynn’s Vegas retail, which includes the under-construction retail addition Wynn Plaza, at a price of $472 million.

“We’re seeing a lot of interest from investors who typically look for growth when they invest. They like to see a pathway for returns in the future,” Mixer said. “For me, it signals that they see growth potential in not only the rent side of the equation.”

So where does that leave the market, and specifically the resort corridor?

“My thoughts are a little mixed,” Mixer said of his market outlook. “Obviously when we talk about all this incoming supply, at some point, you think, ‘Well, how much is too much?’ How many Gucci stores and Tiffany stores can a market really have, because we have multiple locations for some of these large, well-known tenants. At some point you’ve got to say enough is enough and look to grow the market in other types of ways. We’ve talked about experiential and something you can’t buy on the Internet – something that you have to see and experience when you’re on vacation.”

Developers are mindful of that and, to be clear, Mixer doesn’t think the market has hit a period of saturation just yet and doesn’t know when that point may come. As of right now, demand has indicated multiple Chanels, Louis Vuittons and Guccis in such tight quarters is justified. Still, most market-watchers would agree, there’s a danger in being sedentary as the market continues to evolve.

“Clearly, we’re going to build too much, right? That always happens. The only way to find out is to build,” Bear said. “I do think if you’re an owner or a developer, if you don’t continue to upgrade your service offerings to the customer, you will be dead. There’s no such thing as build it and forget it.”