Triple Five, the Canadian conglomerate that owns the Mall of America, is rechristening the troubled retail complex American Dream@Meadowlands. 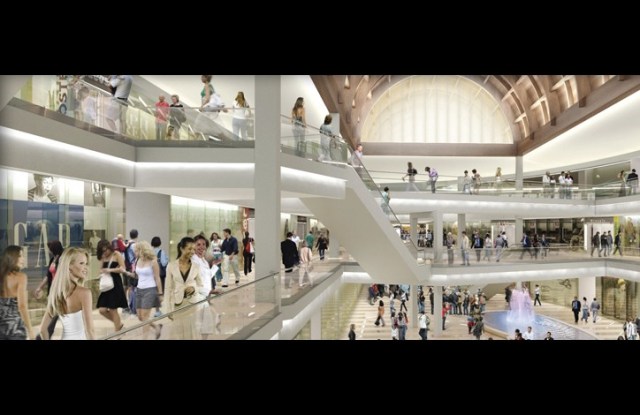 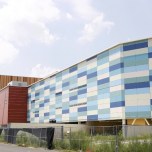 NEW YORK — For an idea of what the renamed and reimagined Xanadu will be like, look no further than the Mall of America. Triple Five, the Canadian conglomerate that owns the 4.2 million-square-foot shopping center outside Minneapolis, has a deal with the state of New Jersey to take over the perennially troubled Xanadu in the Meadowlands. Triple Five has until the end of the year to line up $1 billion in financing for the project, which it has rechristened American Dream@Meadowlands.

“We’re going to keep a lot of the same elements as Mall of America,” said Maureen Bausch, a spokeswoman for Triple Five. “We will do fashion shows and have fashion wings. The key to designing a mall with the right merchandising mix is to look at the market and find what’s lacking. We worked on a merchandising plan to create a new environment for retailers, one that will attract a thirtysomething trend shopper, someone like a SoHo shopper, but we’ll do it under glass in a setting that’s easier to shop and we’ll provide dining experiences.”

At American Dream, there will be room for everything from emerging and well-known designers to dollar stores. Triple Five plans to expand the mall to 3 million square feet from its original 2.3 million square feet. Despite its gargantuan size, American Dream isn’t thinking only about big boxes and anchors, although Don Ghermezian, principal and chief executive officer, said, “We want to encourage new concepts and new ideas, but we’re primarily concentrating on successful, established boutique retailers. We plan on being a very strong tourist destination. In order to do that, we need to get those international retailers. We’re focusing a lot of our efforts on European [brands] to make American Dream their first U.S. store.”

Ghermezian said American Dream hopes to take “a lot of the mainstream retailers and do different things with them. For example, a tenant that would normally take 10,000 square feet would do a 35,000-square-foot flagship.”

If American Dream follows Mall of America’s pattern, 35 to 40 percent of visitors will be tourists with key international markets, including Canada, Germany, Great Britain, Scandinavia, Latin America and Japan.

Mills Corp. originally conceived of Xanadu eight years ago. By 2006, Mills was in financial trouble. The project suffered from cost overruns, construction delays, work stoppages and disputes with state and local officials and the New Jersey Sports Authority. Colony Capital, a private equity firm, took over, but it, too, ran into financial difficulties and construction halted. Triple Five gained control over New Jersey’s most famous white elephant in August, when Colony’s lenders foreclosed.

Bausch said American Dream will seek out small, exclusive operators. In addition to familiar brands, “we also want a unique mix of stores, many of which aren’t found in neighboring malls,” she said. “At American Dream, if a designer ever wanted to test something, we would be more than willing.” Bausch recently discovered a designer “of the coolest raincoats I’ve ever seen” at Neiman Marcus in Garden State Plaza in Paramus, N.J. “Her name is Shelley Ifantis and her brand, Kreio, is priced from $300 to $600. I asked her if she’d like to have a pop-up shop.”

“The center will be positioned from mid- to high-end,” said Ghermezian. “We’ll run the gamut from higher price points to midtier.”

Entertainment has been reconceived to include skydiving, a water park, a skating rink and miniature golf. American Dream will preserve some of the original elements, such as the 600-foot indoor ski slope.

One part of the original plan Triple Five won’t adhere to is segmenting retailers by product category; for example, grouping all the home furnishings stores together and all teen merchants together. “We’ll mix it up a lot more. Stores will be clustered according to the demographics of the customers,” said Bausch.

She admitted that American Dream née Xanadu “certainly has baggage. The project has got some history, but [retailers] also like our new designs and feel the designs and the finishes are much more sophisticated. Our design has the retailer in mind.”

“Fashion will be one of the most important components of the shopping center,” Ghermezian said. “Entertainment will be equally important. People are going to ask themselves, ‘Am I going to leave New York City to go to New Jersey?’ If we have the right fashion component, we believe they will.”