Placing a Big Bet on Macau

A boost in tourism and a growing — and increasingly chic — gambling business is spurring luxury retail sales. 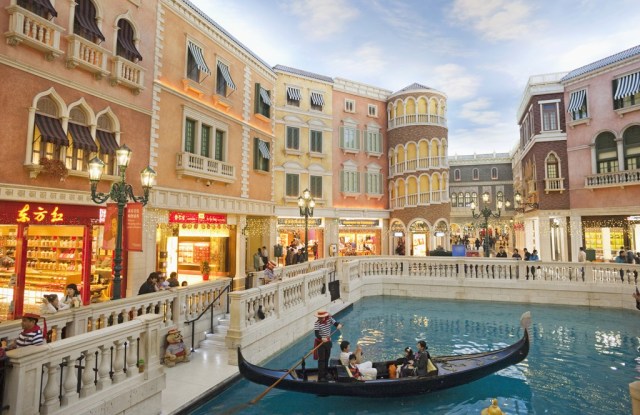 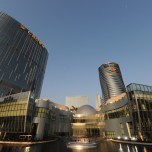 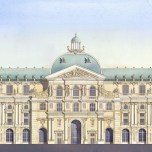 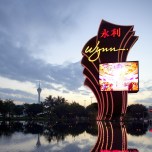 MACAU — The Chinese government’s crackdown on luxury spending has slowed retail sales in Hong Kong, but it’s a different picture in neighboring Macau, where the cash registers — particularly at watch and jewelry stores — are still getting a workout.

While China’s economic slowdown and austerity measures have taken a toll on traveling and sales throughout much of Asia-Pacific, Macau is booming with lots of new construction, including both Versailles-  and Louis XIII-inspired hotel and casino projects. According to Macau’s Gaming Inspection and Coordination Bureau, monthly gross gaming revenues in March increased 13 percent year-on-year to 35.5 billion patacas, or $4.4 billion, after a 40 percent jump in February. Visitors to Macau in February rose 8 percent year-on-year, while the number of visitors from Mainland China increased 14 percent.

That growth in gambling has had a knock-on effect on retail sales. According to Macau’s Statistics and Census Service, total retail sales in the fourth quarter rose 23 percent from a year ago. Retail sales of watches, clocks and jewelry (which made up 31 percent of total retail sales) increased by 35 percent year-on-year. Indeed, retail sales posted double-digit growth every quarter last year.

Meanwhile Hong Kong reported that overall retail sales in February decreased by 2.3 percent compared with a year earlier. Chinese New Year — a peak spending period in China and Hong Kong — came at the end of January this year and typically boosts sales, but this year’s holiday season was disappointing.

Some categories still showed growth, though. Sales of jewelry, watches and clocks increased by 5.3 percent in February from a year ago, while apparel rose 10.1 percent. For the first two months of 2014, total retail sales rose by 6.6 percent over the same year-ago period.

“The retail environment in Macau has been doing well and is less impacted by China’s anticorruption measures, as compared to Hong Kong,” said Aaron Fischer, analyst at CLSA in Hong Kong. “That is in part due to the lower base in Macau, as Macau’s retail sales are less than a quarter of that in Hong Kong.”

Fischer says he doesn’t see Macau’s outlook dimming anytime soon “as foot traffic into Macau is still trending strong, so as the gaming revenue numbers, which bode well for retail sales in Macau as well.”

“We believe that retail sales are more likely to be driven by growth in the number of visitors to Macau, instead of conspicuous spending,” said a spokesman for real estate agency and property manager Savills. Visitors to Macau rose by 4.4 percent in 2013, reaching 29.3 million, with more than 63 percent of those visitors from Mainland China, according to Macau government statistics. The number of Mainland Chinese visiting Macau was up by 10 percent last year.

Spending is up as well, rising to 16.3 billion patacas, or $2.04 billion, in the fourth quarter, a 12 percent increase from the year before. For the whole year, total spending by visitors rose 14 percent to 59.5 billion patacas, or $7.45 billion. Mainland Chinese visitors outspent all other visitors by far, averaging 2,801 patacas, or $351, per capita, of which about half, or 1,605 patacas, or $201, was spent on shopping.

Part of the reason behind the still-bright outlook is Macau’s newness. Known mostly as a seedy gambling haven for decades, high-end retail didn’t really arrive here until 2006 or 2007, when the Wynn Macau opened its shopping arcade and the Venetian Macau opened its Grand Canal Shoppes. Since then, growth has been rapid and the retail outlook in Macau is poised for more growth, with six major casino projects set to open by 2017, including developments by Wynn and MGM.

SJM Holdings Ltd., the largest casino operator in Asia, broke ground on a $3.9 billion Versailles-inspired project in February. Set to open in 2017, Lisboa Palace will have 700 gambling tables, 1,200 slot machines and three hotels with a total of 2,000 rooms, including one hotel that is in partnership with Gianni Versace SpA.

Another ambitious project that’s broken ground is Louis XIII. Headed by former investment banker Stephen Hung, the project boasts Her Royal Highness Princesse Tania de Bourbon Parme, a descendent of France’s King Louis XIII, as special advisor and strives to offer “unsurpassed levels of luxury,” including an invitation-only atelier offering high-end brands and bespoke products and services and a hotel with the “most expensive suite in the world.”

Once the new projects are up and running, the number of hotel rooms in Macau is set to double with an additional 25,000 rooms. In addition, upcoming infrastructure projects like the Hong Kong-Zhuhai-Macau Bridge will provide Macau with a direct link to both Hong Kong and the Mainland, further boosting Macau’s attractiveness as a destination for tourism, gaming and retail.

Retailers are taking notice. Hong Kong-based DFS, which is perhaps best known for its airport duty-free shops around the world, operates its single largest store in the world at the Four Seasons in Macau. DFS added 70,000 square feet of retail space to the Galleria store in 2012 and now has a 180,000-square-foot store in the Four Seasons, plus an additional 50,000 square feet of retail space at the City of Dreams complex across the street. Executives said they are watching to see if there will be further expansion in Macau.

While sales in Southeast Asia and Australia have waned due to slowing growth in China and the cut-down on luxury spending, Hong Kong has been much less affected than China and Macau has not been affected at all, according to Philippe Schaus, chairman and chief executive officer of DFS Group.

Besides the heady growth prospects, Macau also stands apart from Hong Kong for its lower rents and spend-happy visitors.

Macau has benefited a lot from what’s happened in Hong Kong, said Franco Liu, managing director, Macau and Zhuhai, at Savills. With rents the way they are in Hong Kong, there’s not a good business case to continue to expand.

“A lot are now looking to deploy in Macau; they are spending, and sales over there for most of the watch and jewelry brands are doing quite well. [Retailers are] still doing OK in Hong Kong, but they are doing better in Macau because margins are better,” he said.

“Mainland Chinese visitors coming to Macau stay for two to two-and-a-half days and are in the mood to shop,” said Benjamin Vuchot, region president for Asia North at DFS Group. Shoppers are more likely to be shopping for themselves and shopping with friends and family.

Average spending in Macau can be quite high. The minimum bet at many gaming tables is $125 for mass market and more than $1,000 in the VIP sections. After gambling such sums, “spending on luxury items does not seem very significant,” observed CLSA’s Fischer.

Unlike in Hong Kong, almost all of Macau’s high-end shopping areas are located within casino complexes. Retail sales are more focused on watches and jewelry as gamblers tend to spend more on big-ticket items.

Consequently, the retail mix in Macau reflects a heavier concentration on luxury watches and jewelry, catering to big spenders, and has fewer high-street brands such as Topshop and Zara.

DFS said it designed its Macau stores to appeal to the vacation crowd, with more VIP rooms to accommodate parties of four or more, bigger display areas with multiple seats and more spacious layouts.  Highlighting the city’s undiminished appetite for high-end luxury watches, DFS held its fifth annual “Masters of Time” event in Macau in December. It showcased 400 limited-edition and unique timepieces from makers including Blancpain, Breguet, and Girard-Perregaux. The event involved DFS Group’s top-tier customers, many from Mainland China, who came from around the world to see and buy the pieces. Top-tier customers are those who have spent $75,000 at DFS stores over a lifetime.

“We’ve been very fortunate with our experience in Macau,” said Vuchot. “Five years ago, there was nothing here, we really took a big bet in saying this will be the mecca of luxury. I think today when we talk to brands, it’s rare that Macau doesn’t sit in their top five boutiques in the world.”