A Little Sun at La Rinascente

The department store has decked out its Christmas windows with dozens of small, solar-powered lamps. 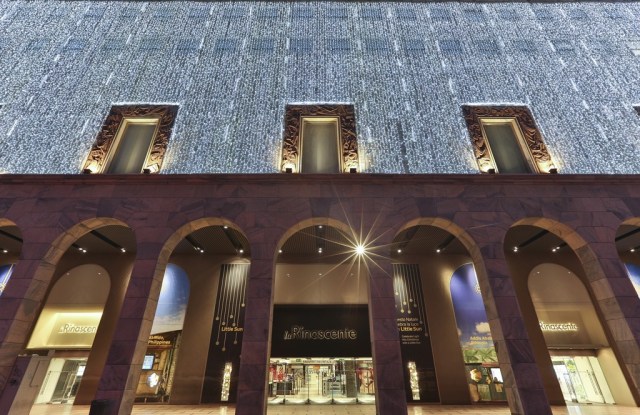 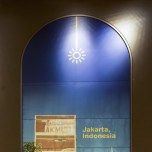 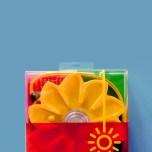 Temperatures have dropped here in Milan, but warmth and light remain at La Rinascente, which has decked out its Christmas windows with dozens of small, solar-powered lamps from the company Little Sun, and massive posters and videos showing the countries where people are now using them.

Danish-Icelandic artist Olafur Eliasson and Danish engineer Frederik Ottesen teamed up to create the lamps, which are golden yellow and sun-shaped. The design duo wanted to bring light to the 20 percent of the world’s population that lacks easy access to electricity, often relying on kerosene, which is both expensive and poses health risks when burned.

La Rinascente and Little Sun have together created and stocked six stores in off-grid regions. The shops in Addis Ababa in Ethiopia, Nairobi in Kenya, Jakarta in Indonesia, El Nido in the Philippines, Yangon in Myanmar and Johannesburg will all sell lamps for about $10, and all sales proceeds will go toward the development of the shops. In Italy, La Rinascente customers can purchase Little Sun lamps for 20 euros, or $26 at current exchange, with higher prices here allowing lower prices elsewhere.

“We started with the object, and then once we’d found the object, we got to the whole concept behind it,” said Alberto Baldan, chief executive officer of La Rinascente. He noted that the Little Sun lamps are a good fit for the department store’s Design Supermarket, which opened in 2009 and offers a colorful assortment of stationery, glassware, chairs, suitcases, books and electronics. “Today, it’s become a destination point for tourists: as of today in Milan, about 50 percent of our clients are tourists, and of that 50 percent, most stop by the Design Supermarket,” he said, adding that about 38 percent of tourists shopping at La Rinascente are Russian and 20 percent are Chinese.

Little Sun will have a special installation — the same in all 11 of La Rinascente’s stores throughout Italy — and it will be available in different departments: in Milan, for instance, customers will find it in the Design Supermarket as well as the Food Market, home and toy departments.

The Little Sun lamps were shown in London’s Tate Modern art museum this summer, and also appeared at the Venice Biennale’s architecture exhibition under the theme “Common Ground” at the end of August. Little Sun will decorate La Rinascente’s Christmas windows for the entire holiday period, with images and videos updated throughout.

Every year, an estimated 50 million to 54 million people walk by La Rinascente’s windows in Milan, 10 million to 12 million venture inside and between 4.6 million and 4.8 million make purchases, noted Baldan.

He said La Rinascente was increasingly using its windows for nontraditional displays that feel more like “events” people can participate in. The company philosophy, he said, is to offer clients a special place where they can “have dinner, have coffee, step outside and see the Duomo” cathedral, shop for clothes or get their hair done.