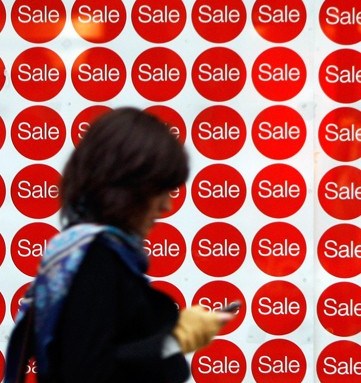 With retailers still suffering from excessive inventories, the spring cleaning has begun.

Coming off the nightmare of fall’s early and aggressive markdowns, the first spring price cuts are already budding, particularly in the luxury tier and women’s categories where the cadence of deliveries is quicker than men’s wear. Last week alone, Bergdorf Goodman advertised up to 40 percent off on its contemporary floor and Yves Saint Laurent sent an e-mail invitation to a select group of U.S. press to receive 50 percent off ready-to-wear and 30 percent off accessories today and Wednesday.

Sample sales are on the rise, too, with stores pushing back goods to vendors. And some retailers are utilizing sales tactics usually reserved for holidays and pre-Christmas. Last week, for example, J.C. Penney Co. Inc. ran two days of doorbusters including dresses, Arizona and other private label products, and a buy-one-get-one-for-88 cents deal on a host of items. Neiman Marcus Inc. has offered various incentives this season to members of its InCircle reward program, such as free lunch at restaurants in the store and $50 gift cards. The Web site has also been promoting free shipping through today. Macy’s Inc. ran a three-day fine jewelry sale with 30 to 50 percent off much of the assortment.

So-called “private” friends and family sales have taken a high profile. Saks Fifth Avenue staged one last week, and promoted it on the home page of its Web site,
and this week, it’s Bloomingdale’s turn, offering 20 percent off almost all regular- and sale-priced purchases in apparel and home.

The situation has fueled speculation over when the major spring clearances will break and who will be the first out of the gate. Typically, department stores roll out spring clearances around Memorial Day, while higher-priced specialty chains pull the trigger around mid-May to make space for June’s pre-fall deliveries.

At Nordstrom, which clears a lot of merchandise through its extensive network of Rack outlets, a spokeswoman suggested the inventory situation was under control. “We continue to feel that we are appropriately managing our inventory and are getting ready for the women’s half-yearly sale, which is in May,” she said.

Analysts and retailers expect clearances to surface before Mother’s Day, with stores currently grappling with spring orders written last year — before consumers really clamped down on spending — and trying to whittle inventories down in line with demand. “Historically, I would not have considered markdowns before the beginning of June,” said Diane Levbarg, executive vice president of Missoni. “However, this year, while it’s still too early, I may reevaluate my strategy based on market conditions.”

Aside from the rising unemployment rate and uncertainties about the economy, the late Easter and the late arrival of springlike temperatures to most of the country have contributed to disappointing apparel sales this season. In addition, push backs to vendors have sparked many more sample sales.

However, retailers and analysts contacted Monday emphasized that discounting hasn’t reached clearance proportions yet, and that when the clearances do break, they shouldn’t be anywhere as epic as the fall’s avalanche of price cuts.

“I don’t think that it’s anywhere close to the degree and depth of what was experienced in the fall,” observed Arnold Aronson, marketing director of retail strategies for Kurt Salmon Associates. “There’s more of a gradual realignment of inventories to sales levels.”

Spring markdowns and clearance tactics will include more retailer-vendor discussions than in the past, Aronson suggested. “There won’t be huge surprises, or unilateral kinds of decisions,” he said. “At this point, it’s primarily first markdowns happening earlier than normal. Stores are not into clearance mode yet.”

Jeffrey Kalinsky, founder of Jeffrey designer stores in New York and Atlanta, said he hasn’t taken “a single markdown” or run any promotions. Competitors have been taking markdowns since January, he said, adding, “A lot of people do promotions under the guise of ‘friends and family.’ No one has broken sale yet, to my knowledge.”

“Normally, in a good year, you wouldn’t even be having this conversation” about markdowns, said one specialty store retailer. “It’s too early. It’s much, much, much too early. Nobody wants to be the first [to break price] because they’re terrified of what happened with Saks [last holiday]. There’s such a backlash because of markdowns taken last November that people don’t want to go on sale. Business is challenging and I’m waiting to see if it gets more challenging.

“Would I love to go on sale now?” asked the retailer. “Yes. Everybody has too much inventory. Nothing’s selling right now.”

“Nobody is experiencing great business,” said an owner of a fashion boutique. “What am I going to do if a huge retailer like Saks or Barneys [New York] does a major markdown again? It’s not easy out there. We’re not set up to do anything like promotions.”

Stanley Korshak hopes to stick to its same schedule as last year by marking down resort and some spring the first week of May, and the remainder in June.

“If Neiman’s and Saks pull the plug and we are forced into reacting, then we’ll do what we have to do, but we do not have inventory issues,” said owner Crawford Brock. “We are barely missing our plan, which is about 30 percent down from last year. But we made money in the first quarter and in February and March, and we did it by cutting expenses — not by selling more.”

All things being relative, the best businesses have been contemporary, young designer, bridal, men’s shoes and belts and private label goods, Brock said. Gowns, handbags, shoes and denim are weak. “Shoes and bags are tough, and I think it’s a price point issue,” said Rose Clark, general merchandise manager. “Louboutin is still our number-one vendor, but it’s expensive, as are Jimmy Choo and Valentino.”

“The knee-jerk constant promotions that everyone had to deal with last fall were very detrimental, so we made a strong effort not to do that again this year,” said Mickey Rosmarin, owner of Tootsies, which has stores in Houston, Dallas and Atlanta. “We will mark down resort and some spring the last weekend in April.”

Rosmarin said Bogner and Ralph Lauren have done well but, in general, sales trends have been inscrutable.

“Gowns are not selling, but prom dresses and other dresses are doing great,” he said. “Some Italian sportswear is blowing out and some is dead as a doornail. It’s almost no rhyme or reason.”

Due to students on Easter vacations, traffic in malls has recently risen, according to Amy Wilcox Noblin, research analyst at Pali Capital. “This week kicks off new early summer product arrivals in stores and this is a transition period for some retailers in terms of promotions. But overall, retailers have either increased or sustained the heightened level of promotions to capitalize on the traffic,” Noblin wrote in a report issued Monday. “Some store associates have theorized that traffic will drop post-spring break and we can detect a sense of nervousness about what the back third of April will bring.”

Noblin observed American Eagle Outfitters Inc. is already displaying some early summer goods at full price and, therefore, experienced some slower traffic with fewer promotions. However, the store is running an all-shorts-under-$25 promotion, which is 30 to 40 percent off on average, and the new summer goods reflect “progress” in fashion, Noblin stated.

Tourists and teens off from school flocked to the Abercrombie & Fitch flagship on Fifth Avenue, though A&F branch stores did not show such traffic surges, Noblin wrote. Some early summer product has arrived, “but the majority still lacks enough fashion innovation necessary to entice customers to pay full price.”

Pacific Sunwear, on the other hand, saw an uptick in traffic last week that’s been sustained this week. “Significant promotions remain this week,” touching up to 75 to 80 percent of the assortment, Noblin noted.