Lots of changes are shaking up the status quo for the upcoming round of trade fairs and runway shows.

By Melissa Drier and Susan Stone on June 24, 2014
View Slideshow 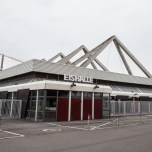 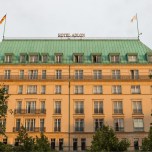 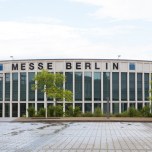 If one thing can be said with any certainty about the upcoming spring 2015 round of trade fairs and runway shows in Berlin, it’s that things won’t be the same.

Ongoing structural and strategic shifts on the retail and industrial levels — whether it’s the rise of brands’ directly operated stores, a reorientation of distribution and/or export goals, the ever-growing share of online sales, declining consumer traffic, multibrand store closures or the buildup of trade shows — have put all players under pressure, seriously rattling nerves in a German market particularly fond of order and consistency.

While many of Germany’s apparel retailers had anticipated a slight plus for the first six months of 2014, May was somewhat disappointing. Retailers saw a slight decline for the month, according to Siegfried Jacobs, associate director of the German Apparel Retailers Association. “Business could have been better,” he said, but noted inventories are not out of control.

Red sales and discount signs may have gone up early in many shop windows, but Jacobs added markdown activity is less intense than it might look. “When you go into the stores, it’s evident that retailers are holding back,” he commented.

Jacobs expects a positive mood among German buyers visiting Berlin in July. “There’s been no slump, and some of the big system suppliers, like Street One and Esprit, have begun to recover. Plus when it comes to the entire individualistic sector, with labels you can’t find in every store, they’re all there, in Berlin.”

As for Berlin’s fashion industry, once a central force but significantly shrunken in the city’s postwar and divided Berlin Wall years, the Berlin Senate claims the German capital “now has the highest density of fashion companies in Germany.” A Senate report released this month stated that more than 3,500 fashion-related firms are currently active in Berlin, with sales growing 62 percent from 2009 to 2012 to reach about 3 billion euros. The fashion-related workforce, including those working in retail, p.r., distribution, production service providers, e-commerce and design, grew 23 percent in that time period to reach 19,200.

The denim and streetwear scene was the first to feel the impact; Bread & Butter was hit by a tide of big name defections over the last few years as brands shifted priorities.

“There’s been a dramatic change in our world,” said B&B founder and chief executive officer Karl-Heinz Müller, who noted the days of a Denim Base populated with megastands by all the key jeans labels are over.

“Brands that were so important are not important anymore and others no one knew now are relevant and on top,” he remarked. “And we have them.”

Indeed, Bread & Butter has enlisted more than 150 new labels from around the world this season in its Urban Fashion, Urban Base, Urban Superior, Lock and Fire Department sections.

“There’s a lot of movement [in the market],” Müller continued, “which is positive. Everyone is on the go, looking for new opportunities, and that makes it interesting.”

Premium’s founder and director, Anita Tillmann, concurred. “Where there’s movement, there’s an antimovement. And when something goes wrong, new opportunities arise. I like it,” she said.

Premium is unfolding at Station-Berlin.

Never satisfied as a rule, Tillmann noted she’s “proud” of Premium’s upcoming portfolio, but that hasn’t stopped her from preparing another iron to throw into the fire.

In July, visitors will find new catering facilities and a symposium about fashion-relevant Internet activities in a half-finished new hall, but the real plan for this Hall 8 is to create space to present pre-collections from international labels and high-end German designers. “Pre-collections could be very important for Berlin,” she suggested, making the city the go-to destination in Europe for this rapidly building business.

Similarly, but for their more niche-oriented clientele, Show & Order is installing Show & Buy — an area, the organizers said, “for quick turnover.” Intended to supplement the classic pre-order portfolio with fast fashion-savvy labels, Show & Buy will also feature a pop-up store to demonstrate how fast fashion can be integrated into regular retail formats.

There are also some major venue shifts on hand this season. After being marooned in Berlin’s still-unfinished airport in Schönefeld, Panorama is moving to the Messe Berlin fairgrounds, and thus much closer to the rest of the Berlin action. The up-market Green Salon is moving back to the prestigious Hotel Adlon off Brandenburg Gate, while the plus-size fair Curvy Is Sexy is moving to larger premises at Palazzo Italia on Unter den Linden.

The biggest relocation, however, is that of Mercedes-Benz Fashion Week Berlin from the Brandenburg Gate to the Erika-Hess Ice Stadium in Wedding.

“It’s a pretty exciting location, and designers will have a chance to think differently about how to present their brand. They can be creative and go wild without having to spend a fortune,” he said.

Like the trade shows, Berlin’s runway roster has also experienced big-name defections, from Hugo Boss to Escada and Rena Lange. Now, more commercial brands like Laurèl and Marc Cain are populating the runways.

Schumacher continues to fill Germany’s “aspirational luxury fashion slot,” said owner Dorothee Schumacher, contending “Berlin has been great for our business. We’re a German brand, we show in Germany and so it’s natural. And we certainly don’t feel we lack attention here.”

She noted international journalists and clients do attend her show in Berlin. However, she is opting for an off-site venue for the first time this season, forgoing the stadium for the loftier premises of the St. Elisabeth church.

On the young designer level, fluctuation is high. For the most part operating on notoriously low budgets, with little domestic retail support and few agents interested in their fashion sector, every season raises existential questions: how to show, where to show, should they skip a Berlin runway season, go elsewhere, or do something completely different?

There are a large number of brands missing from Berlin’s runways and stages this season, but that doesn’t faze IMG’s Clark.

“It doesn’t suit everyone to show every season. We play just one role in their multiple marketing possibilities,” he said. The calendar features the same number of shows — about 50 — as last season, and having more is not the goal, he said. “We want the quality of product shown to increase.”

Nonetheless, Clark would “love to see more retailers here to support the designers. Emerging German talent has received an incredible amount of editorial support and consumers know about them. It’s the perfect time for retailers to take a risk with some talent in Germany.” To that end, IMG intends to bring some specific buyers into town to introduce them to the market. This season, a team from Moda Operandi will be in the German capital scouting for new talent to feature in a trunk show on the Web site in August.

The Berlin Senate also plans to invite more international buyers to fashion week here, albeit starting for the next fall season, as well as convincing missing German brands to participate in Berlin Fashion Week, a spokeswoman said.

In the meantime, among a slate of other initiatives that includes sponsoring runway slots and the Start Your Fashion Business competition, the Senate will be assisting Berlin designers to find co-op partners.

Cooperations of all sorts have been a saving grace for many young designers. The German Web shopping club Brands4Friends is looking for a successor to its first co-op with Malaika Raiss, and German Internet giant Zalando will launch its fourth exclusive designer apparel co-op collection with Tim Labenda this fall.

Under its shoe and accessories private label Zign, Zalando is also presenting a fall capsule collection from Hien Le, who noted his consistent presence on the Berlin runways has brought him more companies interested in collaborations and consulting. In addition, with its designer sales platform Zalando Lounge, up-and-coming designer collections like Ivanman and LVC have been offered a chance not only to sell their wares on Zalando, but via detailed data, get a clearer understanding of what works and doesn’t work with consumers.

Under what she calls “creative crisis management,” Berlin designer Esther Perbandt has availed herself of multiple sponsorships and arrangements to stay afloat, from partly crowdfunding her 10th-anniversary show bash last January to subletting space to Falke in her signature boutique to help pay the rent as well as bring in new customers.

This season, she found unexpected peer support from Michael Michalsky, who has invited Perbandt to join the Michalsky Stylenite lineup, but with a difference. Perbandt will take to the Stylenite stage as a singer, her newly formed band all clad in pieces from her spring collection. This will be Perbrandt’s only showing of apparel.

For his part, Michalsky said he’s always been a big fan of Perbandt’s “avant-garde, free mind-set,” and noted the Stylenite format was conceived to include other designer presentations as well as music performances. The last two seasons, however, he didn’t find anyone “interesting enough, or whose fashion fit into the theme of the evening.”

The Berlin runway lineup might have consistency issues, he said, “but Berlin is always open for people to get started again. There’s a core group doing a great job, and we certainly can’t say there’s no consumer interest. Some 38,000 people live-streamed our last Stylenite show, so obviously people want to know about fashion and how it’s progressing in Berlin.”

Pop-up shops are another favored tactical alternative to the catwalk or trade-show stand, and designer stores in general, both online or brick and mortar, are some local designers’ only presence in the capital during fashion week. One interesting new hybrid is the contemporary flagship from Berlin’s Prag-Agency, the first German p.r. agency to spin off into sales — first wholesale, and now retail.

“It was clear that p.r. needs distribution and distribution needs p.r.,” said Melanie Bauer, of the sales arm of the Prag management team. The 850-square-foot white cube opened in mid-April as a temporary concept, but looks to go permanent.

“We always thought it would be great to have all our collections in one space to illustrate our philosophy that our brands complement rather than compete with one another,” said Bauer. Retailers often buy three or more collections from the Prag brand portfolio, she said, but the store is an additional real-life model for those who need further convincing, as well as a helpful tool for the agency’s press work. And it’s reaching an interested consumer audience as well.

Designer Michael Sontag is also popping up — on the Berlin runway, after a two-season hiatus, and in Kreuzberg, with a special preview of his first store, still under construction and scheduled to officially open in the fall.

In business for five years, he said the store, though hardly in a high-ticket, fashion-oriented neighborhood, makes sense. “I have a lot of private clients who come to my atelier, which is nearby, and I live in Kreuzberg as well. This will be a real Sontag place.

“I’ve seen people [buying] my product. It’s selling well in [Department Store] Quartier 206,” he continued. “But I decided it’s time for me to do this as I see fit. It’ll send a positive signal to retailers and put me on another footing.”

He also thinks it will influence future collections, “for I’ll have more direct contact with my end consumer.”