A Season in the Balance: Hopeful Retailers Brace For Eleventh-Hour Blitz

It's the holiday homestretch and fashion retailers are groping to meet sales and profit goals.

By David Moin and Holly Haber and Sharon Edelson and Georgia Lee on December 18, 2007
View Slideshow 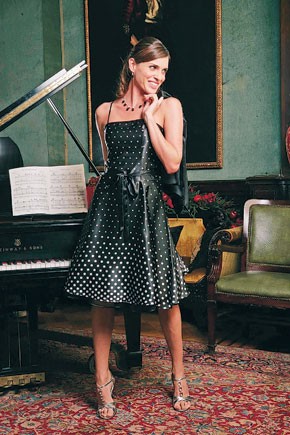 It’s the holiday homestretch and fashion retailers are groping to meet sales and profit goals.

The weekend storm crushed business in the Midwest and much of the Northeast, making a challenging season for apparel even tougher. Women’s sportswear, particularly in classic and basic styles and misses’ sizes, as well as casual wovens, corduroy bottoms and heavier weight sweaters just aren’t moving, according to certain retailers. And consumers are seriously procrastinating, according to the National Retail Federation’s “Holiday Consumer Intentions and Actions Survey,” conducted by BIGresearch. The poll of over 8,000 consumers indicates that as of Dec. 11, about 20 percent of adult males and almost 14 percent of women haven’t started gift shopping yet, a grand total of 35 million, while an estimated 25 million have finished the task.

“We certainly had disruption due to the storm. It impacted all our trading areas — Detroit, Chicago, Boston, Washington and metro New York,” said Jane Elfers, president and chief executive of Lord & Taylor. “But there’s a lot of time left — nine very big days until Christmas, and when it wasn’t snowing business was fine. There’s also a robust after-Christmas business period that seems to get stronger every year.”

“Overall the season hasn’t gotten any better or any more difficult since Thanksgiving. It’s pretty much stayed on course,” said Lou Amendola, chief merchandising officer at Brooks Brothers. “Things that are very special or unusual have no problem selling. Any knit dressing, the whole dress category, silk blouses and accessories at the more expensive price points, have all been very good. What’s been more challenging are typical merino twinsets and any commodity turtlenecks — those items that traditionally you can find in any retail environment. But I do get the sense that business was good last weekend in the pockets of the country that didn’t have bad weather. We do suspect this weekend will see very strong shopping, through Dec. 24 when a lot of companies are closed.”

“The storm has created a little pent-up demand, but it’s tough to say,” how the season will finish up, said one senior official from a national specialty chain. “Basically, the trends have remained the same. It’s not been great.”

“It’s been day by day an up-and-down kind of thing,” said a J.C. Penney spokesman. “I don’t know if anybody is ready to step forward and say that anything is off the charts.” The chain has been highly promotional this month, at one point offering a 60 percent discount on much of its inventory.

“I was amazed how cashmere sweaters seem to be sitting there, although retailers seem to be giving them away,” said Candace Corlette of WSL Strategic Retail, who visited the Roosevelt Field mall on Long Island and Manhattan stores this past weekend. In contrast, “The men’s departments seem to be buzzing with dress shirts and accessories, small leather goods, fragrance, and for women, too, the small leather goods counters seem to be packed. Kate Spade business card holders sold out at Bloomingdale’s, Roosevelt Field.” Otherwise, “there doesn’t seem to be a concentration around any must-have item.” Specifically, Bloomingdale’s cited Michelle and Toy watches, handbags from Chanel and Louis Vuitton, Tory Burch overall and sunglasses from Tom Ford, Gucci and Prada.

“It’s all about the minidress,” said Brian Ruskin, executive vice president of Venus, a $100 million catalogue and Web site business. “That’s by far the number-one category, be it in metallics or sequins. There are also little knit pleated [minidresses]. My best one has metallic stone trim on it like a Burberry raincoat….Our sexy back skirt is my number-one skirt. It has buttons going down the back and is incredibly curve-conscious. Our basic black pant is always on fire….Anything too basic doesn’t get much interest,” Ruskin said, and once the cold hit in late November, outerwear kicked in too, he added.

Bendel’s bought heavily into shine, and did a Horoscope T-shirt from Evil with Swarovski crystals for signs and sold hundreds of them.

At H&M, key trends include short dresses and skirts, knitwear, metallic and patterns, tailored blazers and suits. Pieces are loose fitting and voluminous, or contrasting narrow and wide. Big patterns and accessories are popular for adding bold style. Best-selling items include tuxedo blazers from $24.90, metallic dresses from $14.90, long knit dresses from $14.90, corsets from $19.90, push-up bras from $12.90 and thongs from $4.90.

Roseanne Morrison, fashion director at The Doneger Group, said sweaters and colors are turning well, noting Uniqlo’s cashmere sweater in Pantone colors has been strong, as have outposts in different retailers featuring novelty sweaters with sequins and stones. Other good classifications: blouses with pouf or shirt sleeves, bows and other feminine details; charms that you can make, at Dodo and even Juicy; metallic accessories and dresses, and “the date blouse” that has something special going on, such as being shiny, colorful or off the shoulder.

According to Brooks Bros.’ Amendola, “The Tartan theme is very strong [at Brooks Bros.] in almost all product categories. In women’s, standouts include a Stewart plaid pant at $228 and a long black watch dress at $598. In accessories, a tartan velvet scarf priced at $198 sold out within eight weeks. Luxury blouses in Italian silk priced at $128 have been strong as have cashmere dresses with matching jackets, at $348 each. Novelty knits, particularly in cashmere, are strong and a long cashmere sweater with fox trim priced at $798 nearly sold out. A sterling silver and crystal wheat sheath pin at $268 sold out in six weeks, and luxury accessories continue to sell well, including alligator handbags priced $2,000 to $8,000.”

Yellow gold is having a stellar season at Stanley Korshak in Dallas, where Yossi Harari rung up more than $1 million so far during a trunk show that began Sunday and runs all week.

Yossi Harari’s 24-karat gold and diamond bangles and cuffs from $1,500 to $65,000 have been standouts. The highest-dollar piece sold was a $100,000 necklace of gold, white and black diamond and oxidized gold pebbles.

“Across the board [among designers], it’s high-karat yellow gold,” said buyer Melissa Geiser.

The same is true at Ylang 23 at Galleria Dallas, where colorful stones have also been hot, said owner Joanne Teichman.

“The demand for fancy cuts and colors of diamonds is insatiable,” she noted. “We are selling like crazy earrings, rings and bracelets, especially when rose-cut — old mine-cut — diamonds are used, including Andrea Fohrman, Moritz Glik, Manak and Irene Neuwirth. And there is no end in sight for the run on Catherine Michiel’s silk wrapped bracelets priced from $75 to $1,500.”

American designer sportswear, accessories and chunky fashion rings are bestsellers at Tootsies in Dallas, Houston and Atlanta, said buyer Penne Weidig. “Business has been up and down but we’re up in double digits for December,” Weidig said. “We’re doing really well with shine and novelty.”

“We’re having a great season in accessories — up probably 15 percent,” added buyer Elin Jackson. “Metallics and patents are huge for us in bags and belts and some item shrugs and jackets.”

Neiman Marcus won’t discuss sales until the season is over, but a spokesman said Tory Burch shoes have been hot. An industry source said that handbags, fine jewelry and men’s shoes are also strong. In an unusual move, the chain staged a three-day promotion last week offering a $100 certificate for every $400 spent. Neiman’s has also offered extra discounts to employees this month for a wide array of labels in designer jewelry, cosmetics, shoes, dresses, men’s furnishings and intimate apparel.

At Belk, cosmetics and accessories have been running ahead of plan, while in women’s apparel, contemporary departments have done well. Specialty brands and fragrances are driving cosmetics sales, and in accessories watches, designer jewelry and better handbags have been strong. Better collections, gift items and big and tall products are leading in men’s.

“The highlights are special occasion dressy apparel, such as the little black dress with stones or beading or something that makes it a little extra special, priced between $49.99 and $69.99.” Fulsher also cited georgette bottoms and palazzo pants, $39.99, as well as sequin sweaters, fashion outerwear with fake fur trim, swing cardigans and sweaters with trapeze bodies.