The streetwear brand, owned by I.T, look to make a push into the U.S. as part of a broader bid to grow the businesses globally. 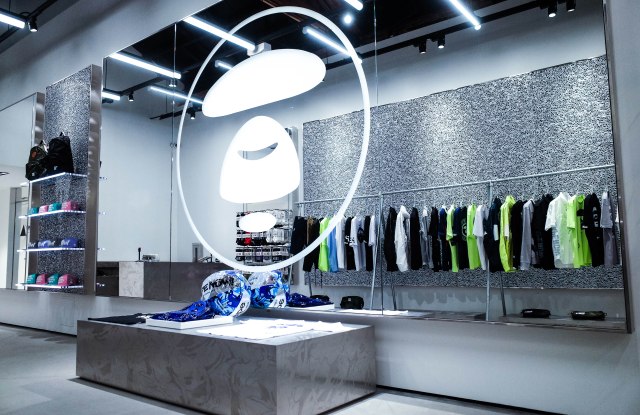 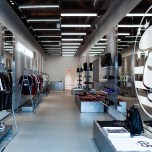 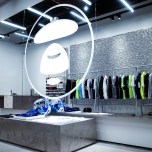 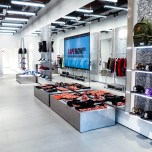 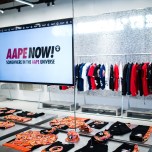 It didn’t take long for AAPE to figure out where it wanted to locate its first U.S. shop.

The Japanese streetwear brand, full name AAPE By a Bathing Ape, has taken 2,300 square feet of space in streetwear’s mecca in Los Angeles, Fairfax Avenue, with the door set to open Saturday.

“We wanted L.A. to be our first AAPE U.S. location because L.A. has a very, very strong, diverse background in terms of population,” said Pamela Cheung, head of overseas business for the clothing brand, adding that the move is in response to customers Stateside who have asked for a store in America.

The store will carry an exclusive L.A.-inspired collection totaling eight stockkeeping units ranging in price from $59 to $179. The designs play with the signature AAPE logo and utilize a black, white and orange camouflage print.

The unit itself features a design inspired by Los Angeles, with Cheung pointing out all of the company’s stores are designed to be relevant to the local markets they serve. The location on Fairfax aims to mimic a tunnel with a Space Age, industrial quality brought out in the use of an aluminum foil called Alusion on the store’s interior and exterior, along with steel racks and concrete floors. A stars and stripe pattern pays homage to the U.S.

More AAPE stores for the U.S. are conceivable, but it’s dependent on the performance of the Fairfax one, with the most likely candidate for the next door being New York, according to Cheung. AAPE counts 70 stores worldwide.

AAPE sister brand BAPE — short for A Bathing Ape — will see its own expansion to the L.A. area with a store in the coming months set for Melrose Avenue, across from Maxfield. BAPE’s new store would be paired with the brand’s 13-year-old New York unit, giving it a presence on both coasts. Cheung declined to provide more information on Melrose, citing details still pending on the location.

A New Generation at the House of Bijan Eyes $1B Valuation