The move is part of Abercrombie's multiyear transformation, and could be an attempt to snag market share in the intimates apparel category.

The pop-up trend continues in the cluttered lingerie landscape.

The pop-up shops will sell women’s bras, underwear and sleepwear, and will include elements specific to each market — which are Tysons, Va., Miami; Cerritos, Calif., and Friendswood, Tex. — such as references to local hot spots.

“These Gilly Hicks pop-ups introduce new, engaging experiences for our customers and create greater brand awareness,” Kristin Scott, president, global brands at Abercrombie & Fitch Co., said in a statement. “As part of our test-and-learn approach, we’re looking forward to seeing how customers respond to Gilly in these unique and innovative formats.” 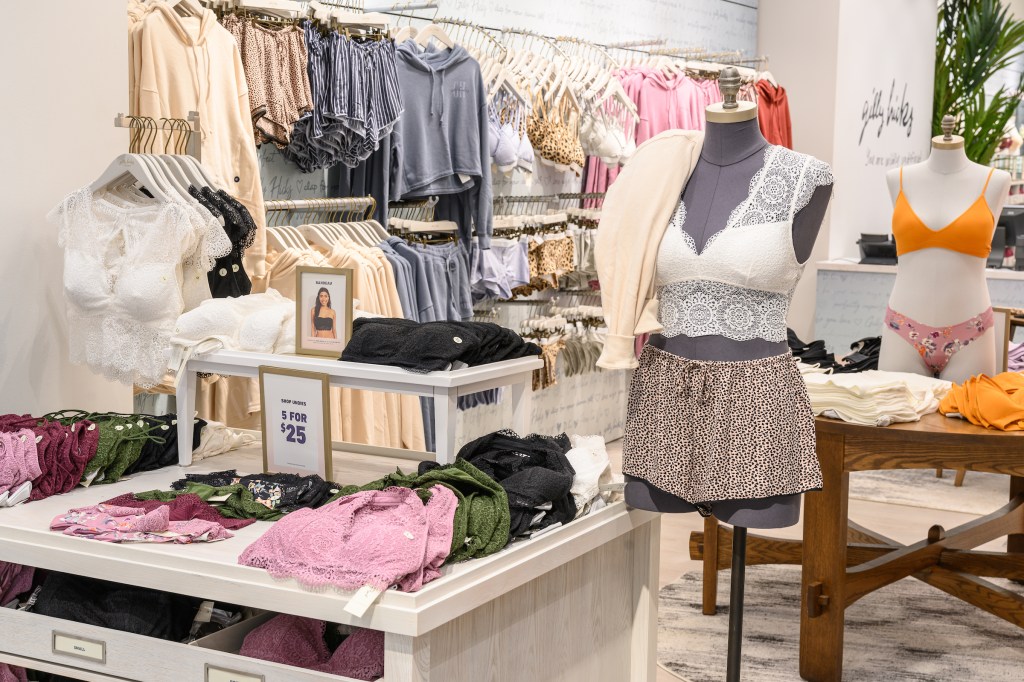 The Gilly Hicks brand launched in 2008 but failed to catch on with consumers. The brand closed in 2013. Then in 2017, Abercrombie reintroduced Gilly, selling it at Hollister stores, in addition to two stand-alone locations: Honolulu and Garden City, N.Y.

Earlier this month, ThirdLove, a popular direct-to-consumer lingerie brand, announced that it would open its first physical storefront — a temporary space in New York’s SoHo — in July. ThirdLove cofounder and co-chief executive officer Heidi Zak told WWD that the decision to open a brick-and-mortar location was based on customer demand to touch and feel products before purchasing.

Meanwhile, parent company Abercrombie & Fitch continues to struggle. Company shares are down more than 21 percent year-over-year. In its most recent quarter, the company reported a loss of $19.2 million and announced that it would close some of its flagships, something many people saw as a sign of weakness. 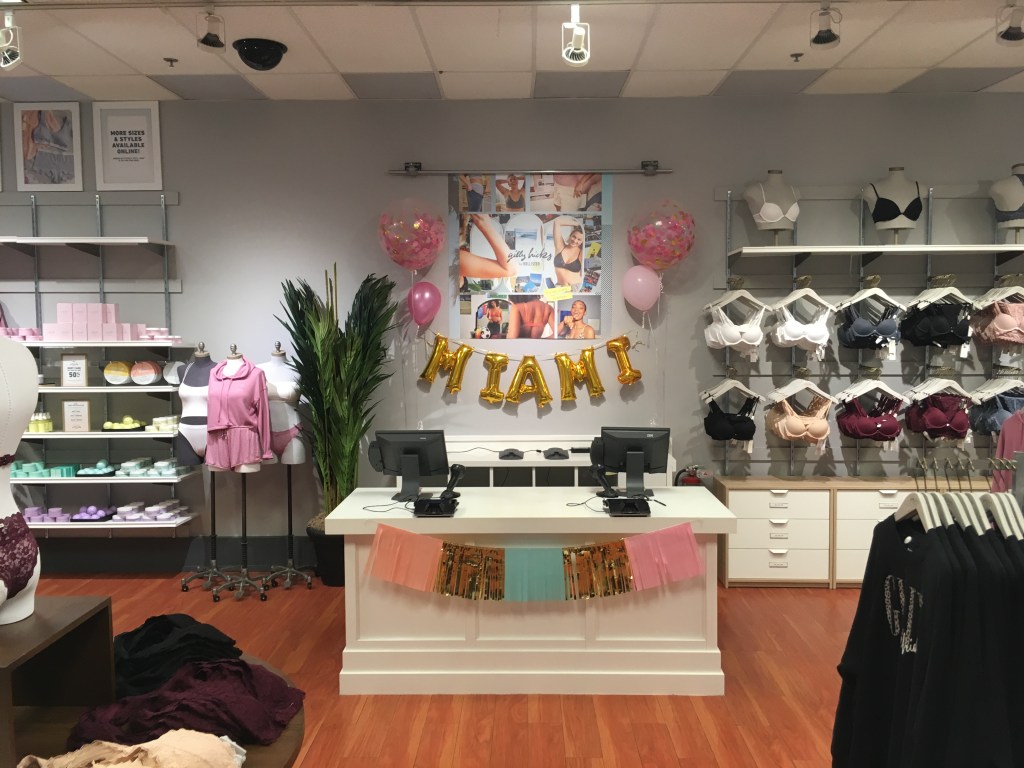 Each new Gilly Hicks pop-up will include elements from its local market.  Courtesy

But the company sees it as an evolving move. Scott Lipesky, senior vice president and chief financial officer of Abercrombie & Fitch, said flagships are out of date in today’s changing retail environment, and said the company will continue to pivot to digital. During the May conference call with analysts, Abercrombie ceo Fran Horowitz told analysts that the company had record sales in two “must-grow categories” last quarter: swim and Gilly Hicks.

The Gilly Hicks pop-ups appear to be part of the company’s transformation strategy. A representative from Hollister said the temporary locations will serve as a test run for Gilly Hicks, while allowing Hollister to gauge interest in the stand-alone stores.

It might also be an attempt to capture some market share in the already competitive intimates apparel landscape, which — up until a few years ago — was dominated by Victoria’s Secret.

Abercrombie competitor American Eagle Outfitters has had enormous success with its intimates apparel brand Aerie, which targets younger consumers with its messages of inclusion and comfort.

Hollister, which also appeals to teenage shoppers, plans to open additional stand-alone Gilly Hicks stores, along with side-by-side locations, throughout the year. The exact number will be determined by customer demand, according to the Hollister representative.