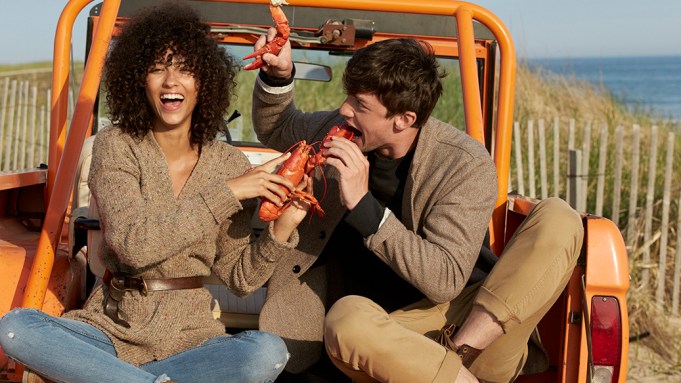 That’s according to Fran Horowitz, chief executive officer of Abercrombie & Fitch Co., who told analysts at the company’s Investor Day presentation on Wednesday at the New York Stock Exchange that the firm’s hard work over the last few years is putting it in a great position to grow over the long haul to a $5 billion global lifestyle brand. The last Investor Day was back in 2013 under a different management team.

She spoke of three phases: stabilization over the last few years, the current phase of transformation and future acceleration of its growth. While the key driver in the accelerated growth phase includes taking market share in North America, Horowitz also noted that the company sees a $1.5 billion opportunity for its brands in China and Europe.

“As I have said many times, there are no silver bullets, just the results of painstaking intentional hard work over several years,” she said.

Horowitz spoke about going shopping at Abercrombie and its sister brand Hollister before deciding whether to join the team in 2014. Her findings were that the similar product lines meant the company was essentially competing against itself. She joined initially as brand president of Hollister. She became ceo of the company last year.

After changing the corporate structure — such as moving from one decision-maker to a brand-centric format, adding merchants and moving regional store managers out from the corporate headquarters to be closer to the regions they are managing — and keeping the focus on the consumer at the core of all decisions, the company “saw a return to growth across all brands, geographies and channels” in the fourth quarter. The quarter also was as an inflection point in the transformation of the Abercrombie brand via positive comps for the same three-month period. Horowitz said the company went from an organization that was store-driven in its marketing to one where the focus is digital-driven.

She told analysts that the company is projecting growth for 2018, both for the top and bottom lines.

“Abercrombie & Fitch, Hollister and the subbrands Gilly [Hicks] and [Abercrombie] kids have much potential,” the ceo said.

In a quick chat following the presentation, Horowitz said there are other geographical areas the company can tap for international growth further down the road, such as in the Middle East, Latin America and other parts of Asia. Western Europe and China are the two more immediate areas that the company plans to focus on for growth overseas.

The company, in evaluating store location and size of footprint, is “moving away from the large legacy flagship stores” and more toward becoming mall-based due to higher traffic patterns. While it would still open some street-level stores, the company is also looking at “opening more stores in a single country so it can have a little more density” in the geographic area, the ceo said.

Stacia Andersen, brand president for the core Abercrombie brand, noted that the company wants to be where consumers shop, and the “local customers are shopping at the malls.”

Andersen also said the brand, which targets Millennials between ages 21 and 24, is the official fashion partner of an upcoming music festival that has a strong match-up of attendees with the brand’s customer base. She declined to provide further details, but said more information would be forthcoming shortly.

Joanne Crevoiserat, chief operating officer, said the company, which once had nearly 1,200 stores, closed more than 400 over the last few years. It has 285 core Abercrombie and kids stores, as well as 394 Hollister stores at the start of the year.

The cfo provided more details regarding the company’s overseas opportunities over the longer term. Europe is about a $1 billion growth sector for the company. The retailer’s footprint in Europe included 117 stores at the end of 2017, comprising 17 Abercrombie large-format stores and 100 Hollister stores in malls. She also estimated China to be a $500 million opportunity. The company has 28 stores in the country across its brands. Crevoiserat said the company plans to “grow its relationship with Alibaba.” It has a presence on Tmall.

Kristin Scott, brand president for Hollister, spoke about building the brand and how it can be a multimillion business for the Gen Z crowd. She also discussed the brand’s social and digital media strategy and the buildout of its content strategy, all of which are important for a generation where “discovery” is through social engagement. Scott also spoke about expanding the Gilly Hicks brand, and plans to grow swimwear, which “fits perfectly with the brand’s DNA” and given the white space in the category.