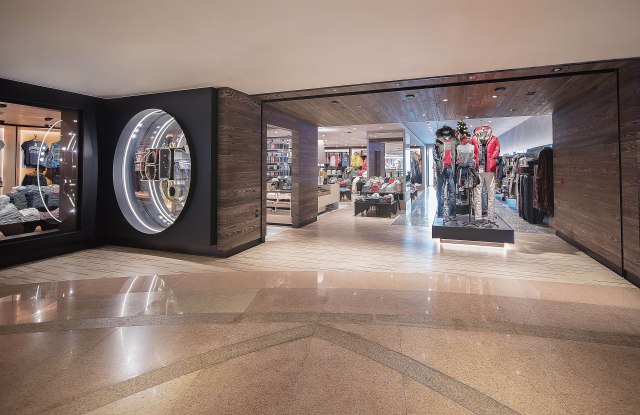 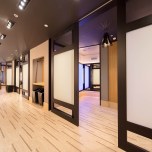 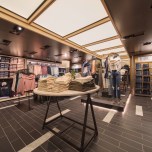 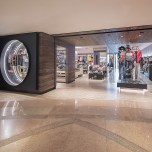 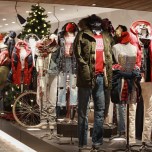 The prototype was unveiled in February at Polaris Fashion Place in Columbus, Ohio. The new concept reflects the evolution of the brand as it aims to focus on a more mature audience. Since then, the company has taken elements of the prototype — a refurbished logo from 1892, the open concept layout and the runway area in the store — to refresh select existing stores.

In June, Abercrombie said it would reenter the Hong Kong market by the end of this year. The store at Harbour City — the flagship property of Wharf Holdings, as well as the largest mall in Hong Kong — is about 6,800 square feet. It is also significantly smaller than the site vacated by the brand earlier this year on Pedder Street in the business district known as Central.

The new store, which features a window overlooking Victoria Harbour, was designed to be an inviting space that allows for brand engagement and “product trial.” Gender-neutral fitting rooms are equipped with controls for lighting and music, as well as a phone charging dock. They include three individual spaces and three “suite-style” rooms that allow for the sharing of looks with a friend or family member.

Stacia Andersen, brand president for Abercrombie & Fitch, said, “We designed this new space based on our customers’ feedback, and our understanding of how they like to shop. The result is an open, comfortable, technology-enabled and service-first experience that reflects the shopping experience of today.”

Inside the Abercrombie store at Harbour City mall in Hong Kong.  Courtesy Photo

The runway feature inside the new Abercrombie store at Harbor City mall in Hong Kong.