Brand is aiming to reach $1 billion in total revenues for international flagships by 2015. 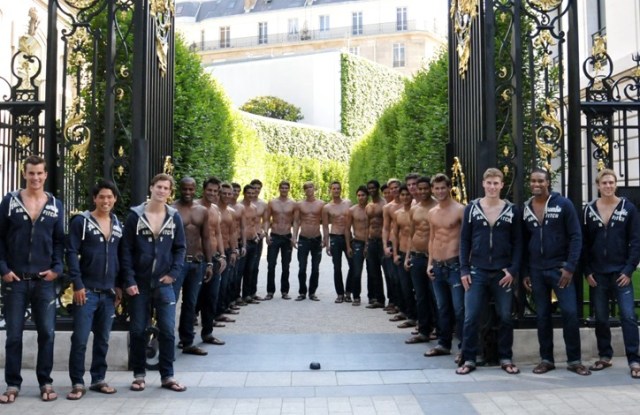 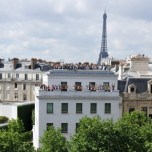 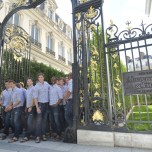 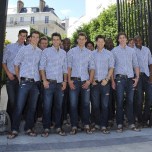 PARIS — Location is key to the international rollout of destination flagships for Abercrombie & Fitch, which today opens its first French store on the tourist-packed Avenue des Champs-Elysées here.

Customers enter through a gilded wrought iron gate, a tree-lined path and manicured garden to reach the four-story unit, which is hidden from the street.

Abercrombie has been drumming up hype via social media platforms, such as its Facebook page. The brand also recruited 101 buff male models from across its store network to greet customers, shirtless, at the new Paris store.

A hop away from prestigious Avenue Montaigne, the store measures around 33,000 square feet.

Eric M. Cerny, the brand’s head of investor relations, declined to give sales projections or reveal Abercrombie’s investment, but said the aim by 2015 is to reach $1 billion in total revenues for international flagships, versus around $200 million today.

“I think we are overstored in the U.S., we’ve been very candid about that, and we don’t want to do the same in Europe. It’s more about exclusivity, like a club,” said Cerny.

The brand is using its younger Hollister brand to expand in Europe’s malls. Hollister counts 31 stores outside of the U.S., 19 of which are based in the U.K. The brand opened 20 Hollister stores internationally last year, with plans to open 40 more this year.

As reported, the specialty retailer now sees global sales reaching at least $7.5 billion by 2015, and split roughly even between domestic and foreign operations as it spreads its sexy, youthful, casual appeal worldwide.

The firm sees big opportunity for development in Europe and Asia where, according to Cerny, Abercrombie & Fitch has a unique positioning.

“We’re the only [premium] brand going after the teen customer with an all-American lifestyle concept, there really aren’t too many players over here, there aren’t a lot of similar concepts out there,” he said. “We’re seeing as we expand internationally that there’s a fascination with the American lifestyle.”