The brand, which was cocreated by TikTok stars and sisters Charli and Dixie D’Amelio, debuts May 20 at Hollister stores and Socialtourist.com.

Abercrombie & Fitch Co. is getting social.

The brand, which features fashions that can be found trending across social media platforms, is meant to be a reflection of the Gen Z experience, shoppers who have come of age in a digital world.

She’s referring to TikTok personalities and sisters Charli and Dixie D’Amelio, who, in addition to being the stars of the campaign, helped cocreate the line. (Their father, Marc D’Amelio, also served as a consultant for Social Tourist.) 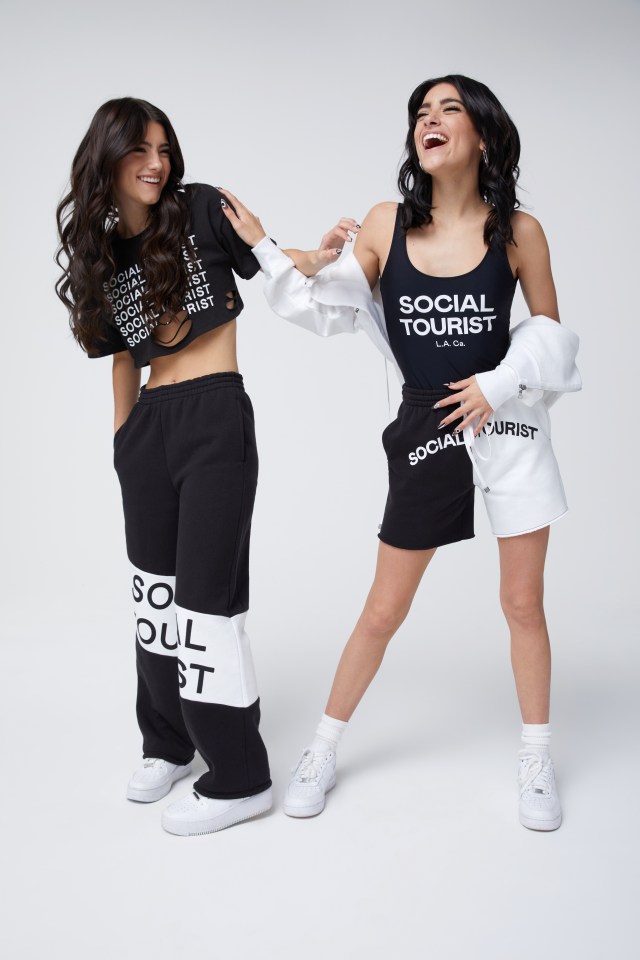 “This exclusive multiyear partnership takes our relationship with Charli and Dixie to the next level by leaning even further into Gen Z’s digital-first mind-set and tapping into the power of social selling, including monthly limited-edition digital exclusive drops,” Horowitz said.

“And TikTok has become one of the leading indicators of fashion for these kids,” Horowitz added, referring to the young adult demographic. “I would say Charli and Dixie in particular, with their style and their confidence, they set trends, because the kids are all following them.”

Social Tourist will make its debut in Hollister stores and Socialtourist.com on May 20. While select pieces from the brand will be available IRL at Hollister stores, Horowitz said the company anticipates the majority of business will be done online.

She added that the connection to Hollister, as compared with the nameplate brand, is due to the fact that Hollister is a teen brand, whereas Abercrombie is more geared toward Millennials. The company hopes Social Tourist will attract the late teen or early twentysomething consumer, shoppers in the same age range as the D’Amelio sisters.

“Charli and Dixie are the quintessential example of what it’s like to grow up in the digital world and we’ve always believed they authentically represent our teen customers’ mind-set both online and in real life,” said Kristin Scott, global brand president at Abercrombie & Fitch Co. 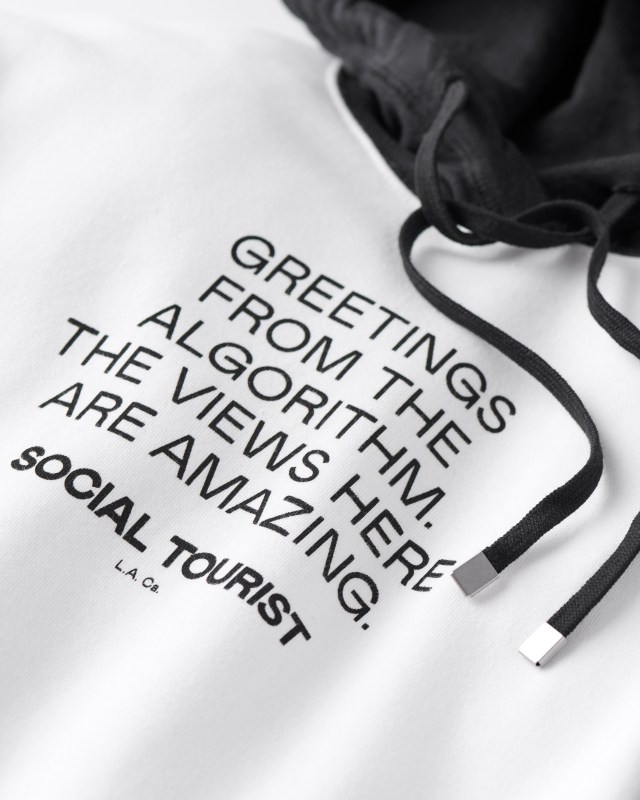 Social Tourist is geared toward Generation Z, the cohort who grew up online.  Courtesy Photo

Social Tourist comes off the heels of Abercrombie’s previous relationship with the D’Amelio sisters, which began last July for Hollister’s back-to-school campaign and then continued with product drops throughout the fall and holiday season.

“Each one was incredibly successful and more successful than the last,” Horowitz said. “They resonated so incredibly, both with our current Hollister customer as well as all the customers that they have brought into the brand by creating a pretty amazing halo of what they do.”

Each drop was also able to reach more people. Combined, the two sisters have more than 166 million followers on TikTok. Across TikTok, Instagram and YouTube they have nearly 250 million followers. Meanwhile, social media views of the Hollister back-to-school campaign featuring the sisters reached 5.4 billion views two months after launch.

“They are leading influencers today and a partnership with them and right now is the absolutely right thing to do,” Horowitz said. “These girls have grown up and lived their lives on social media. And what’s very important about kids their age is that they are touring, literally touring life and deciding who they are and what they want to be when they grow up. So we cleverly thought, putting those two things together, social and tourist, we hope to [evoke] that feeling and energy behind the line.”

The D’Amelio sisters are equally as excited to continue working with the retailer.

“Our relationship with Hollister has been so positive and the brand really listened to the things that mattered to us, so once the idea presented itself, it was a no brainer,” Dixie said.

Charli added, “We have always loved fashion and had talked about how amazing it would be to create a clothing brand together based on things that we wanted to wear.”

But this is not the D’Amelio sisters first venture into the world of fashion. In March, the duo teamed up with accessories brand Pura Vida for a jewelry collection. Later that month, the influencers launched a limited-edition apparel and accessories collection with Dunkin’. The sisters also serve as the face of Morphe’s Gen Z subbrand, Morphe 2.

But compared with previous collaborations, Social Tourist “really represents both of us and explores how our generation is balancing who they are on social media with real life,” Dixie said. “We are so excited for people to finally see what we have been working on this past year.”

Social Tourist will include things like men and women’s T-shirts, fleeces, dresses, skirts, swimwear, socks, hats and water bottles across four distinct categories: dual gender, trend pieces, basics and swim. The inaugural collection will have about 80 items, with new pieces dropping each month. Many of the trend pieces, specifically, will be limited-edition and available only online.

“The product is a little bit more elevated than what we carry in Hollister,” Horowitz said. “Hollister definitely has fashion, so don’t misread me, but it’s different. I like to explain to the [A&F] team, you have something called the fashion pyramid. There’s things that are at the top of the pyramid that are a little bit more forward thinking and these girls really pushed that even more forward. They’re really leading when it comes to trend and fashion. And that’s what Social Tourist will do for us, really elevate it a little bit further. It will also be a little bit more expensive than Hollister.”

Prices for Social Tourist range from about $10 to $80 each piece.

The launch of Social Tourist comes after Abercrombie finished its all-important holiday season above analyst expectations, still managing to log a profit for the quarter despite the turbulent environment caused by the pandemic. (Albeit a slightly lower profit than the year before the pandemic.)

As recently as March, Horowitz told WWD that Abercrombie & Fitch was considering a brand acquisition. But the CEO said the timing was “perfect” to launch Social Tourist.

“We headed into 2020, really with some nice momentum: Abercrombie was really turned around; Hollister had been doing nicely for the last couple of years,” the CEO explained. “[Now] all the brands are resonating. We’re in a really good place. We came out of [the fourth quarter] with good results. We saw nice momentum increase over all of 2020. We came out stronger, faster and smarter, candidly, than we went into the year, with strong balance sheets. And we took 2020 to sit back and evaluate what our opportunities are.

“It actually all came together, because we are so focused on digital and social and we learned so much in 2020 because we all had to be completely online and digitally focused, that it actually made the inspiration even easier to make it happen,” Horowitz added.