Academy Sports + Outdoors posted solid fourth-quarter and year-end results on both the top and bottom lines, seeing consumers eagerly participating in sports and enjoying the great outdoors again after months of the stay-at-home pandemic lifestyle.

Executives of the Katy, Texas-based, full-line sporting goods and outdoor recreation chain said Tuesday that they expect another strong year ahead for the company, marked by a return to store openings, though 2022 won’t be quite as robust as 2021.

Wall Street rewarded Academy, pushing the stock up 8.8 percent, or $3.19 to $39.40 by mid-afternoon trading at Nasdaq Tuesday.

Ken Hicks, chairman, president and chief executive officer, said in a statement that “2021 was an extraordinary year for Academy Sports + Outdoors. The team delivered the highest sales and profits in the company’s history while navigating the many challenges faced by the company and the retail industry.

“We are proud of what our company has accomplished over the past three years, but even more excited about our future growth prospects. Academy is well positioned for substantial long-term growth in its existing stores with our broad assortment of great products from the best national and quality private brands, excellent customer service, expanding omnichannel capabilities and multiple new store openings in our current and new markets.” 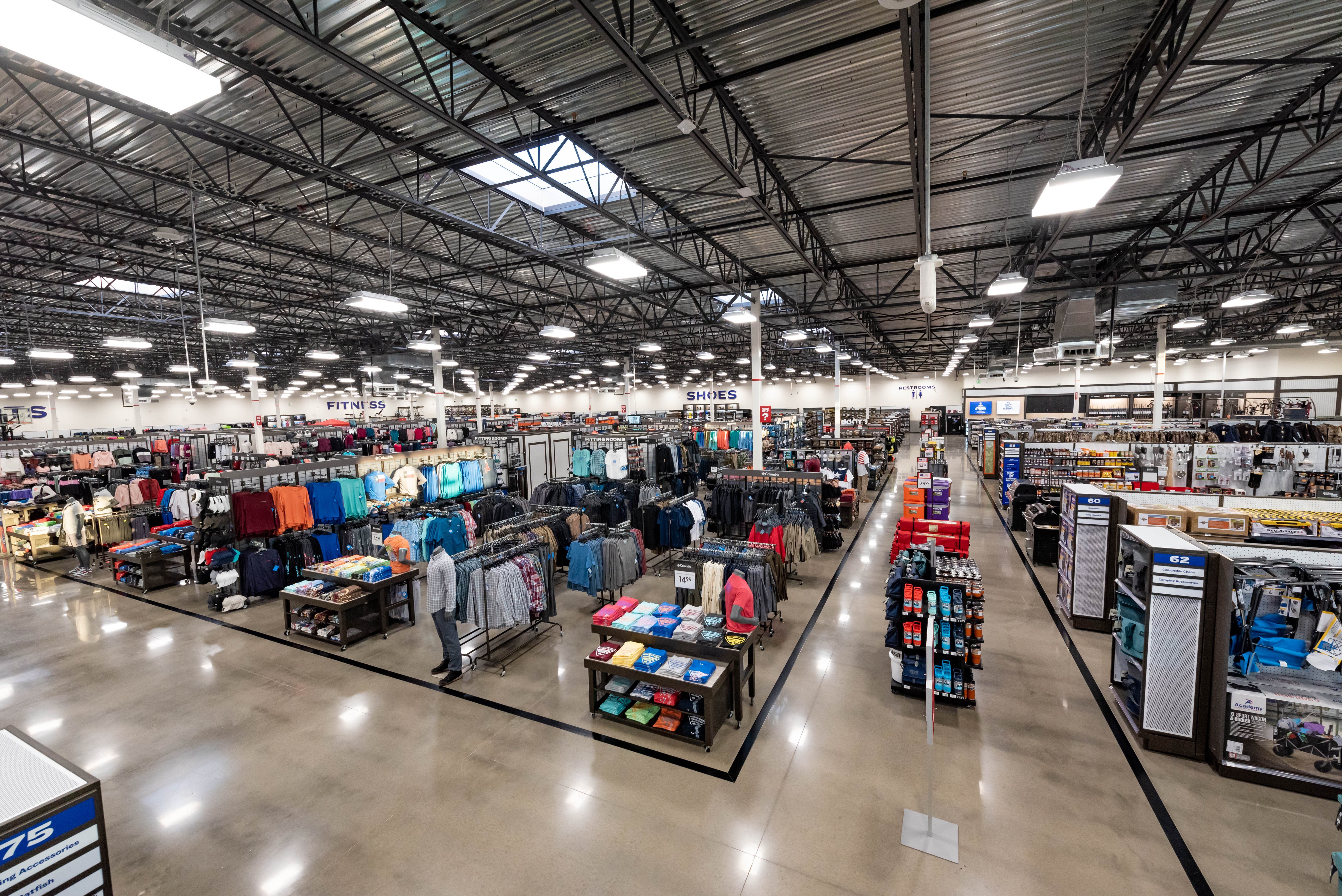 “We saw a pretty good balance around all four of our merchandise categories,” Steve Lawrence, chief merchandising officer, told WWD in an interview.

He said the best-selling areas last quarter were apparel, up 20 percent and driven by fleece, and footwear, up 14 percent, driven by performance and running shoes. Top three brands were Nike, Adidas and Under Armour. Yellowstone licensed apparel, based on the dramatic series streaming on the Peacock network, was also strong.

In hard goods, the outdoor category was up 10 percent, and sports and recreation rose 8 percent.

About 55 percent of Academy’s volume is in soft goods and 45 percent in hard goods.

Executives characterized Academy Sports + Outdoors as having a solid foundation and momentum for growth and preparing to open 80 to 100 stores over the next five years, including entering the Virginia and West Virginia markets for the first time. The company has 259 stores in 16 states and plans to open eight this year.

In late April, Academy will open its first new store in two years, in Conyers, Ga., a suburb of Atlanta. It will reflect the prototype launched in 2019. It’s marked by lower fixtures and larger signs on walls for improved sight-lines and easier navigation; natural lighting with more windows; faster checkouts with a single queue leading to multiple registers; more mannequins, and flexible layout with fixtures on wheels so merchandise areas can be upsized or downsized depending on selling trends. Academy stores are around 60,000 square feet in size on average, and all off-mall and situated in lifestyle and strip centers.

Through the pandemic, Academy worked on price optimization, planning and allocation system upgrades, strengthening relationships with key national brands such as Nike and others that have been curtailing distribution but staying with Academy; added payment options; launched a new mobile app, and reshaped the marketing so it’s more digital and more targeted.

Academy is also benefiting from Americans gravitating toward wellness; sports and hobbies, such as pickleball, biking and fishing; outdoor activities such as grilling, and generally exercising more. “A lot of these trends are sticking, whether it’s the workout regimen or some of the hobbies they’ve picked up,” Lawrence said.

This year, one big project, aside from rolling out stores, involves improving the logistics of moving goods from vendors to distribution centers. “We are looking at all elements of the supply chain and how to move goods through faster and more efficiently,” Lawrence said. “We already have a good supply chain, but there is more opportunity to do more cross docking, how to store and sort things better in the distribution centers, and move goods faster and more efficiently and less expensively.”

Asked how the company is situated with inventories, in light of supply chain bottlenecks, Lawrence said that at the end of the fourth quarter inventories were up about 18 percent from the year-ago quarter but still down compared to 2019.

“If you walk our stores, you’ll see we are in pretty good stock position in most categories,” Lawrence said, though he noted that the merchandise is light in hunting, particularly with ammunition and firearms.

Asked about inflation’s impact on the business, Lawrence said, “Hard goods saw price [increases] hit a little faster than the soft goods. We have seen more of it in hard goods, but all areas are feeling it. But we are not asking the customer to just pay more for the same product. We are adding more make, more details into what we’re selling.” Academy’s pricing centers on offering everyday values and promotions that are muted compared to competitors.

He also said the company has been able to reduce promotions because demand and traffic is higher at Academy due to brands narrowing their distribution elsewhere.

Comparable sales in 2022 are seen declining between minus 4 percent and minus 1 percent.

Michael Mullican, executive vice president and chief financial officer, said, “For the second consecutive year, Academy delivered record financial results, driven by a dedicated, adaptable team, lasting operational improvements and strong consumer demand. Looking ahead, we are focused on building upon this success by executing our internal initiatives, managing our expenses and deploying our free cash to grow the business and enhance shareholder value. Our outlook for 2022 reflects an expectation of continued strong financial performance and operational improvements, while thoughtfully considering the headwinds of inflation, supply-chain bottlenecks and the prospect of difficult prior-year comparisons.”