A survey of department stores across the U.S., Europe and Asia found a mix of popular staples. 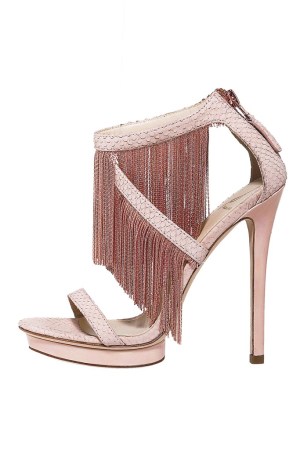 From a retail perspective, mid-January is largely considered the off-season, an in-between time devoted to clearing the last of fall sale merchandise (shoes at 70 percent off!) before the bulk of resort and spring hits shelves. So what accessories are people buying in the interim? A survey of department stores across the U.S., Europe and Asia found a mix of popular staples. Proenza Schouler’s PS1 bag, the tried-and-true YSL Tribute shoe, Alexander McQueen’s skull scarves and Stella McCartney’s Falabella bag were big sellers in multiple stores. The rest of the items could best be described as random. Net-a-porter reported that M Missoni’s woven doll key fob was tracking well, while Brooke Jaffe, Bloomingdale’s fashion director of accessories, said Native Union’s plastic Pop phone, a retro telephone receiver that plugs into your smartphone, was flying off shelves: “Anything that’s a standout ‘wow’ that the customer hasn’t seen before is great.” At press time, the euro traded at $1.31, the yen at $0.013, the pound at $1.58 and the Hong Kong dollar at $0.13.