Adapting to the New Retail Landscape 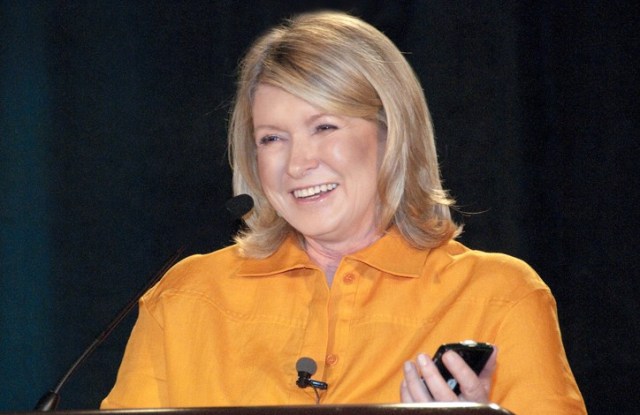 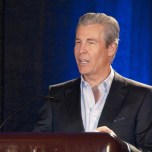 TUCSON, Ariz. — At the 15th annual Global Retailing Conference here last Thursday and Friday, Martha Stewart clearly articulated traditional retailers’ modern dilemma. In a world in which shopping on the Web is easy and convenient, they have to be that much better than their online rivals — and even their own online shops — to lure customers into stores.

“No matter where you live, you can get great stuff if you order online. It’s happening, and it is going to continue to happen,” said Stewart. “The challenge, I think, to retailers is to keep the stores very, very interesting and to keep new and innovative products appearing in the stores as they grow their e-commerce business.”

Similarly, Raul Vazquez, executive vice president, global e-commerce at Wal-Mart Stores Inc., said, “Consumers today, when you ask them what their favorite retail experiences are, they list online companies. One could argue it is a superior customer experience online.” And he continued with a cautionary note: “There are going to be winners and losers. Some people are going to ride this game, and it is going to be phenomenal for them.”

Retailers are certainly not throwing in the towel, as evidenced by the speeches encouraging innovation from executives at companies as diverse as Wal-Mart, Macy’s Inc., Gilt Groupe, Crate & Barrel and QVC Inc. during the conference, which was presented by the University of Arizona’s Terry J. Lundgren Center for Retailing at the Loews Ventana Canyon resort. Instead, they have carved out strategies to distinguish themselves from competitors — online or otherwise — and implement technology to keep pace with customers’ adoption of the latest advancements.

Lundgren, the chairman, president and chief executive officer of Macy’s, said the retailer has been making its merchandise relevant to consumers with its deals for exclusive brands. Last year, he estimated about 40 percent of sales came from those brands carried only at Macy’s, such as Rachel Rachel Roy, Tommy Hilfiger and Material Girl — a key point of difference to drive shoppers into stores. “If the customer likes the brand and wants it, they can only come to you for that product,” he said.

Meanwhile, Macy’s has been on board the technology train. Lundgren mentioned Quick Response bar codes, which are placed throughout stores and are readable by shoppers’ cell phones, enabling them to watch videos of designers telling stories about their inspiration. And he highlighted successful online marketing efforts, including a contest via Facebook with Clinton Kelly for wardrobe makeovers that garnered around 20,000 applicants; a beach party in Chicago promoted on the Web in advance of spring break to energize young customers; and a flash performance of “Hallelujah!” by the Opera Company of Philadelphia at Macy’s Center City store that has been viewed more than 7 million times on YouTube.

Three years ago, Lundgren said Macy’s spent no money to advertise digitally. Last year, he said, the company shelled out $120 million to do so. “We are planning to grow that number significantly and, in many ways, it is coming out of traditional media,” said Lundgren.

Vazquez underscored technological progress isn’t a boon to everybody. He singled out an independent San Francisco store owner who, in order to gain new customers, had his margins shaved by Groupon taking 50 percent of sales on its offers and Google asking for 20 percent or more of sales for the store to show up on local searches. “We are going to start spending a lot more not only to acquire these new customers…[but] for every new customer that someone is acquiring, some other person is spending money to retain that customer,” he said.

Still, seizing the opportunities technology provides is a must for most retailers’ survival. “The whole ecosystem that you’re part of is under attack right now by people who are innovative,” said Vazquez. Elements of Wal-Mart’s counterattack he identified are Web enhancements that allow users of the retailer’s site to determine which stores around them have a product — for example, the iPad 2 — in stock, and its “Site to Store” program being rolled out nationally that lets customers order online and pick up their purchases in stores. Vazquez also said Wal-Mart is exploring self-service “way finding” technology that informs customers on cell phones where something they are looking for is located inside a store so they don’t have to ask for directions.

Giving consumers more precisely what they want — and securing an order — is the goal of many of retailers’ technological improvements. At Wal-Mart, Vazquez said the Web site suggests daily values based on customers’ online viewing and purchasing patterns. Gilt Groupe is introducing individualized tailored e-mails to all its members after a test resulted in a 7 to 12 percent lift in revenue from a limited group getting the personalized e-mails. Chairman Susan Lyne explained that two regressions run each day, examining what members browsed and added to their carts, and purchasing behavior power the personalized e-mails. She added that e-mails to alert members any time a designer they have bought from before is up on Gilt Groupe again has led to a 30 to 40 percent lift in revenue.

For the customer, Mike George, president and ceo of QVC, said the television shopping network’s objective with new technological tools is to “create an experience that’s about her and the QVC that she wants, not the QVC we want to offer her.” He said QVC is changing its technological infrastructure to respond to where the customer engages with QVC (such as a tablet versus the TV), what time she buys products and where she wants packages left at her house, as well as many other data. As it does so, George said, the technological ground is shifting under QVC’s feet. Mobile technology, he stressed, “will change retailing in the most fundamental and profound way, and I think at a pace that will make the pace of change driven by the Internet [seem] glacial.”