The pop-up shop is on the same block as Bloomingdale's, MAC and AllSaints.

Dedy Schwartzberg and his new Adika pop-up shop at 508 Broadway in New York.

Adika, a publicly traded Israeli e-commerce business catering to Generation Z, has landed in the U.S.

The web site, which has 600,000 unique visitors a month, will open a pop-up shop today at 508 Broadway in SoHo, on the same block as Bloomingdale’s, MAC and AllSaints.

Dedy Schwartzberg, chief executive officer of Adika, was in New York Tuesday discussing  the company’s plans to cultivate the U.S. market. The pop-up, which will stay open for three months, follows a strategy Schwartzberg embarked on in Israel where he opened eight pop-up stores throughout the country which eventually became permanent locations.

“We didn’t want our clients to think it was a retail company,” said Schwartzberg, who founded the e-commerce business in Tel Aviv, Israel, in 2012. He noted that 75 percent of their orders are from mobile, and 85 percent of their customers who go to their web site come from their mobile site. “The stores are like the legs of the online,” he said.

Schwartzberg said that he’s targeting a young woman between the ages of 15 and 25, “but it’s not by age, it’s behavior.” He caters to a young woman looking for trends and who wants to be sexy and cool.  Schwartzberg said he is often considered “the sexy sister of Brandy Melville.” Everything is made in China (where he’s now paying 40 percent in tariffs), but he says he’s not raising prices.

The company’s biggest assets, he said, are twofold. Everything is developed in-house and they produce fast fashion. While he admits he’s not a fashion designer, he said that if Gigi Hadid wears something red on Instagram, his customers want it now. He can develop a new product in 10 days and have it available on the web site or selling floor the next month. He said it’s a four-week process from scratch to sales floor or the home page.

In the SoHo shop — where pink is the dominant color as far as decor — he is offering customers 30 percent off every purchase in the next three months if they go to the web site and put in their e-mail. He anticipates the average price point will be between $25 and $30, and anticipates bestsellers will be the oversize hoodies, the leopard looks, tie-dyed sweatshirts, denim items and streetwear. 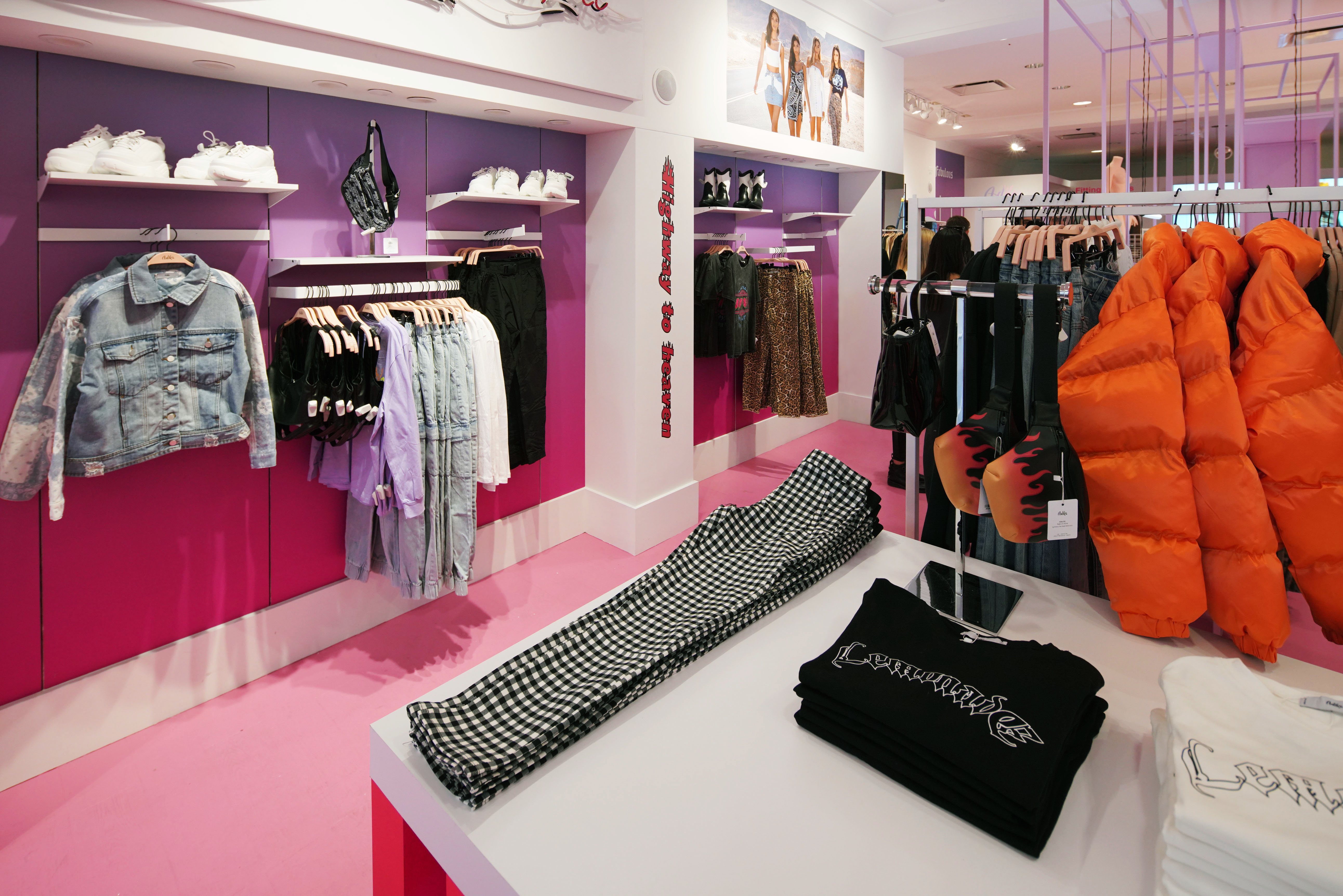 A view of the new Adika pop-up shop.  George Chinsee/WWD

Customers will be greeted by a sign that says, “Hello NYC,” as they enter the 1,500-square-foot store. The space has four to five dressing rooms.

Schwartzberg said that once he started opening stores in Israel, the company’s return rate went from 25 percent to 10 percent. He said now the customer can pick up in stores, return it in stores, try it on, and if it doesn’t fit, can switch it for something else.

Asked if he intends to offer men’s wear eventually, Schwartzberg said, “I want to sell. I don’t want to waste time.” So that would be a no.

Schwartzberg said one of his immediate goals is to start wholesaling his collection (and that’s why he’s putting down some roots in New York) and he’s currently in discussions with a major retailer.