The perfumery chain is being valued at more than 3 billion euros. 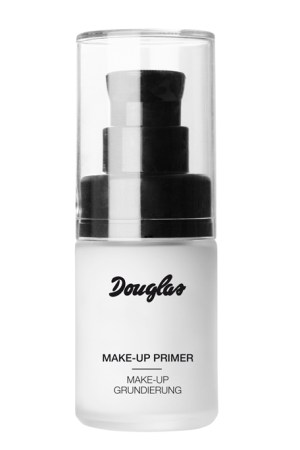 PARIS — Douglas, one of the biggest perfumery chains in Europe, could change hands soon, perhaps by midsummer.

The German retailer has been put on the block, said Isabelle Parize, general manager of Southern Europe at Douglas Group and chief executive officer of Nocibé, which was acquired by Douglas in February 2014.

Speaking at a press conference here Thursday, she said Douglas’ valuation is upward of 10 times its earnings before interest, taxes, depreciation and amortization, which in 2014 was more than 300 million euros, or $398.9 million at average exchange for the year. That values Douglas at more than 3 billion euros, or $3.25 billion at current exchange.

“The shareholders would like to exit,” said Parize, confirming reports that circulated in March.

Private equity firm Advent International acquired an 80 percent stake in Douglas in 2012 and is seeking to get out of the firm definitively.

Under Advent, Douglas Group has been busy spinning off noncore assets. Last year it sold the Hussel confectionary business and Christ jewelry chain. The German press has speculated that Thalia, the group’s book retailer, and AppelrathCüpper, its fashion chain, are also headed for divestment, as Douglas is focused ever more tightly on its perfumery activity.

Meanwhile, Douglas’ founding Kreke family, currently with a 20 percent stake, plans to remain a shareholder and possibly invest further in the company.

“There are numerous options,” Parize said of Douglas’ future. “Today everything really is very, very open.”

She outlined three main possibilities looking ahead. These include an initial public offer for the company, which already was listed before, on Frankfurt’s DAX until December 2012.

Douglas could also be sold to another fund or to an industry player — either a retailer or a beauty manufacturer.

“Many people are looking at Douglas,” said Parize, who added a deal could be closed by the end of July.

She did not say specifically which players have been actively studying the retailer. But she hinted at the type of companies that might, mentioning U.S. drugstore giants such as CVS and Walgreen Co., L’Oréal, Marionnaud and Sephora — although a marriage with the latter two is seen by numerous sources as particularly unlikely, especially due to competition issues.

In France, Nocibé — which has integrated Douglas’ domestic units under its own name — is the first-ranked perfumery chain doorswise, with 617 units. It places second behind Sephora in terms of market share with about 25 percent, versus 32 percent, according to NPD Group.

Nocibé’s sales last year rose 3 percent at constant parameters to 980 million euros, or $1.3 billion at average exchange for the period. That’s compared with France’s overall perfumery sales, which were estimated to gain 0.5 percent.

In Europe outside of the U.K., Douglas boasts a 16 percent market share; Sephora, 11 percent, and Marionnaud, 7 percent, industry sources said.

Douglas has 1,700 stores in 19 European countries.

Douglas Holding posted net sales up about 2 percent to 3.3 billion euros, or $4.48 billion at average exchange, in its fiscal year ended Sept. 30. Those revenues do not include sales from Hussel or the Swiss section of Thalia that operates as a joint venture.

Banks involved in a possible sale or listing of Douglas include J.P. Morgan and reportedly Goldman Sachs.