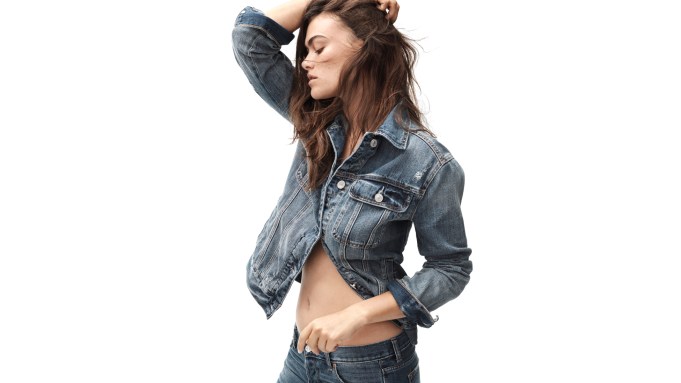 Abercrombie & Fitch, which has been remaking its merchandise and image to reverse poor results, on Thursday launches a new campaign for its fall collections. It’s the first A&F campaign by Kristina Szasz, group vice president of women’s design for the Abercrombie & Fitch brand, who joined the company a year ago.

The campaign was shot by photographer Josh Olins and styled by Clare Richardson. Appearing in the campaign are Conie Vallese, an Argentinian-born artist; Frances Tulk-Hart, a British photographer, artist, singer and creator of the site 5minuteswithFranny.com, and Myla Dalbesio, an American model and photographer. Each is used to show different facets of the brand. It’s about “rediscovering the new Abercrombie, a true American heritage brand,” and showcasing “a more grown-up and elevated Abercrombie & Fitch,” Szasz added. The campaign will be seen on the brand’s social channels, on abercrombie.com and in public relations endeavors.

Since joining A&F, Szasz has been focused on grounding the women’s collections in outerwear, updated classics, military looks and denim. “Hints of classic Abercrombie & Fitch are still present, but the offering has been updated for an older consumer,” she said.

The campaign fits in with Abercrombie’s aim to attract an older consumer and move away from its previous teen-based focus. But the retailer’s results, released Tuesday, indicated a lot of work remains and A&F’s shares have fallen sharply over the last two days. On Wednesday on the Big Board, the retailer’s shares fell another 1.93 percent to $17.74, following a 20.3 percent drop Tuesday.