After 10 Years in Japan, Desigual Arrives in Ginza

The store's opening was delayed due to covid-19, but the brand still has big plans for across Asia

TOKYO — Coinciding with the tenth anniversary of its entry into the Japanese market, Spanish brand Desigual has opened a new store in the luxury shopping district of Ginza in Tokyo. The opening was delayed due to the coronavirus pandemic, and related festivities were drastically scaled back for the same reason.

With 1,184 square feet of sales area spread across three floors, the store is considerably smaller than the Desigual flagship in Tokyo’s Harajuku district, which opened last year. But more than its size, its location on one of Japan’s most iconic shopping avenues is what makes it significant.

“We were discussing where in Ginza [to open], because you could be on Chuo Dori, you could be in the secondary streets, you could even be located in a department store,” said Balazs Krizsanyik, Desigual’s country manager for Asia. “And at the end we made the brave decision to come to Chuo Dori and to adapt [to this location] with a new representation of the brand which is talking not only to the Japanese consumer, but to the Asian consumer as well.”

The design of the Ginza store is what Krizsanyik describes as more “urban” than the colorful facade of the Harajuku location. The black exterior is punctuated by three large reversed Ds, which are lit up subtly at night. Inside, similar LED rods are mixed with black metal mesh to create abstract patterns on the ceilings. Other design elements include stone floors, wood display blocks, and black clothing racks that can be moved around to change the layout of the space. 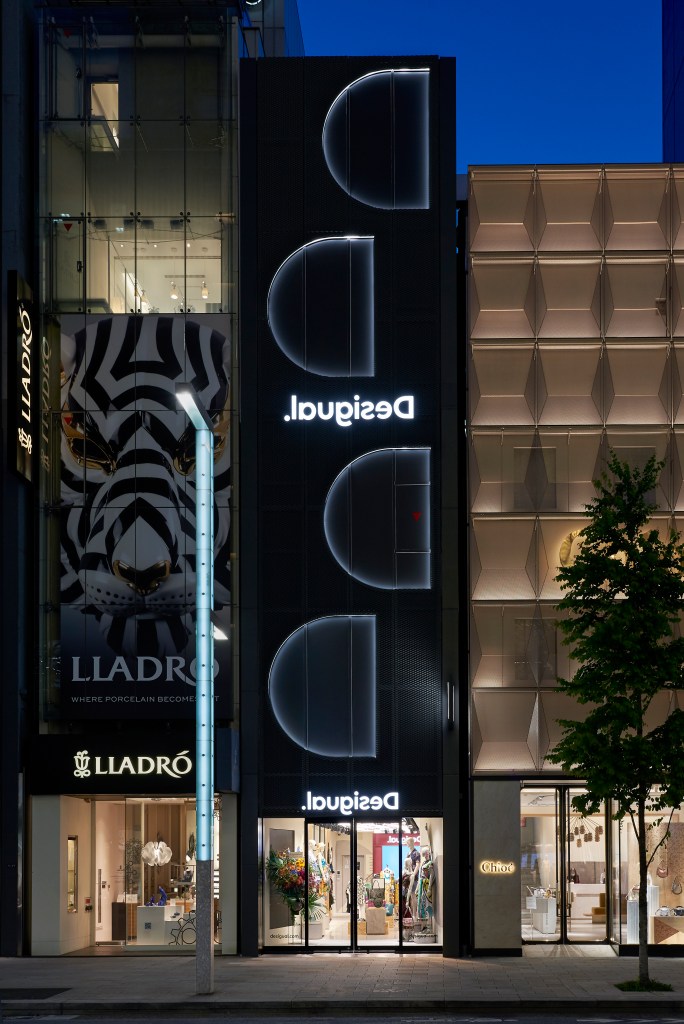 On the lower two levels of Desigual Ginza, customers will find a selection of the brand’s women’s and accessories collections, while men’s items and collaborations are on the third floor, where key pieces are displayed in LED frames along the corrugated silver metal back wall. To commemorate the opening of the store, the brand produced eight one-of-a-kind versions of its “iconic jacket” made with repurposed vintage denim. Each sells for 59,900 yen. Also exclusive to the store is a small unisex capsule collection of sleeveless T-shirts, a jacquard jacket, oversized shirts, and a sweatshirt and sweatpants, all in black and white prints and solids.

With sales of about 26.5 million euros in 2019, Japan is currently the fifth largest market worldwide for Desigual, and the largest outside of Europe. Last year sales in the country grew by 1.5 million euros. The brand first entered the country with the help of a local distributor ten years ago, and it opened its first store in Japan seven years ago in the southern city of Fukuoka. Now it counts 22 stores across the country, as well as 14 department store corners and a handful of e-commerce platforms. Its own online store opened in 2014, and as of last year, 19 percent of its turnover came from digital. Krizsanyik said that even before COVID-19 forced consumers to do more of their shopping online, Desigual’s e-commerce sales in Japan were growing by 28 percent. He expects that by 2022 digital sales will make up 30 percent of the brand’s total turnover in Japan.

With the opening of the Ginza store, Desigual now has a physical presence in all of Japan’s major shopping areas, and Krizsanyik said that while it focuses on growing its sales from these stores, it will also use what it has learned in the Japanese market to expand its business in other countries. 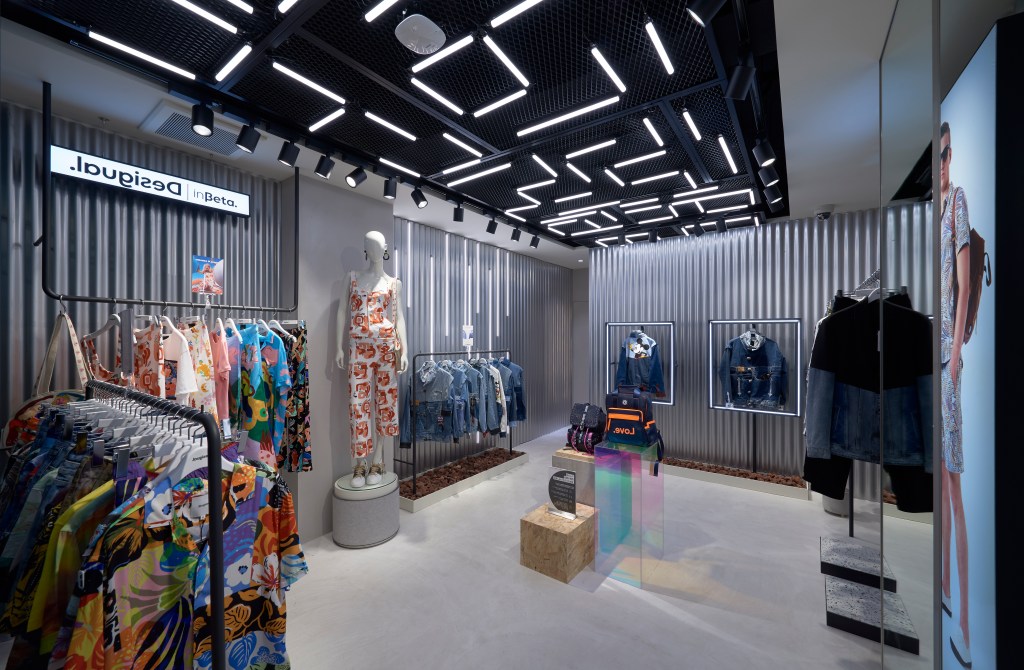 “We really believe that obviously there is untapped potential in China, which is our next focus after Japan. We will also focus on Southeast Asia and the emerging ASEAN markets, as well as Australia,” Krizsanyik said. “In all of these markets we are actually present with a distributor or with an online partner, but ahead of us we have the same work that we have already done in Japan. Building up, adding new channels, getting closer to the consumer. These are the things we are going to implement from now on in other markets. But Japan was a good school for us.”

Desigual is currently building its presence in China online via an exclusive partnership with Tmall. It had planned to enter the offline retail sector in that country in 2021, but this may be delayed due to the pandemic. The brand will also open its first two stores in India—both located in Delhi—later this month, in addition to three more later this year. In parallel, it is also looking at entering Thailand, Australia and Indonesia via local partners.

Krizsanyik said that the brand was also one of the first to really bet on omnichannel retail, with fully integrated stock management and customer relationship management, as well as strong social media channels. Even in the Ginza store, if customers don’t find a particular piece they are looking for or if they don’t find it in their preferred size or color, they can have it ordered by staff in the store and it will be sent to them at home.

“The goal of omnichannel is to get the customer to be where they want to be. To have a nice store is not enough,” Krizsanyik said. “Eighty-five percent of our customers, before visiting any store, have already checked what is available online. And our brand ambassadors [in the stores] have to live up to that; they have to know the collection better than ever and they have to be able to offer whatever the consumer requests, regardless of if it’s in their stockroom or not.”