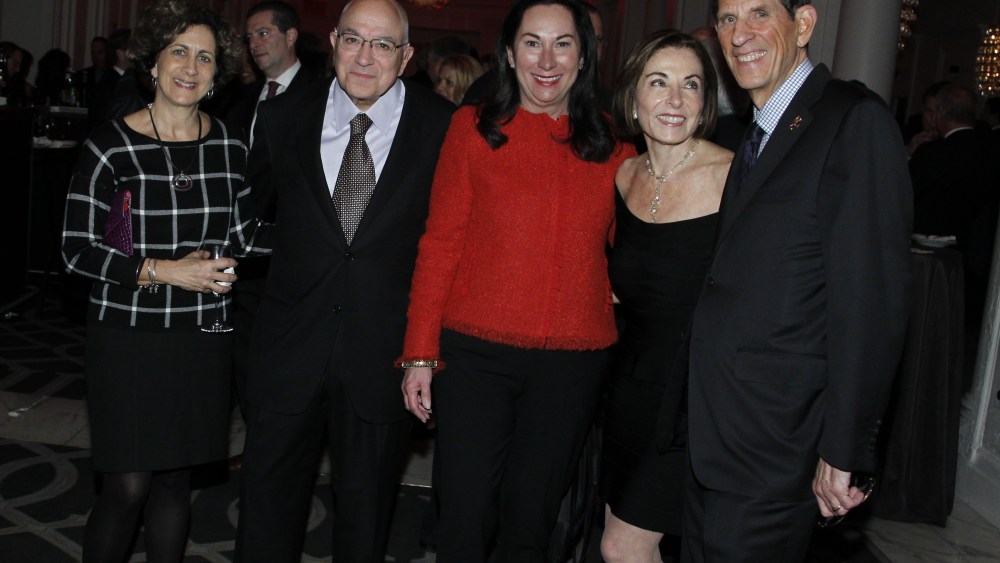 NEW YORK — “There is no place in this world for intolerance,” said Kathryn Bufano, president and chief executive officer of The Bon-Ton Stores Inc., as she received the American Jewish Committee’s National Human Relations Award at the Grand Hyatt here on Monday.

With more than 400 people present to honor Bufano and support AJC, it was an evening where a sense of hope and unity emerged amid deep concerns over recent terrorism and indignities committed around the world. “Because of all of you, the light of hope continues to shine — everyday and everywhere,” Bufano said. “This is an important night for all of us — a chance to be united in one voice.”

Others singled out for driving AJC’s fund-raising activities were Jackwyn L. Nemerov, former president and chief operating officer of Ralph Lauren Corp., as well as Michael Gould, who disclosed that the evening raised $1.8 million to support AJC. Gould and Nemerov were the evening’s chairs.

Tim Grumbacher, Bon-Ton’s chairman who served as the honorary chair for the evening, presented Bufano, an avid reader, with a dark gray leather collector’s edition of “Statecraft” signed by the author, Margaret Thatcher. “This is a heartwarming and beautiful gift,” Bufano said.

“In a couple of weeks, AJC marks its 110th anniversary,” Harris told the crowd. “AJC was founded by a small group of people saying we can not, we must not, remain silent.”

He underscored AJC’s global reach through its history, citing efforts to stop lynchings in the South, fighting the deportation of Japanese Americans during World War II, and supporting school integration. “This is a moment of definition for all of us. We have to stand up and defend courageously our value system.”