Kay Day is credited with bringing luxury to the 2.4 million-square-foot behemoth, retired in 2017 and spent all of last year working on the history book about former swamp land that’s now a retail giant.

The move from modeling to retail leasing can actually be quite linear.

Kay Day’s a good example. The recently retired, longtime leasing agent at Ala Moana Center is credited with bringing the first set of luxury tenants to the tony center.

Day, who officially took off her real estate cap at Ala Moana after 22 years in 2017, spent all of last year doing research on the property to document its history in a recently released coffee table book in which she provides a glimpse into the former marshland owned by Hawaii’s royal family into what is now a 2.4-million-square-foot tourist and local attraction, generating more than $1.4 billion in annual sales. Later this year Ala Moana turns 60.

Before Day’s start merchandising Ala Moana, she briefing modeled, linking with an agency and working in Tokyo for about six months before returning to Hawaii for college as an English major.

“I wanted to major in English because I loved to read and write, and I wanted to write a book. But…life got in the way,” said Maui-born Day.

She later married and moved to Toronto, where she lived near Bloor Street, which exposed her to luxury brands such as Holt Renfrew. Trips to London brought her even closer to luxury fashion.

“Toronto was such a sophisticated place, way ahead of its time in terms of fashion and shopping,” Day recalled. “This was back in the Seventies and early Eighties. I lived there, traveled to Europe and then moved to Dallas with my then-husband. After a few years there, I then moved back to Honolulu.”

She happened to meet the executive who was running Ala Moana for the owners at that time, which was the Japanese company Daiei, and ended up sitting in his office chatting with him about a job at the center. 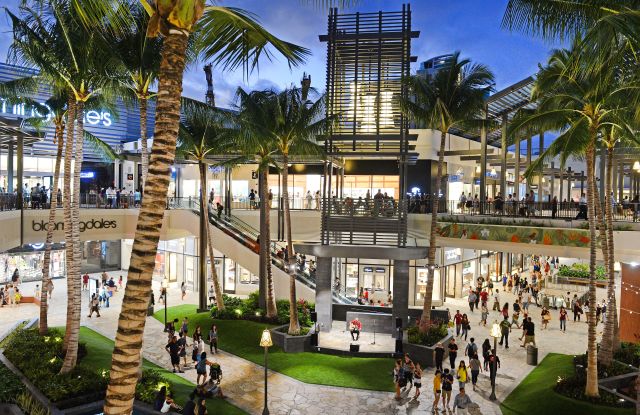 The Ewa Wing at Ala Moana Center.  Courtesy Photo

“I never considered a career in real estate or leasing, but when I saw the plans on the wall for Neiman Marcus, it was just something I wanted to be involved in,” she said. “I had relatively recently returned from Texas. I had lived in Dallas for a number of years and was feeling really homesick for Neiman Marcus, and it was the beginning of a 22-year career.”

It was 1995 at the time and Day’s first deal on her own was MAC Cosmetics, a tenant that’s been at the center for more than two decades. In the beginning, Day did everything as the sole leasing agent for the property, a gig that lasted about three-and-a-half years before a team began to form. That meant everything from the food court and kiosks all the way up to luxury houses.

Louis Vuitton was one of the earliest of the luxury tenants to make their way to the center and others followed and continue to do so to this day, including Dior which bowed in the fall.

Over time, Ala Moana has expanded, most recently in 2015 with the Ewa Wing, and even as more leasing agents were added to the team, Day maintained her relationships working with luxury brands, in addition to local deals.

“There was a commonality in all of the deals and the way I’ve always approached dealmaking and that’s to have the ultimate respect for the retailer, whether it was a small retailer or a huge, national brand, was to respect the store or the concept and the people that I was dealing with,” Day said. “The luxury deals took more time and the reason is we couldn’t rush it. They have their own process and their decision-making time frame. When I began doing deals back in the early, mid-Nineties, there were not very many luxury brands in shopping centers. The luxury brands existed, but they were primarily on high streets: Madison, Fifth Avenue, Rodeo Drive. And there were a few malls that were being evolved in a luxury direction so a lot of what I had to do initially in those early years involved — I don’t want to sound arrogant — educating the luxury brands on how a shopping center deal worked because they didn’t pay percentage rent or CAM [Common Area Maintenance charge] and so the deals were very different from what they were accustomed to. I learned not to push it, deliver the information and wait for the response.”

When Day first started in leasing she primarily worked with chief executives and presidents of brands. That changed over time as companies built out in-house real estate teams or hired brokers, thus streamlining the process. 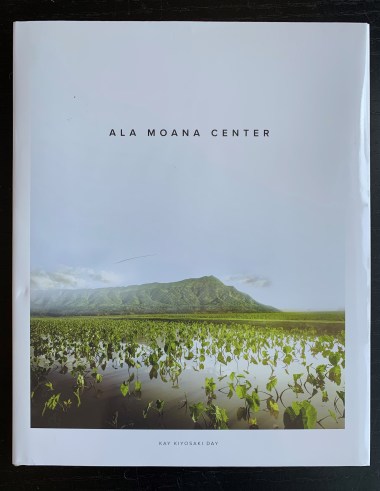 Day spent all of 2018 working on the book about Ala Moana Center’s history.  Courtesy Photo

Dealing with the two — executive versus broker — also required a switch in hats and how Day worked with each party.

“It’s different when dealing with the heads of brands,” she said. “It requires a different kind of skill set than dealing with brokers. It’s not a real estate mill.  There’s a dance of respect and dignity on my part and the leasing reps, research and understanding the brand and the heritage, because these are brands with long histories that make the history of a mall look like the blink of an eye.”

Day points to Hermès as the deal she’s most proud of. She first brought the brand to the center in the early Aughts after roughly three years of meetings and site visits, first beginning the conversation with then-ceo Bob Chavez.

Hermès later relocated in 2015 to Ala Moana’s Ewa expansion wing and, Day said, served as the catalyst that helped woo other tenants to the new development.

“That was a really significant deal because to put a name like Hermès in the expansion area it really helped our leasing efforts,” she said. “We were leasing it from about 2013, two years in advance of the opening, and we had a lot of people interested. But with new development there’s always some reticence about signing on the line. Once we had Hermès on the plan as a confirmed deal, well guess what? The other tenants came.”

As Day became more senior in her position she said she also became what she called the “keeper of the history” and was often relied on to provide that historical context in leasing presentations. After GGP Inc. sold the property to Brookfield Property Partners LP last year, there were more presentations to the board, analysts and investors who needed to be familiarized with the property.

It all led to a plethora of information that only made sense to wrap into something to leave for the team. It also, ultimately, brought Day full circle in her aspirations to want to write.

“Initially, I thought I was going to write a corporate pamphlet or something we could use to promote the shopping center,” Day said. “I felt it was a responsibility we had to give back to the local people as well as the people who work here. Frankly, I had no idea how to do it. I thought we would be hiring a writer or a research assistant, but I ended up researching and writing it, with help. Just like anything, you take one step. Then you take another step.”