Alchemist boutique has devised a new formula. Since relocating from a one-year-old temporary location around the corner to a permanent address at 438... 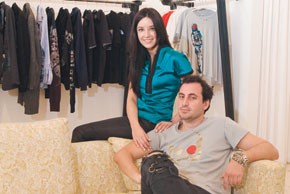 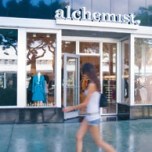 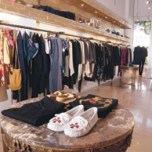 Since relocating from a one-year-old temporary location around the corner to a permanent address at 438 Lincoln Road in November, the store has seen strong sales by offering designs from Rick Owens, Libertine, Hervé Léger and other collections. While the temporary location offered only contemporary brands, the new store is attracting a higher-end shopper, looking for more designer and higher-end contemporary labels. A few of the lines that were dropped during the relocation process include McQ, Goldsign and Norma Kamali.

“We just had two girls go at it over a vintage Chanel accessory,” said co-owner Erika Sussman, a former fashion editor at Florida International magazine who met her business partner and husband, Roma Cohen, while trying on a Pucci bikini five years ago at his father’s store, Oxygene, in Bal Harbour Shops.

Fashion retailing is clearly in Cohen’s blood. His grandmother listed Jackie O among her clientele at Poor Pearl, a boutique on New York’s Madison Avenue, before opening the Caron Cherry store in Coral Gables, Fla., while his mother catered to Miami’s overnight millionaires at a second Caron Cherry in nearby Coconut Grove.

“My mom was the first local retailer to bring in Claude Montana,” said Cohen, who plans to carry on the mission of finding exclusives and item-driven merchandise including apparel, accessories and shoes for women and men, but on his own. “There’s been some confusion that our store is another Oxygene, but we’re completely independent.”

Cohen said he expects to reach $1.8 million in first-year sales. The shop’s direction reflects its owners, who follow their personal tastes when buying lines in Paris, Milan and New York. If Sussman has a yen for Minnetonka Moccasins, then there they are atop gilded antique tables in the store for $45. Same goes for Jil Sander’s spring collection, from which she chose a red, layered minidress to wear to her rehearsal dinner at The Breakers. The couple got married Feb. 23. For the store, they also ordered Sander’s skinny cigarette pants, double-breasted jackets in heavy jersey and tube dresses in stretch knits with sheer overlays.

“We have both types of Jil Sander clients — the classic, who just wants the suit, and the fashion-forward, who wants Raf Simons’ twist on the brand,” said Cohen of pieces retailing from $600 to $2,600.

Best-selling brand Hervé Léger, whether bandage minidresses or gowns, colors or neutrals, flies off the boutique’s customized steel racks at $750 to $2,000 at retail. Sussman estimates they reorder 15 to 20 pieces weekly.

“We just take whatever we can get at this point,” she said.

They also are deeply committed to the Rick Owens label, stocking almost every division, including men’s and women’s ready-to-wear, shoes, women’s jersey and denim.

“We prefer designers who have their own aesthetic like Rick,” said Cohen. “Our customers are educated jet-setters who appreciate detail and timelessness.”

Also among the 30 vendors are 3.1 Phillip Lim, which Cohen said is a pioneer of the “more expensive contemporary category,” such as a black and gold, high-waisted skirt for $1,100, and Alexander Wang, from which they offer a wide price range, such as a racer-back top in fluorescent yellow silk for $250 and a minidress in metallic electric blue leather with matching bra for $2,875. With the success of vintage Chanel jewelry and belts ranging from $500 for a wisp of a logoed, chain-link cuff to $2,500 for a chunky rhinestone belt, they plan to expand with a vintage clothing section featuring designers such as Helmut Lang and Azzedine Alaïa.

There are new accessories, too. John Isaac’s limited edition watches with hand-painted butterflies, hemp leaves and skulls are only sold through a few U.S. retailers like Bergdorf Goodman, according to Cohen, and Melissa flats and Jil Sander wedges in vibrant, shiny leathers fill a box shelf made with gold bricks extending the length of the 1,250-square-foot space. Cohen likes House of Waris’ minimalist pendants and rings in perforated gold averaging at $2,500 retail so much, he selected one as his wedding band. The collection is displayed next to industrial designer Marcel Wanders’ ironic take on a retro, gold brocade sofa.

“We didn’t want decor to be grungy, urban or serious,” said Cohen, who restored the Art Deco building’s handrail and terrazzo floor with a wave of thick stripes at the entrance. “Now that construction is finally finished, and we’re all moved in, the honeymoon will have to wait.”