The brand stayed a step ahead of COVID-19, pursuing an ambitious store opening strategy in a difficult year, and there’s more to come.

The new Alexander McQueen store at ITC in Shanghai.

LONDON — Alexander McQueen refused to let lockdown get in the way of an ambitious strategy that has seen it open new stores in around 20 cities and regions over the past two years, as it works toward doubling its retail network to more than 130 units in the medium term.

There’s more to come: The Kering-owned British brand has plans to open a bigger store at its current address on Rue Saint-Honoré in Paris, and is also undertaking a new retail project in Los Angeles. The brand has a store in The Rodeo Collection on North Rodeo Drive in Beverly Hills.

As reported, McQueen’s creative director Sarah Burton took charge of the concept herself, designing the stores in collaboration with the architect Smiljan Radić, and giving them the clutter-free feel of an art gallery, with high ceilings and dramatic, arty fixtures. 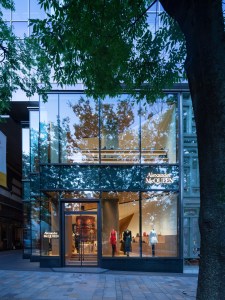 The first new-concept store opened on Bond Street in London at the end of 2018, setting the brand’s retail juggernaut in motion. There have been more than 25 openings since then, across Asia-Pacific, Europe and North America in locations including ITC and IFC in Shanghai; Miami’s Design District, and Milan’s Via Sant’Andrea.

The Chilean artist Marcela Correa has created sculptures in alabaster, bronze, granite and wood, which are meant to guide visitors around the space. Similar sculptures have been installed in most of the new flagship stores.

While the Bond Street store has served as the template, the brand has been eager to adapt each store to suit its location’s mood and surroundings.

The Miami flagship boasts a metal facade, while the K11 Art Mall in Hong Kong has a giant glass butterfly over the store front. The London store has vast space upstairs for exhibitions and tutorials for students. 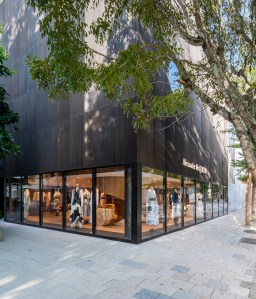 The brand’s chief executive officer Emmanuel Gintzburger said in an exclusive interview that it was crucial to pursue the rollout strategy even in the face of the pandemic, when hardly anyone is traveling, or shopping, in physical stores.

“With the world going into lockdown and travel being restricted, we felt it was important to continue our retail opening strategy,” he said. “And we had already planned an important expansion of our retail network in most of the key cities worldwide where we a have a strong potential to recruit local, or regional, clientele.”

He said that opening stores was “a way for us to connect with our local communities in their own cities and countries. Of course, we placed a significant emphasis on digital storytelling, but people also need a sense of community, calm and purpose. The physical experience in the store can definitely bring positive emotions,” he said.

Gintzburger nodded to the openings in Miami and Tokyo. He said even though the McQueen house identity had not been fully integrated into those two key markets prior to opening flagships, clients were enthusiastic.

“We had an incredible response from Day One, which went far beyond our initial expectations. In the end, we were told that many visitors of all ages wanted to experience something that resonated with them, something real, calm, beautiful and creative, in a challenging and confused world.”

Gintzburger said when people think about McQueen, “a creative experience, an emotion, a feeling” comes to mind. “That is exactly what our new stores represent. For us, the store is a physical interpretation of that experience and also an extension of our world.”

With regard to openings — and lockdown-related closings — Gintzburger said McQueen approached each city and market differently depending on the stage they’d reached with the virus. Timing was key, he said. 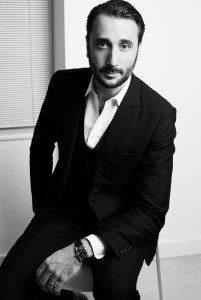 “In April and May, it would have been inappropriate to connect with people over the phone, or by email, in order to try to sell them new collections. Instead we engaged with our clients worldwide via a creative and collaborative project, #McQueenCreators, designed to encourage creativity at home.”

He said that every week, for two months, the McQueen studio team gave a different brief to the community on its social channels, inviting followers to create, sketch, cut and drape. The company received thousands of stories, comments and creative projects, all done from home.

It published some of the projects on large, public outdoor billboards in places such as London’s Piccadilly Circus, Times Square in New York, Tokyo and Shanghai. “The response was very touching, and we hadn’t expected engagement on this scale,” Gintzburger said.

In July — and not a moment too soon — McQueen launched its own integrated web platform, allowing the company “to break existing silos,” thanks to multiple omnichannel services and capabilities. 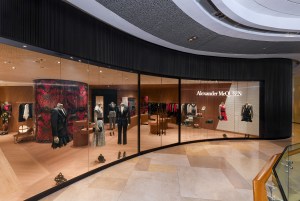 Gintzburger said he prefers to talk about a “no channel” strategy with the client at the center rather than an omnichannel strategy.

“Behind-the-scenes functions — where to shop from, stock flow, centralizing data — the end client doesn’t care. The experience has to be seamless, giving the possibility for clients to access our collection or contents, wherever and whenever they want, without constraints and fully supported by human interaction.”

He said that so far, eleven global flagships throughout the U.S., EMEA, APAC and Japan have been converted to fully omni-ready stores. The changes, he added, had been planned long before the pandemic, and ended up proving an effective way to help navigate multiple, temporary store closures during the pandemic.