Last year it sold a record $13 billion in the 24-hour period. This year the company looks set to reach $20 billion.

By Lara Farrar and Tiffany Ap on November 11, 2016
View Slideshow 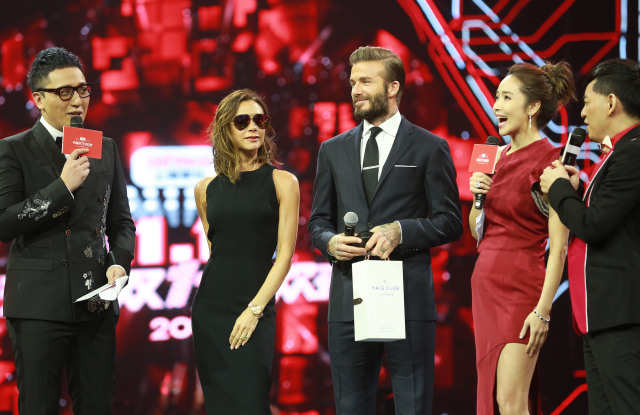 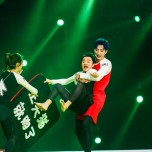 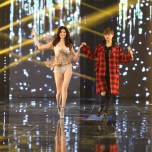 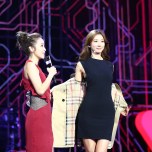 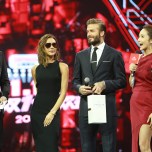 SHENZHEN — Halfway through the 24-hour Singles’ Day shopping blitz, and Alibaba has beaten last year’s record in local currency, tallying more than 92 billion yuan, or about $13 billion, in sales — the majority of which are being made via mobile phones.

Taking into account currency fluctuations, 2015 sales topped $14 billion. Within the first two hours of this year’s shopping festival, Alibaba recorded 47.5 billion yuan, or $7 billion, in transactions on its e-commerce platforms, which include Taobao.com and Tmall.com.

The Chinese e-commerce giant is holding Singles’ Day festivities in Shenzhen, a city just across the border from Hong Kong. On Thursday evening, a pre-sale gala featured a number of international celebrities, including basketball star Kobe Bryant, the band One Republic, and actress Scarlett Johansson who made a surprise appearance alongside Jack Ma, Alibaba’s founder and executive chairman.

Executives noted that Chinese consumers view shopping as a form of entertainment, a trait markedly different from customers in the West, and their pursuit of good times could drive the e-tailers’ sales to the $20 billion mark by midnight on Saturday.

“We’re in a good place,” Michael Evans, Alibaba Group president, said in a media briefing on Friday morning. “Well ahead of last year.”

Alibaba’s astronomical numbers have caught the attention of the U.S. Securities and Exchange Commission, which launched an investigation earlier this year into how the group crunches its numbers for the holiday, and whether they take into account returns as well as orders that merchants may not be able to fulfill.

Chinese regulator SAIC also met with some of the country’s major ecommerce players Tuesday in a bid to discourage false inflation of sales data as well as the sale of fake goods, the latter something Alibaba has been slammed for.

This year, Singles’ Day has been all about innovation. Alibaba is piloting a program where consumers can shop in brick-and-mortar stores using virtual reality technology. Eight retailers – including  Macy’s, Target, and Costco – allowed customers to be virtually transported to these retailers’ stores in other locations throughout the world, even if the retailers currently have no brick-and-mortar presence in China.

The digital giant also launched a mobile game similar to Pokemon Go aimed at bridging offline and online shopping experiences.  In the run-up to Singles’ Day, Alibaba held a live-streamed runway show in Shanghai where consumers could immediately purchase items viewed on the runway.

Hundreds of thousands of merchants are participating in the holiday, offering deep discounts and other promotions. Yves Saint Laurent, Bally, and Coach handbags had their prices slashed by up to 60 percent, while cosmetics brands such as L’Oréal, Maybelline, Lancôme and Estée Lauder gave discounts averaging about 40 percent.

This is the eighth year Alibaba has organized the event, which began with only 27 merchants and has since grown into the largest one-day shopping holiday in the world, with sales topping those of Black Friday and Cyber Monday combined.

Top performing brands include Zara, Uniqlo, Nike, Adidas and the Gap. Evans, the Alibaba Group president, said many international brands’ sales have also already exceeded those from last year. Around 14,000 foreign brands are participating, he said.

It was also the first year the sale was expanded to include the Hong Kong and Taiwan markets. The company has been looking outside its home market as China’s economic growth slows. In April, it bought a controlling stake in Southeast Asian e-commerce platform Lazada.

“Hooking more global consumers into its ecosystem and building an even bigger shopper database will also give Alibaba more negotiating clout over merchants interested in selling on its platforms,” said eMarketer analyst Andria Cheng.

Hong Kong and Taiwan offered “geographical proximities and relative lack of language barriers,” she said. “It’s the logical first step that can offer Alibaba some valuable learning before the e-commerce giant moves to expand Singles’ Day sales to Southeast Asia and other global markets in coming years.”

Although the day is no doubt dominated by Alibaba, other retailers are getting a piece of the shopping action.

Competitor JD upped its drone delivery network for Singles’ Day to encompass four new rural locations on the outskirts of Beijing and in the provinces of Jiangsu, Shaanxi and Sichuan. The company’s drone delivers it to one of its 300,000 “village promoters” who then pass it on to the final consumer, cutting the delivery time for places that are often hard to access. It, too, reported it had surpassed its 2015 sales amount at about the halfway mark, although the company declined to release GMV.

Suning Tesco said it had nearly tripled its sales in the first hour compared with last year. They recorded an increase in gross merchandise volume of 287 percent on the year, with 86 percent of sales coming from mobile devices. According to the company’s own figures, they had broken their 2014 sales record within 25 minutes and 18 seconds.

The day in numbers:

The first JD order – a Phillips 4K TV – was delivered in just over 12 minutes.

JD keeps a fleet of 30 drones which can travel up to 50 kilometers.

Alibaba handled a record-breaking peak of 175,000 orders in one second.

The first Tmall order was paid for in 9 seconds, and delivered in 13 minutes, according to Clavis Insight.

So far, the sale has seen transactions from 207 countries and regions.