All Saints, Splendid Launch on Robertson 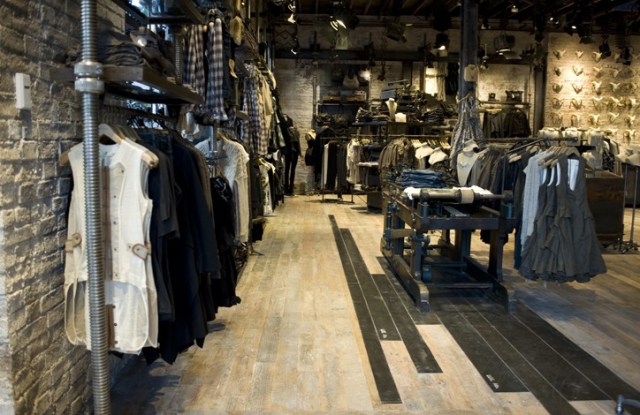 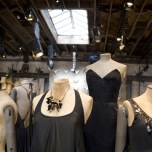 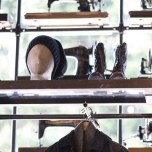 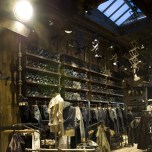 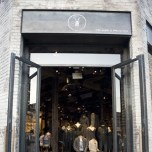 AllSaints, an edgy, London-based label, and Splendid, known for its casual looks and based in Los Angeles, opened Friday. The Robertson stores are the first U.S. doors for both brands — and Splendid’s first retail location.

The Robertson unit begins a U.S. push for AllSaints, which plans to open on Lincoln Road in Miami next month, with a 13,600-square-foot flagship on Broadway and Spring Street in Manhattan on tap for spring.

“Obviously, Los Angeles is the epicenter of celebrity culture, and celebrity following is important — we’ve always been involved in the British rock ’n’ roll world,” said Paul McAdam, U.S. chief executive officer of AllSaints. “The corner we have on Robertson is a highly visible, prominent location, it has a global consumer passing by….The traffic here is exactly what we’re looking for.”

The 4,700-square-foot space, which had been home to agnès b, now has a raw chic look: a large open space with exposed brick walls, wood and polished steel floors, and vintage industrial antiques like Singer sewing machines and knitting looms on display.

AllSaints aims to roll out 15 stores over the next 18 months in the U.S. The label has three stores planned for New York, as well as doors in Miami, Boston, Seattle, San Francisco, Chicago, Santa Monica, and potentially a third Southern California location in Malibu.

The first retail location for VF Corp.-owned Splendid is a comfortable, open design, with white walls, natural wood floors and a focus on lots of light. There are skylights throughout, an open facade and the interior entry wall features a hanging garden. The store, which has a custom-built backgammon table, will carry home goods exclusive to the Robertson location.

Splendid founder Moise Emquies said the recession afforded the label the opportunity to pursue its retail expansion goals, and a primary purpose for the 2,500-square-foot space was to better control the brand’s identity.

“If you walk into the store you will understand that we are nothing like James Perse, that’s why we have a store that expresses our perspective,” Emquies said. “We don’t chase trends; we only do things that look and feel like Splendid.”

The label recently opened a showroom in Milan and distribution channels in Asia.

Emquies said if the Robertson store fares well, New York, Miami and Chicago could be next on the list for the brand, known for its jersey T-shirts, dresses and cashmere knits.