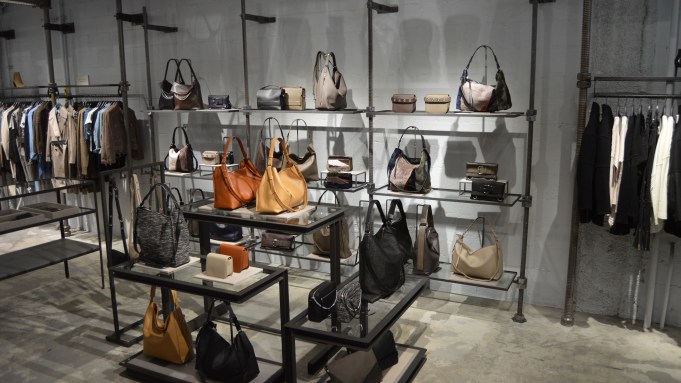 AllSaints has relocated its store in Chicago as part of a larger overhaul of the brand.

The move is part of a larger “re-conceptualizing [of] our AllSaints brand experience and on Walton Street we are able to provide our customers with the best omnichannel shopping experience,” explained AllSaints chief executive officer William Kim.

The British retailer is expected to host a grand opening Thursday for the new store, which carries the latest collections for women, men and accessories. That includes its women’s handbags line that launched last year, called The Capital Collection.

“As we considered this newer collection concept store, we decided to locate the store in a neighborhood that reflected the energy of the city, flanked by restaurants, entertainment and art — and not just retailers,” Kim said. “This would present the collection store as more of an entertainment destination versus a retail shopping experience.”

The three-level store includes many of the details synonymous with the brand, including sewing machines, of which there are 91.

AllSaints currently counts 67 stores and concessions in North America with seven of those outlets. It is expected to open a store in NorthPark Center in Dallas, Miami’s Brickell neighborhood and The Domain in Austin. An opening date for a store on Melrose Place has not yet been set. The company will also expand the brand to Latin America with deals in Mexico, Chile and Peru to be revealed by year’s end.