The retail chain is on a mission that goes beyond expansion and selling products.

Inside Altar'd State at The Westchester mall.

It’s rare for Aaron Walters, chairman and chief executive officer of the Maryville, Tenn.-based Altar’d State women’s fashion chain, to step out in a public kind of way.

“We are very low-profile,” Walters acknowledged at Tuesday’s opening of Altar’d State’s first New York store in The Westchester mall in White Plains.

“People want to know what this company is about and who we are. Having more information out there is probably a good thing,” Walters told WWD.

“We are faith-based. It doesn’t matter what your background is, where are you from, or what your beliefs are,” to work or shop at Altar’d State, he said. “But we do run our business on some simple principles — treat others how you want to be treated and give much help to others. We put love into our business.” 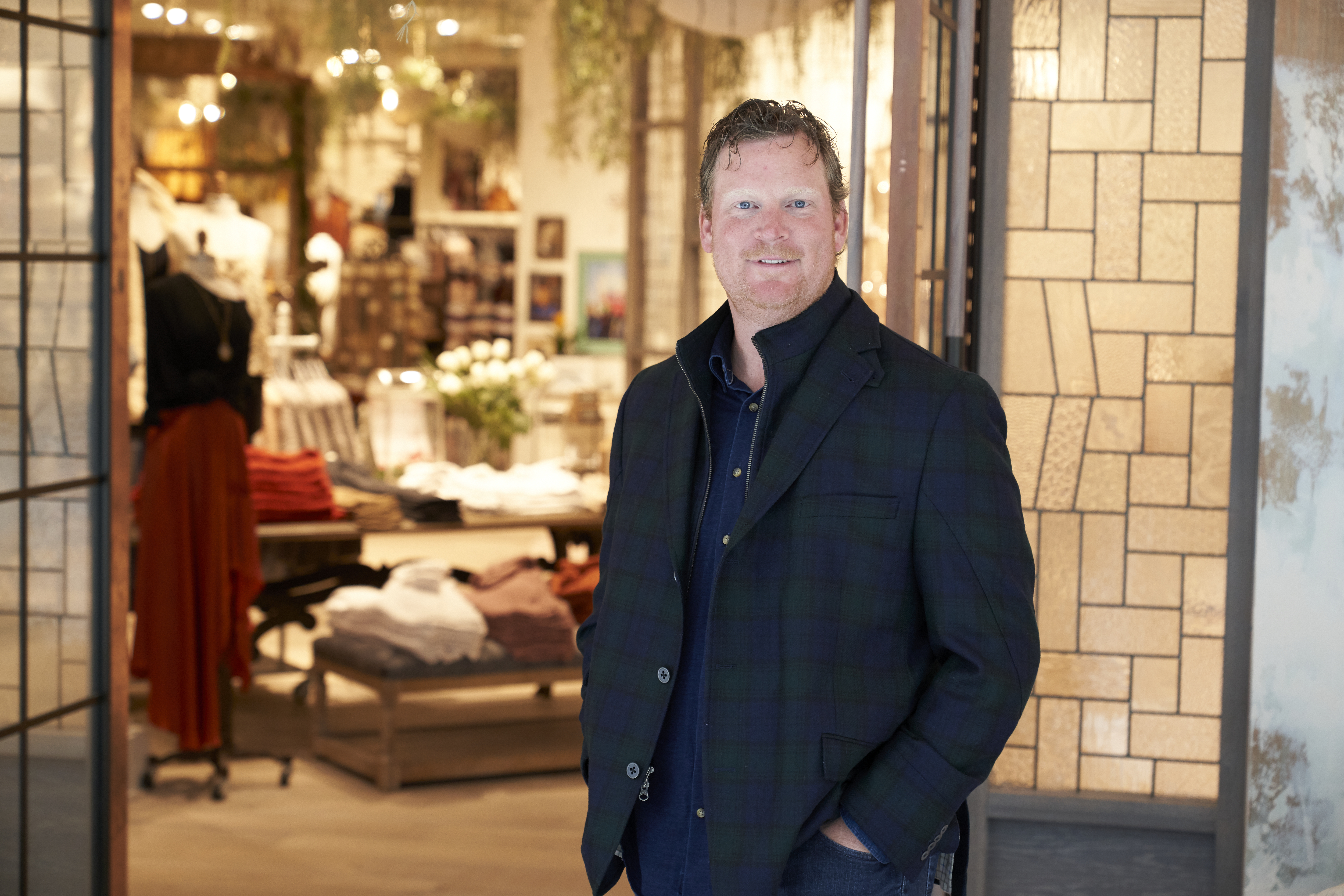 It’s uncharacteristic for Walters to grant an interview, but he’s eager to show WWD the new Altar’d State store, which is 5,000 square feet in size with 3,500 square feet for selling and is on the second level of The Westchester next to Tourneau. With hanging plants, found objects for display, chandeliers, various brick and wood wall treatments, area rugs, antique mirrored tables and an eclectic assortment of apparel, accessories, jewelry, footwear, gifts, beauty and home decor, the setting is anything but minimal. Seven artisans worked on the presentation and no two Altar’d State stores are created exactly the same.

Styles run the gamut from youthful, Boho-inspired maxi dresses to simple classic dresses and sportswear for work and evening occasions. “We focus on females in their 20s with great fashion product and a value proposition,” Walters said. “We’re not a low price point. We’re a better price point. We sell dresses from $80 to $150, tops from $40 to $80 and outerwear from $89 to $300.” Ninety-five percent of the merchandise is private label.

In the middle of the store, there’s a tall, curved frosted glass separation. “It’s a pause moment,” creating a sense of privacy for the fitting area, Walters said. The fitting rooms are comfortable and residential in feel with carpeting, small chandeliers and sconces. The fitting area has seating for family and friends and is referred internally as “the sanctuary.”

In further keeping with the company’s Christian faith leanings, the windows, walls and a select amount of clothes are sprinkled with spiritual and motivational messages such as “Be who God meant you to be and you will set the world on fire” and “Being kind is cool.” There’s an occasional Biblical reference such as “Those who hope in the Lord will renew their strength,” Isaiah 40:31. Though none of the messaging is too in your face.

The Altar’d State name refers to the altar of God, and is a play on the word “altered.”

“Really, the meaning of it is about transformation,” said Walters, who has been through it himself, having vacated a successful career in the corporate world to start up Altar’d State. Walters, a veteran merchant, worked at Walgreens, May Co. — which merged into Macy’s — Walmart, the former Goody’s and Hybrid Apparel.

“I moved up quickly in my career. I was working my butt off and I was miserable. Instead of making my entire life about moving up the corporate ladder, or how much money I made or what car I drove, I wondered what is going to be my lasting legacy? What do I do with the talents that God gave me?” 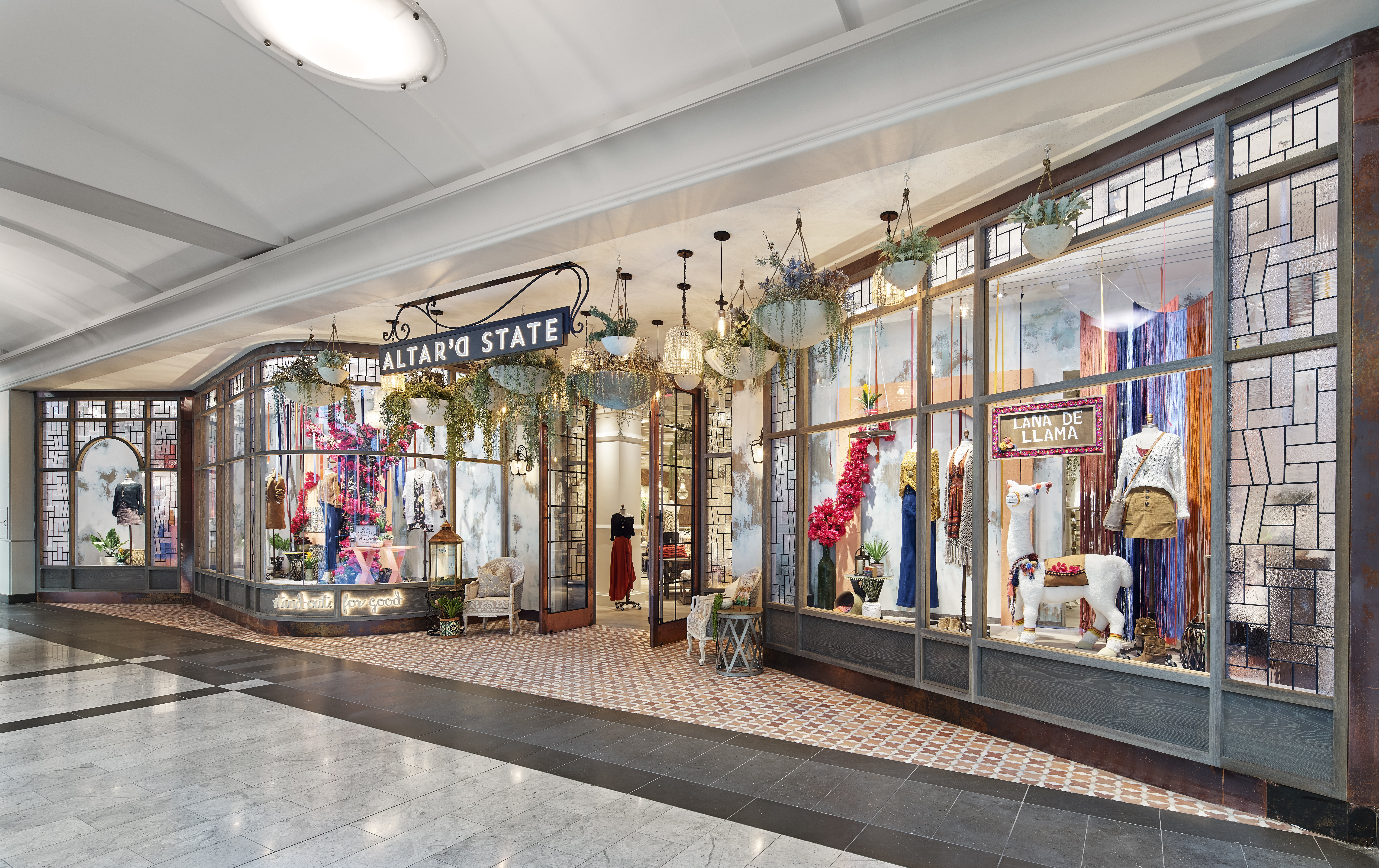 So 10 years ago, he launched Altar’d State, along with Brian Mason, president of the company. “The goal was to create a company where you could get out of bed every morning, work your butt off, make a difference and feel good about your work. As humans, we have to take care of our minds, bodies and souls. I wanted to found a business that hopefully takes care of the minds, bodies and souls of my associates. There is a portion of that in their day-to-day work. We all want to help others. We have all faced tough times. So one of the things that makes this company special is, if you work here or shop here, you can have a positive impact.” One percent of the firm’s annual revenues are donated to charitable causes, whether that’s building schools in communities where there is no running water or helping people battling cancer, Walters said. He pays his employees for four hours a month of volunteer work.

The first store opened in Knoxville, Tenn. “I sold off all my Walmart and Macy’s stock and liquidated my 401(k) to launch the business,” recalled Walters. “I went the first four-and-a-half years with no salary. I sat on the couch with my Saint Bernard, eating ramen noodles, but even back then, we gave back to communities.

“I’m proud of what our organization stands for similar to how Chick-fil-A is proud of what they stand for. We are not as controversial as Chick-fil-A,” which caused a storm after some public comments on same-sex marriage. “We are not antigay or anything like that. We run the business treating others like you would want to be treated.”

The 41-year-old Walters said the company doesn’t proselytize yet doesn’t shy away from expressing its values and messages, which could attract shoppers and deter others.

“I stand behind what we have done. We are one of the best places to work in retail. We pay some of the best wages. We give millions and millions of dollars to our local communities, 70 percent of our giveback goes back to America.”

The company, privately held by Walters, two of his brothers and Mason, projects $250 million in sales for 2019 versus $217 million in 2018. “The company is doing well,” Walters said. “The first nine years were very good. This year is more challenging. I have stretched the team. We still posted a positive comp in the second quarter though it wasn’t huge. Looking at the competitive landscape, our performance was much stronger.”

He said Altar’d State generates an operating profit rate in the double-digits, though he declined to specify. The company is self-funded, has no significant debt, and expects to end the year with 116 stores in 37 states.

“We have a very healthy apparel business,” with nine straight years of growth while the industry declined, said Walters. “We were not seeing the drops. We listen to our guests. If we miss on product, we take markdowns fast and move into something new and different.”

“We try to consistently grow our business,” Walters added, noting that the plan is to open 15 to 20 stores annually. Ultimately, Walters sees 250 to 300 Altar’d State stores. “We probably have another 10 years of growth ahead of us, but I don’t want to have too many stores.”

“I literally have nothing better to do, meaning I love what I am doing.” 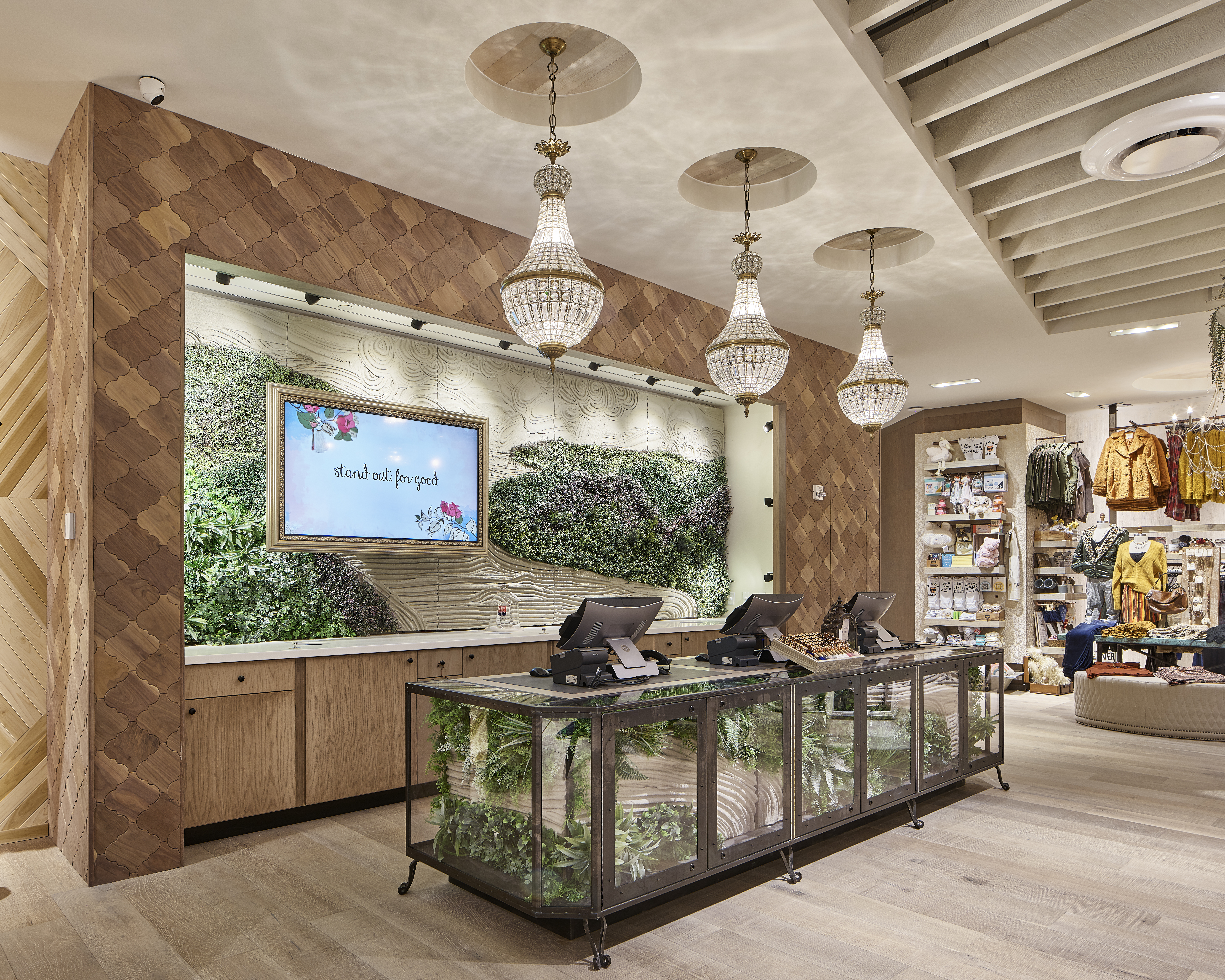