The 16-year-old lifestyle brand has opened a shop in Venice, Calif., and is scouting additional retail locations. 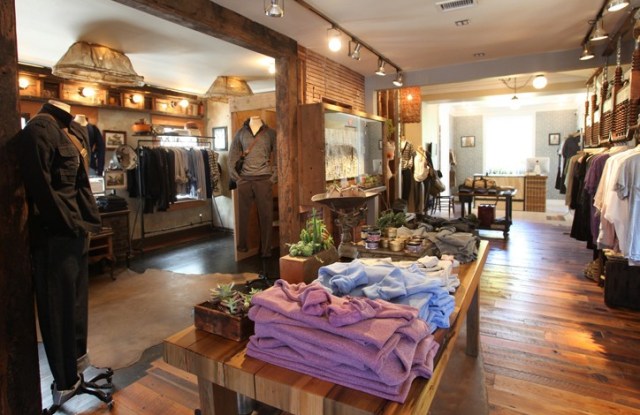 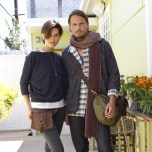 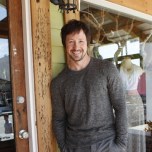 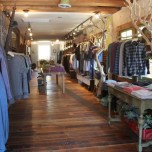 VENICE, Calif. — After 16 years in business against rivals such as American Apparel and James Perse, Alternative Apparel is out to boost its profile with its own stores.

This story first appeared in the April 21, 2011 issue of WWD. Subscribe Today.

With corporate headquarters in Norcross, Ga., and a design team based in Los Angeles, the steadily growing company has opened its first store in this beachside community. The store follows Alternative’s 2008 experiment in pop-up retailing at the Fred Segal complex in Santa Monica, Calif., where it collaborated with Jeannine Braden, owner of the now-defunct boutique Fred Segal Flair, and John Moore, founder of a creative consultancy called Pencil on Paper Studio. It also highlights how Alternative has transformed itself from a pioneering manufacturer of burnout T-shirts to an aspiring lifestyle brand offering leather and canvas accessories, washed denim blazers, pullover Baja hoodies and other sportswear pieces, all reflecting its design philosophy that emphasizes comfort.

At its current rate of sales growth of 30 percent a year, Alternative expects to exceed $100 million in wholesale revenues in the next 12 months through retailers such as Urban Outfitters, Nordstrom, Bloomingdale’s, Macy’s, Ron Herman, American Rag Cie and E Street Denim. It’s also sold in some 120 countries, which account for almost 15 percent of the overall business.

“We could have 50 stores open today,” said Greg Alterman, Alternative’s chief creative officer, who started the company as a novelty T-shirt line called Gagwear in 1988 when he was a student at the University of Florida. He changed the name to Alternative Apparel in 1995. His current partners in the company include his brother, Scott Alterman; Evan Toporek, Alternative’s chief executive officer; and San Francisco-based investment firm Glenbrook Consumer Partners.

“In retrospect, I’m glad we waited,” Alterman said. “We wanted to make sure the brand was ready.”

Alternative arrives late to the retail game among competing brands whose roots are in knitwear. James Perse, based in Vernon, Calif., operates some 24 stores dotted across the country from Malibu to San Marcos, Tex., to New York. Vince, a unit of Kellwood Co., is adding two stores this spring to its current roster of 16, and Splendid, which is owned by VF Corp., could expand its retail footprint based on the performance of its four existing shops in California and Florida. American Apparel, the beleaguered Los Angeles company that was started by Dov Charney around the same time Alterman began his business, had a total of 273 stores in the U.S., Canada and 18 other countries as of December 31.

“Our mentality isn’t to have one of these [stores] on every corner,” Toporek said, noting that possible upcoming retail locations could be in Atlanta, New York, Miami, Chicago and San Francisco. “By 2013, our plan is to have between five and 10 of these open.”

In contrast to the sparkling chandelier and jars filled with neon-colored candy that festooned Alternative’s pop-up shop three years ago, the permanent retail home designed by Danny Gonzales in Venice mirrors the lived-in look of the clothes, many of which are made of recycled materials that are nonchalantly layered. Built in 1908, the 1,650-square-foot structure is an actual house, featuring fixtures that have been reconstructed from found objects. Headboards are hung upside down from the ceiling to function as clothing racks, and four layers of lime and plaster were smeared on one wall for a weathered patina. Bordered by daisies and poppies planted in old tin cans, the front of the store displays the brand’s popular Earth line made of recycled fibers and low-impact dyes, which accounts for a third of the company’s sales.

The rest of the rooms are decorated differently, with merchandise to match. One nook is modeled after a New York street, with a cobblestone floor and manhole cover, and the $90 linen-chambray blouses on display are country-gone-city. Alternative uses a sun-drenched deck lined by a lime-green fence to display $24 Ts during the day and screen movies at night. To fill out categories that it doesn’t have, Alternative is rotating products from other brands, such as $35 braided sandals from Gurkees, $60 men’s boardshorts from Greenlines and premium denim by Tellason and Good Society. Alternative’s most expensive apparel item is a $156 unlined men’s blazer made of Japanese selvage denim.

Alternative’s spot on Abbot Kinney Boulevard here is a coveted one, surrounded by modern interior design stores, buzz-worthy restaurants and retail outposts for fashion brands such as Robert Graham, Stronghold Jeans, Steven Alan and Australia’s Insight, which will open its first U.S. store this month. On average, retail rents on Abbot Kinney go for $3.75 to $4.50 a square foot a month.

To support its growth, Alternative has also made key hires over the past 12 months. Ari Bloom joined as vice president of consumer retail strategy after consulting with fashion brands ranging from Belstaff to Richard Chai. Scott Richards and Lissa Zwahlen both did stints at Quiksilver and other apparel companies before joining as creative director and design director, respectively. Mollie Culligan launched the accessories division after designing her own bag line called Jack Rabbit Collection. Arash Soleimani joined as vice president of sourcing after 14 years at Guess Inc. Having headed Perry Ellis International’s youth lifestyle and swim brands, including Jantzen and Nike, Seth Ellison now holds the title of chief commercial officer.