Can the online marketplace be as disruptive to the fashion world as it has been to the world of books, music, DVDs and other products? 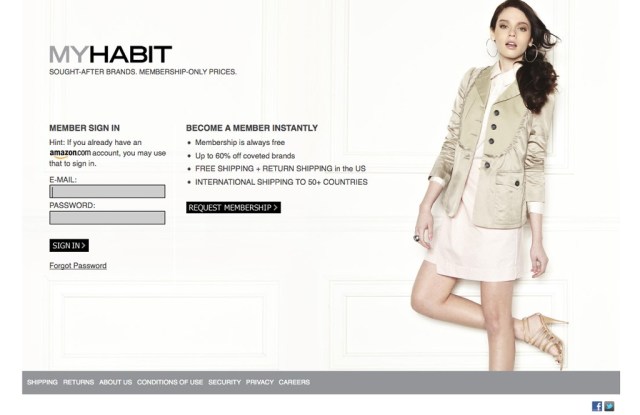 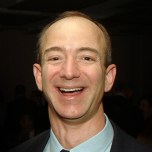 The Amazon wants to be a fashion lady.

As Amazon.com Inc. continues its astronomical growth, some pundits predict that it could surpass Wal-Mart Stores Inc.’s revenues one day — but wonder how much of its future revolves around fashion. Can it be as disruptive to the fashion world as it has been to the world of books, music, DVDs and other products?

It is all another major sign the dot-com giant wants to embrace designers, become a bigger player in fashion and shed its reputation as the “Wal-Mart of the Web.”

“If Amazon is sponsoring the gala, you can bet there are probably some big things happening in the next week or so on their various Web sites,” said one retail consultant with clients in the fashion, digital and brick-and-mortar worlds, who requested anonymity.

According to sources, Amazon’s fledgling members-only flash-sale Web site, called MyHabit, may be on the verge of revealing some major brand and designer partnerships. MyHabit, celebrating a year in business this month, is still staffing up, and “sitelets” are believed to be on Amazon’s agenda. “With Amazon, who knows? Jeff Bezos strikes exclusive deals in other categories all the time,” said Lori Schafer, author and executive adviser of retail at the SAS Institute. “I wouldn’t put it past Amazon to do it with a few designers and see what happens.”

In February, MyHabit launched a designer tab alongside the others for the women’s, men’s, children’s and home categories. Thakoon, Valentino, Costume National, Balmain and Alejandro Ingelmo participated at up to 60 percent off, consistent with the other MyHabit sales. The Web site remains weighted to contemporary brands, rather than designer. Back in September, Julie Gilhart, former fashion director at Barneys New York, joined Amazon’s fashion group as a consultant to the Amazon Clothing Store, Endless and MyHabit sites. Amazon also owns Zappos and Shopbop, and sells clothing and accessories on the main Amazon site.

Another sign could come later this year, when the first Amazon brick-and-mortar store opens in Seattle, where the company is based. It will showcase technology, like Amazon’s own Kindle readers and Fire tablets, though there’s the possibility of testing other categories, like fashion.

It’s not like Amazon is just waking up to the potential of apparel. Several years ago, Bezos met with Burt Tansky, former ceo of the Neiman Marcus Group, in the spirit of partnering. Bezos wanted to create a “black label” Web site for luxury fashion and wanted Bergdorf Goodman as the anchor. “There was some real dialogue on that,” said a source who was close to the situation. Nothing ever came out of the conversations, which some read as an indication of Amazon’s challenge —transcending its image as a site for everything under the sun and becoming a strong fashion destination.

“I don’t personally think people equate Amazon to fashion now except via MyHabit,” Schafer suggested. “That said, they have plenty of fashion on their marketplace. They will watch and learn. This is a company run by a ceo who is a quant and they have a lot of quants working for them and studying every bit about customer wishes, wants, requests and desires. If the customers want fashion, then Amazon will ultimately work to bring them fashion and position themselves accordingly.”

She believes MyHabit has “a strong customer following and has optimized mobile apps and a fashion blog.” She also cited its free shipping and some returns not offered by all flash-sale sites.

“Amazon is attacking fashion from all angles but coming at it a bit later than others,” said Mortimer Singer, president of Marvin Traub Associates. “They continue to add to their assortment. Obviously, the fashion brands are getting more and more comfortable selling them, and they have much better brands than Wal-Mart, but Amazon is known for other things. This incredible infrastructure for one, and I am sure with that they are dangling a lot of things” to designers. “Think of it as a mall. You’ve got to get Vuitton and Prada first, and everyone else follows. They need to get these brands.”

“Zappos, MyHabit and Shopbop are amassing lots and lots of data about customers, and all the e-mails are personalized. That’s the biggest competitive advantage Amazon has,” said Zoli Piroska, founder and ceo of the Secret Sauce Partners software company which provides fit-based personalization data to retailers. “Amazon can help retailers take advantage of the data and offer personalization for their customers.”

Though Amazon is still not much of a factor in fashion, compared to big players like Macy’s and Victoria’s Secret, “Amazon does have a lot of cash [$9.6 billion] and a lot of customers and very apparent and significant competitive advantages,” Piroska said. “The more data you have on customers, the more power you have,” and the lower the customer acquisition costs, he added. “Google is probably the best at data. Amazon is very similar. It gathers lots of data by allowing other retailers to sell on the Amazon platform. The transactions go through them, thereby building a huge database of people profiles, tens of millions in the U.S., and hundreds of millions between Europe and the U.S.”

These profiles indicate taste preferences, fit preferences, what type of merchandise was purchased and other information critical to personalizing and targeting e-mails and merchandising to the right consumers. “No retailer can match this,” said Piroska.

Amazon has experienced fast growth, reaching $48 billion in revenues in 16 years since it started operating. It’s projected to reach $100 billion by 2015, and possibly surpass Wal-Mart by 2024. The company is customer-centric, by being strong on service, providing easy checkouts and low prices that sometimes undercut Target Corp. and Wal-Mart. The selection is expansive and keeps widening. Profitability is another matter, as the company maintains razor-thin margins to invest in long-term growth, rather than worrying about each quarter.

Returns present a major problem, for Amazon and other sites. Typically, fashion sites have a 25 to 30 percent return rate, with dresses and jeans more frequently returned than tops. Zappos is closer to 40 percent, partly because they have a very liberal return policy and sell a lot shoes. Fit is the biggest reason for returns.

Another concern is that consumers are beginning to overdose on flash sales and feel fatigued by constant e-mails. “Consumers are getting bored with the straight-up deal message. It’s forcing retailers to execute more creatively,” said Peter Leech, partner in The Partnering Group, at the Shop.org digital retail marketing workshop in Manhattan on Tuesday.

According to Rob Willms, president and ceo of the Optaros digital e-commerce company, “Amazon is a great place to go when you know what you want. The content isn’t curated. Basically, it’s there for you to find as opposed to being presented to you. MyHabit, however, makes that transition for Amazon, to having a destination for a particular interest. MyHabit has a pretty strong focus on youth and fairly cutting-edge fashion, whereas eBay has been broader based, with fashion outlets and a little bit of everything. MyHabit has a slightly narrower demographic.” Willms said a couple of million people have signed onto MyHabit for “a fairly good penetration” of the fashion market.

Customer service is another story. “It’s been a little bit harder for them to meet expectations,” Willms said. “Zappos is known for extraordinary customer service. That’s not what the blog-o-sphere is saying about MyHabit. Frankly, I have not seen a lot of innovation in MyHabit.”

Willms also suggested that it may be tough for MyHabit to get top brands. “We are seeing a lot pullback from multibrand sites,” he said. “They’re trying to protect their brand [image] a little more, and trying to capture the data out of relationships developed through transactions.”

Amazon’s fashion foray, Willms said, has evolved as a test rather than putting full resources around it. “I don’t think they are hedging their future on fashion quite yet. Ebay has done more,” he said.

However, William Susman, founder of the boutique advisory and research firm Threadstone Partners, said Amazon was making “big inroads.…The Zappos deal was reflective of the vision. It catapulted them into apparel and accessories. If I were to make an analogy, they’re more like Target than Macy’s or Bloomingdale’s, in terms of their really going for the scale. They’re not trying to be Bergdorf Goodman. But as we know, apparel has been very mixed for mass retailers like Wal-Mart and Target. Amazon has got to figure out what merchandise is really appropriate for them. It’s probably something similar to what you would buy in Wal-Mart.”