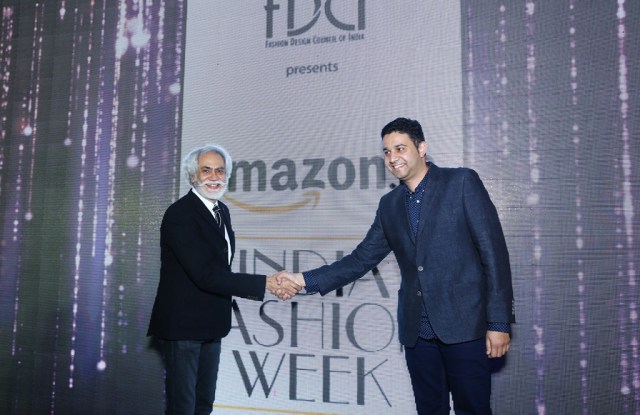 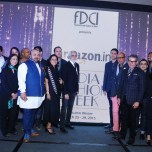 NEW DELHI — Amazon is stepping up its fashion activities worldwide, signing on as the new sponsor of the twice-yearly fashion weeks here.

It is the second major fashion week sponsorship deal Amazon has signed this month. Last week, the e-commerce giant revealed the group and its fashion sites — Amazon Fashion, East Dane and MyHabit — were becoming the presenting sponsor of New York Fashion Week: Men’s, the first edition of which will be held in July 13 to 16.

The collaboration with the Fashion Design Council of India, the apex body for fashion in India, will continue to work on growing the business of fashion, Sunil Sethi, president of the FDCI, said.

Sponsorship from Amazon India brings with it the financial muscle of its U.S. parent. Jeff Bezos, Amazon’s chief executive officer, wrote out a check for $2 billion for the Indian arm when he spent a week in the country in September 2014. There is the additional promise of reaching a far wider consumer base than brick and mortar stores have yet been able to access in India.

Although Amazon India is less than two years old, having launched in June 2013, it is one of the top three e-tailers in the country along with Flipkart and Snapdeal. Other Indian e-tailers have been flirting with fashion weeks over the last year, with Myntra and Jabong signing on as sponsors and collaborating with different segments of the fashion weeks in New Delhi and Mumbai.

Industry analysts observed on Thursday that the new association between Amazon India and FDCI would be a game-changer for fashion e-commerce in India, marrying the ambitious growth plans of Amazon with the skills of well-known designers.

“Fashion is one of the top three segments for us,” Vikas Purohit, head of fashion at Amazon India, told WWD. He said the fashion segment for the company launched with ethnic wear (Indian outfits) less than a year ago, and recently completed coverage of the breadth of fashion, such as Western wear, children’s wear and denim, two months ago.

Ethnic wear has grown 700 percent since its launch, he said, with kurtas and saris being the best-performing categories, contributing to 75 percent of the ethnic wear share.

He added that women’s Western wear has more than 14,000 styles, while men’s apparel has 40,000 styles. Exclusive collaborations with brands — such as Paris Hilton handbags and Tommy Hilfiger travel gear — and collections from well-known designers including Manish Arora and Rohit Bal had been adding to the strength of the fashion segment.

The e-commerce market in India is geared for explosive growth — although it was still less than 2 percent of the $550 billion Indian retail market in 2014, it is expected to grow to $60 to $70 billion by 2020. The number of Internet users is expected to go up from 200 million to 600 million in that time, with smartphones going up from 120 million to 140 million to 600 to 700 million by 2020, according to a report on Indian retail by the global consulting firm Boston Consulting Group.

Amazon India Fashion Week will be held at Pragati Maidan in New Delhi from March 25 to 29.