How Suite It Is, Poolside at American Dream

Designer/interior decorator Jonathan Adler brings his irreverent style of luxury to the VIP Suites in the DreamWorks Water Park at the New Jersey complex.

With its indoor skiing and snowboarding, dizzying amusement park and gargantuan wave-making indoor pool, could the American Dream entertainment and retail complex in East Rutherford, N.J., get any more over-the-top?

It has, with the introduction of 31 “VIP Skybox Suites,” exuberantly designed by Jonathan Adler with striking colors and exotic trappings, evoking Adler’s favorite resort destinations: Bali, Capri and Tulum.

The three levels of suites (also considered cabanas) are housed in the DreamWorks Water Park inside American Dream. They afford views of the Manhattan skyline and overlook the one-and-a-half-acre pool, which is considered the world’s largest indoor pool.

“The mandate was to just go for it — tie the suites into the spirit of the entire project and we really did it,” said Adler last week, just as the finishing touches to the VIP Skybox Suites were being made.

“I don’t even know where to begin. They are so layered,” said Adler, when asked to describe the suites. 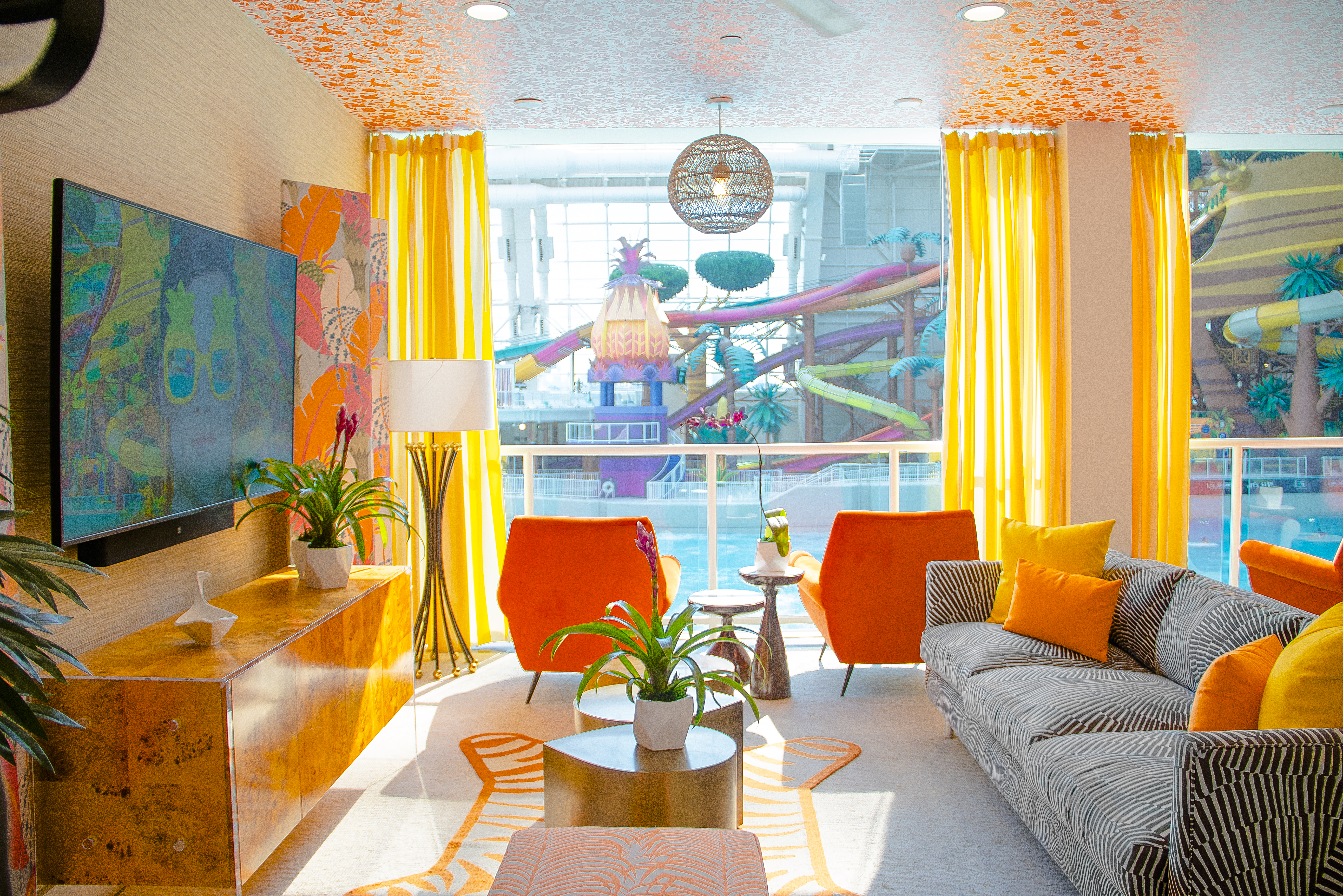 The suites are open in front for panoramic views of the pool and Manhattan, with clear glass-paneled guard railings. There are also curtains for privacy. The third and highest level is four stories above the pool.

There are three sizes of Skybox Suites to choose from: the 250-square-foot Bay Suites, the 400-square-foot Sea Suites, and the 650-square-foot Ocean Suites. The suites hold up to six, eight and 12 guests, respectively, and require admission to DreamWorks Water Park and an additional fee, from $500 to $1,200, depending on the type of suite and length of stay. Typical stays last four hours during the weekends, and the whole day during the week.

“I love the color and the humor,” said Ken Downing, chief creative officer of Triple Five Worldwide, developer of American Dream, who brought Adler in for the project. Downing said the cabanas capture “the blue fantasy of Capri, the spice colors and Mexican modernism of Tulum, and the lemongrass green exoticism of Bali.…They are all very dreamy and luxurious. They have a spirit of vintage rewind brought into the modern world. It’s tongue-in-cheek.”

Downing said Adler had complete design control of the cabanas, but they worked together with Schumacher, the oldest design firm in America known for luxurious residential wall coverings.

“Jonathan brings in a lot of sunshine and joy to his design projects,” Downing added. “He understands how to have a great time. When designing a public space, it’s got to be Instagrammable.”

“I’ve designed hotels and restaurants and other spaces, but I’ve never done anything more mega than American Dream,” said Adler. 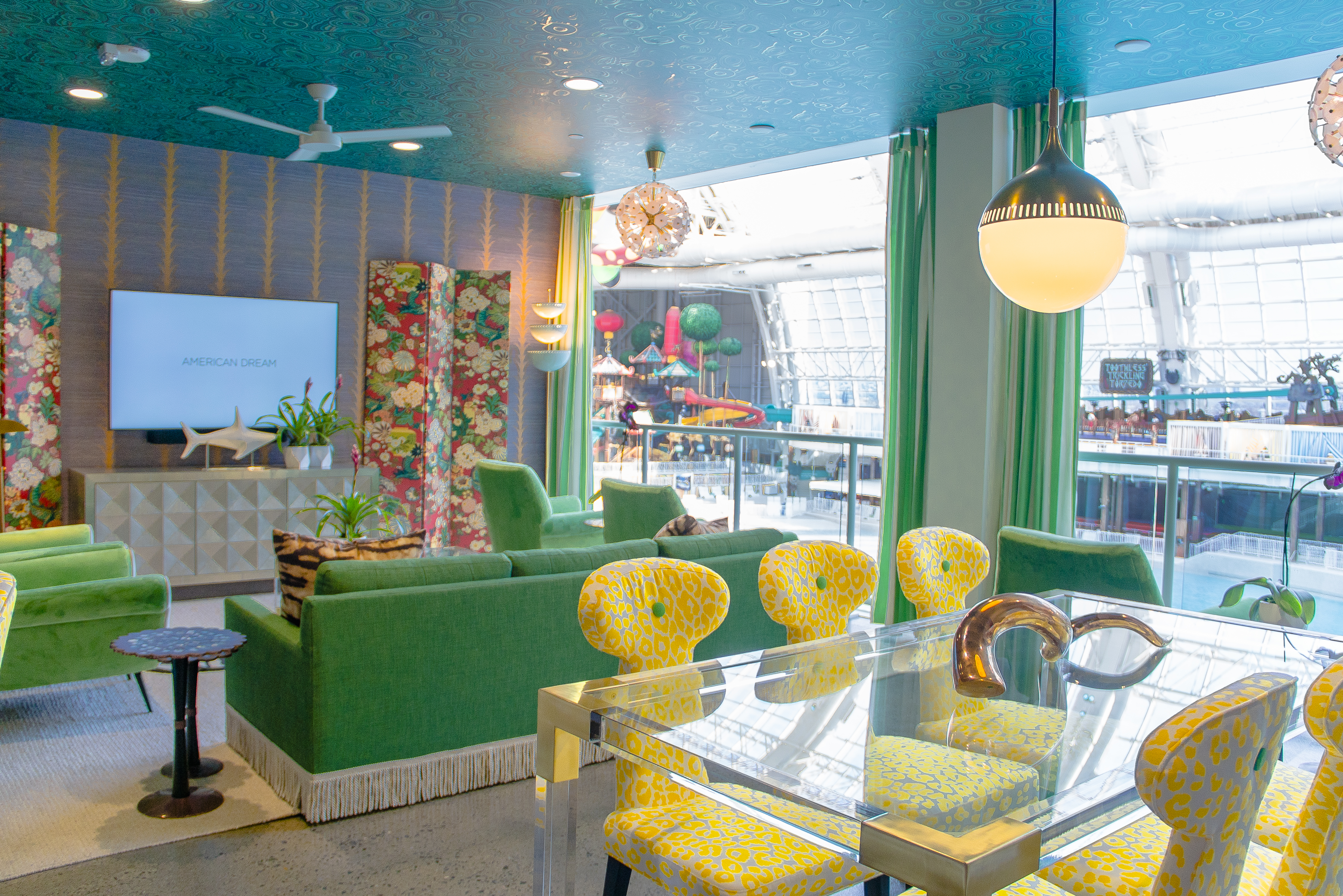