The retailer is opening two stores in Tokyo this week. 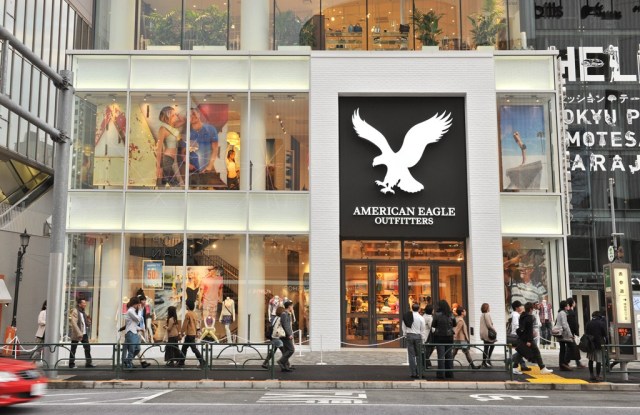 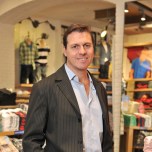 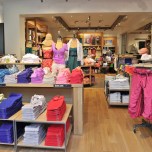 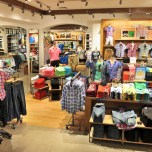 TOKYO — American Eagle Outfitters is making its first foray into the Japanese market with two back-to-back store openings in Tokyo on Wednesday and today.

The first, located in a new retail development at the intersection where upscale Omotesando meets youth-centric Harajuku, is the company’s first large-scale flagship outside of the U.S.

“I think when you’re launching internationally and going global, the critical thing is to find the right partner, more so than saying we want to have a store tomorrow. So we were very much focused on finding the right business partner to launch the market with. And this process is quite a lengthy process, so from the time we started to now, it [has been] 18 months in the making,” said Simon Nankervis, vice president of international franchising and global business development at American Eagle Outfitters Inc. “For us, Japan was somewhere that we always wanted to have a flagship store.”

American Eagle has inked a franchise agreement for the Japanese market with local corporation Sumikin Aoyama.

The Omotesando store consists of about 15,000 square feet of selling space spread across three floors. It stocks American Eagle’s complete line of clothing and accessories for men and women, the Aerie lingerie brand, and some items that in the U.S. are only available online or at certain flagships. The development where the store is located also houses a new Tommy Hilfiger flagship, as well as several Japanese retailers.

Nankervis said the company is confident that it can offer Japanese consumers something unique that will help it stand out in the notoriously saturated market. “The critical thing for us was to make sure that we positioned the brand appropriately and that we have a really clear viewpoint on what the brand stands for,” Nankervis said. “We have a real statement about what our store stands for, our architecture, our design, the way we merchandise our product….It’s unique and different. We don’t spend a lot of time worrying about what the competition is doing. We want to deliver the quality of product and the price point the customer is looking for from us, with regularity.”

He added that while the age of the brand’s core customers is typically slightly higher internationally than in the U.S., he expects the broader demographic, which includes men and women aged 15 to 25, to be the same in Japan.

“The biggest factor for us is the exchange rate between the yen and the U.S. dollar. If the yen weakens a little bit then you [may] see the prices move around, but given how far out we’re buying product, we’re hoping that a lot of that gets smoothed in the seasonal averages,” said Nankervis.

American Eagle’s second store here, which opened today, is an 8,500-square-foot unit in a shopping mall on an island of reclaimed land in Tokyo Bay. Looking further into the future, the company plans to open two more stores in the Tokyo area in August and December. Beyond that, further openings will depend on what real estate becomes available in key areas.

“One of the things we want to be really cautious about is not overextending the brand by chasing door count rather than chasing a customer fulfillment objective,” said Nankervis. “It’s really about where the brand is going to get the best traction…making sure that we’ve got the right stores in the right locations, and then, as the market develops and expands and our product offering matches the customer demand, then we’ll keep rolling out stores.”

Nankervis said the company is ambitious regarding Japan’s potential. “The market itself has a great understanding of retail, they’re great consumers. So we’re looking for the market to do big things,” he said.