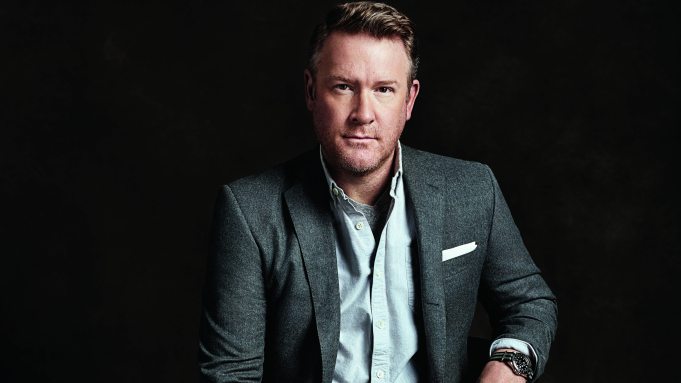 American Eagle Outfitters has jumped into the designer sector, acquiring the Todd Snyder business for $11 million in cash and stock.

While Snyder’s upscale men’s wear brand is appealing to the Pittsburgh-based teen retailer, it’s his little-known collegiate campus concept that sealed the deal. Called Tailgate, Snyder established that business with his late father in 1991. It is a vintage sports-inspired brand with a college-town store concept. There is currently one store in Iowa City, Iowa, near the Iowa State college campus.

Chad Kessler, global brand president for American Eagle, called Tailgate “a very interesting concept. And because American Eagle is also targeting a college customer, we see a synergy between this localized college concept where we can also offer curated jeans and other American Eagle products.”

Kessler said American Eagle sees a large rollout potential for Tailgate and the initial plan calls for opening two to three stores in 2016 and eventually increasing that number to over 200. American Eagle currently operates more than 1,000 stores in the U.S. and overseas.

The official acquisition includes Tailgate Clothing Co. and Todd Snyder New York, the premium men’s brand that was established in 2011. Under the terms of the deal, Snyder will join American Eagle as executive vice president, reporting to Kessler. Jimmy Olsson, Snyder’s chief executive officer and president, is also part of the deal, joining the company as vice president. He will continue to lead the day-to-day operations of Tailgate and Todd Snyder New York.

Snyder, founder and creative director, called Tailgate the “part of the business that kept the wheels turning for Todd Snyder.”

“It’s a diamond in the rough,” he said. “I started the business with my dad because I couldn’t find anything to wear when I went back home to Iowa for football games. It grew from there and my brother took it over.” His brother Jamie will continue to work on the brand and become part of American Eagle, he said.

With his family manning the helm, Snyder changed his focus to concentrate on building his own design career. Over the course of the past two decades, Snyder was a designer for Polo Ralph Lauren, the director of men’s wear for The Gap, and senior vice president of men’s for J. Crew. He was named GQ’s Best New Menswear Designer in 2012 and has been a nominee for the Council of Fashion Designers of Americas top men’s award in 2012, 2013 and 2014.

“Todd is one of the most talented and respected men’s wear designers out there,” Kessler said. “We’re big fans of the Todd Snyder brand and we hope with some investment and support, it will grow to realize its full potential.”

Kessler said the company is currently looking for a location to open a freestanding Todd Snyder store in New York City.

Kessler stressed that even though the designer will be joining American Eagle, the Todd Snyder brand “will continue to be operated independently. We’re thrilled to have Todd join our team. Although he’ll be focused on his brands, we’re also eager to have his help on American Eagle’s men’s wear and marketing.”

Jay Schottenstein, interim ceo of American Eagle, said the deal provides “exciting new business opportunities. Todd and Jimmy bring exceptional creative talent and operational skills. They will continue to lead the business, as our organization remains focused on driving continued momentum and profit improvement. Capital investments in the Tailgate and Todd Snyder brands will be paced, with a test and scale approach based on profitability and return on investment.”

Snyder admitted that like many fledgling designers, it’s been hard to make ends meet. “We’ve been self-funded for five years and it’s been stressful,” he said. “But the collection will remain the same and this gives me somebody to help me lift the weight.”

He said Todd Snyder New York, his runway line, as well as Todd Snyder White Label, a more commercial collection available at Nordstrom, will continue to be produced uninterrupted. Ditto for his popular collaboration with Champion that had spawned a pop-up shop on Elizabeth Street, a concept that caught the eye of Schottenstein and American Eagle’s executive creative director Roger Markfield.

“Roger and Jay walked into that store and that put me on their radar,” Snyder said.

The four Todd Snyder stores in Japan are also not impacted and will continue to operate.

Snyder’s most recent collaboration with Target, dubbed Local Pride by Todd Snyder, under which the designer is creating some product with a uniquely local bent such as “Wicked Smaht” T-shirts in Boston, will also continue.

This localization approach is similar to what Snyder is doing with Tailgate. The company has licenses with 150 universities ranging from Notre Dame to the University of Florida, Snyder said. “It’s a pretty sizable business,” he added, declining to provide a volume figure. “I go at it the same way I do my men’s wear collection — edited with great quality and graphics.”

He said college students are the “most discerning” shoppers and their choices on campus have been limited. But the store in Iowa City has been successful with its “curated assortment for students and alumni,” which include Golden Bear jackets and Ebbets Field caps in addition to vintage-inspired graphic tees.

“It’s my filter on college campuses,” he said. “There’s a customer willing to spend a little more on a quality product. Most bookstore product has no design aesthetic, so why not have cool T-shirts and sweatshirts? No one is paying attention to the college bookstore market and there’s so much more you can do to reach this customer.”

American Eagle agrees and this is what prompted the retailer to make its first-ever acquisition.

“There’s been so much disruption in the mall over the past five or so years,” Kessler said. ”It may be thinking out of the box at bit, but the main focus [of Tailgate] is on our core customer, so it’s a good opportunity for us.”

Kessler, a veteran of Abercrombie & Fitch who is credited with the successful launch of the Hollister brand, joined American Eagle last August and was promoted to his current position in March.

At the same time, the retailer reported that it was raising its third-quarter earnings-per-share expectation to about 34 cents a share from its previous guidance of 28 cents to 31 cents. This would represent a 55 percent increase from the adjusted EPS of 22 cents last year.

The increase is based on a comparable-store sales gain of 9 percent in the period and the guidance is from continuing operations and excludes potential asset impairment and restructuring charges, the company said.

“In a highly challenging retail environment, we are extremely pleased to see our AE and Aerie brand customers respond positively to product and quality enhancements,” Schottenstein said. “We continue to experience greater full-priced selling and less promotional activity, resulting in profit margin expansion. As we look ahead, we are optimistic about the upcoming holiday season and will continue executing customer-focused initiatives while delivering returns to shareholders.”

The company will report third-quarter results on Dec. 2.