The retailer is launching its spring 2021 campaign today, along with a new augmented reality shopping guide on Snapchat.

American Eagle has a few surprises in store this spring — or rather, online.

The retailer is courting youth culture with a new campaign, featuring Netflix’s “Outer Banks” stars Chase Stokes and Madison Bailey, along with an augmented reality shopping guide on Snapchat.

“Gen Z is clearly looking for new ways to shop,” Craig Brommers, American Eagle’s chief marketing officer, told WWD. “This was the next logical experience in our augmented reality shopping partnership with Snapchat.” 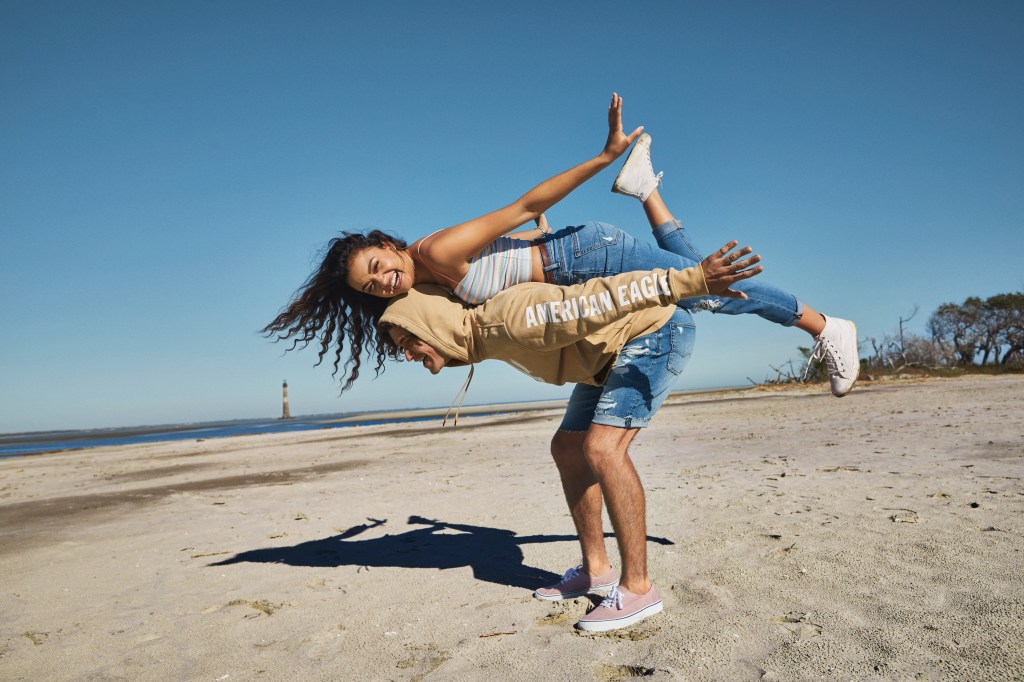 “That told us that there was certainly an excitement and a desire to shop in other unique augmented reality environments,” Brommers said. “So we challenged ourselves and we challenged Snapchat to come up with something around our biggest category, which is jeans.”

With the new technology, Snapchat users can view a range of AE jeans styles and silhouettes, washes, learn new styling tips and see other details close up, including 3D views of how the jeans look on various body types, by twisting the world-facing camera on their mobile devices. In addition, shoppers can make purchases through the app or share style preferences with Snapchat friends.

“It’s taking what has traditionally been a 2D shopping experience on our direct site and bringing it to life through augmented reality and really a 3D experience,” Brommers said. 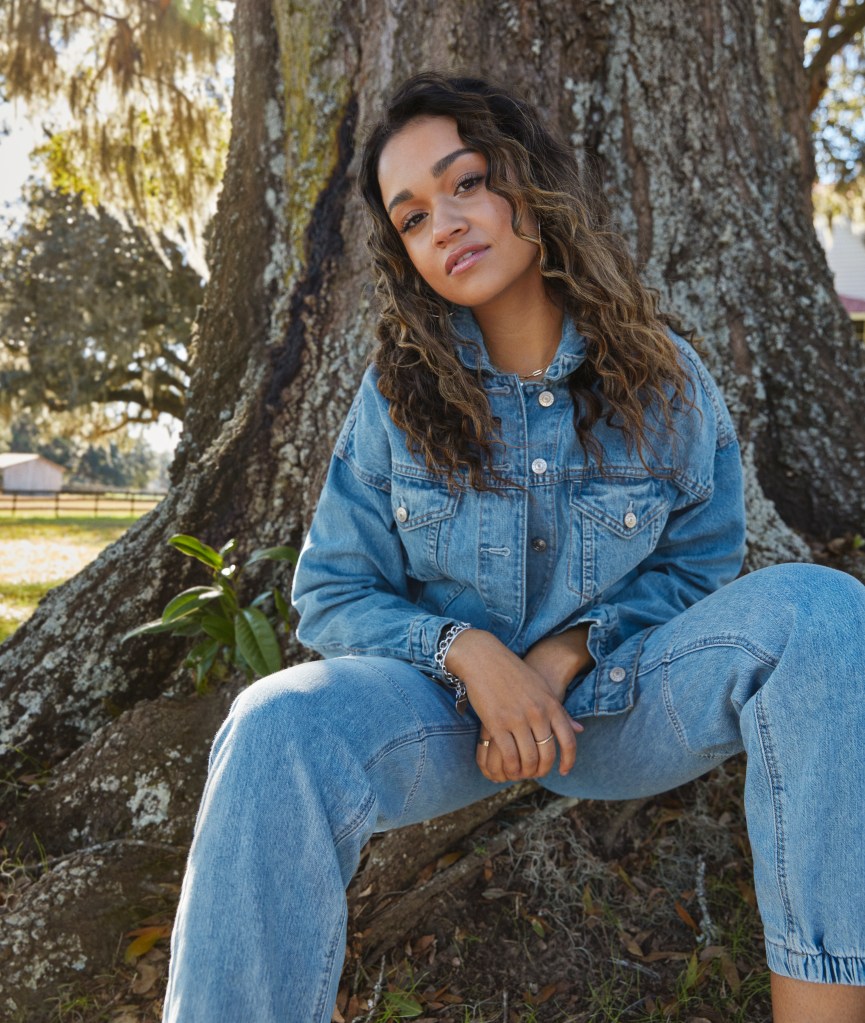 The decision to partner with Snapchat and the stars of the popular Netflix series also seemed fitting. Brommers said about 50 percent of Gen Zers use Snapchat each day. “This is almost, kind of like, their oxygen in how they connect with their friends these days,” he said. “And wherever Gen Z wants to shop is where you need to go, because if you aren’t innovative, you’ll be left behind.”

The same can be true for cast members of “Outer Banks,” which has quickly become a favorite among many in the same cohort.

“We always push ourselves to be at the forefront of American youth culture,” Brommers said. “And there is no doubt that ‘Outer Banks’ made more of an impact on Gen Z than any other streaming show last year. These are real kids and they really are fans of our brands. Their styles are casual American led by jeans.” 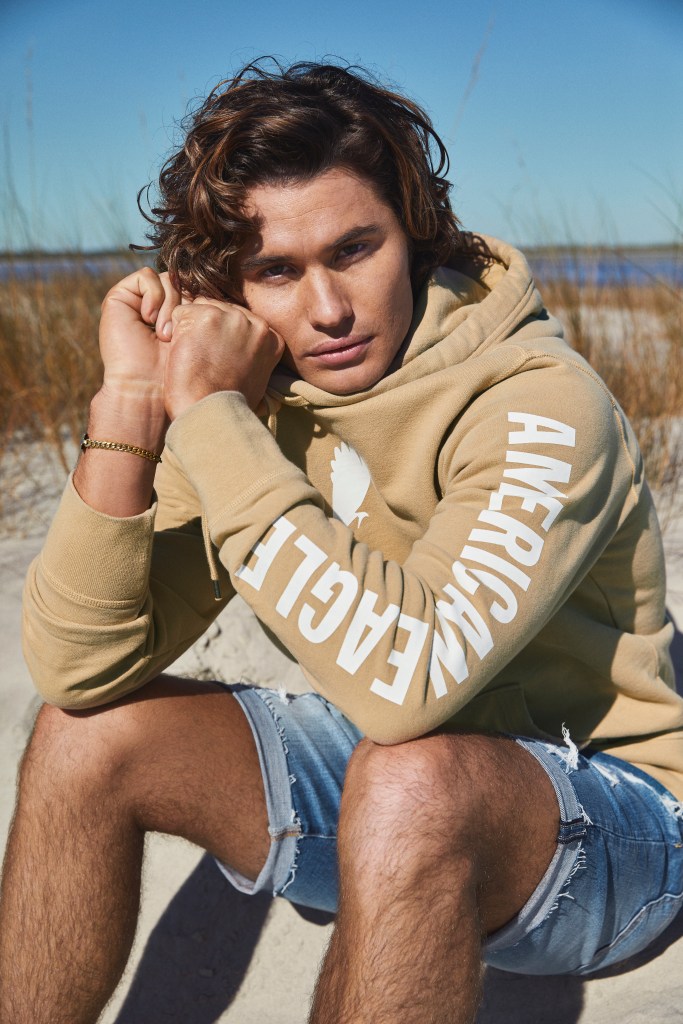 In fact, while Chase Stokes was down in Charleston, S.C., filming season two of the series, he said his “limited wardrobe” included a couple of pairs of American Eagle jeans.

“It’s a brand that I loved growing up,” Stokes said. “For me, it’s about the individuality. I’m big on self-expression, wearing clothes that sort of communicate what you believe in and what you feel comfortable in. A lot of American Eagle’s pieces are also just kind of bright and lively and I love the optimism behind it.”

Stokes was also appreciative of being able to work with costar Madison Bailey on the campaign. 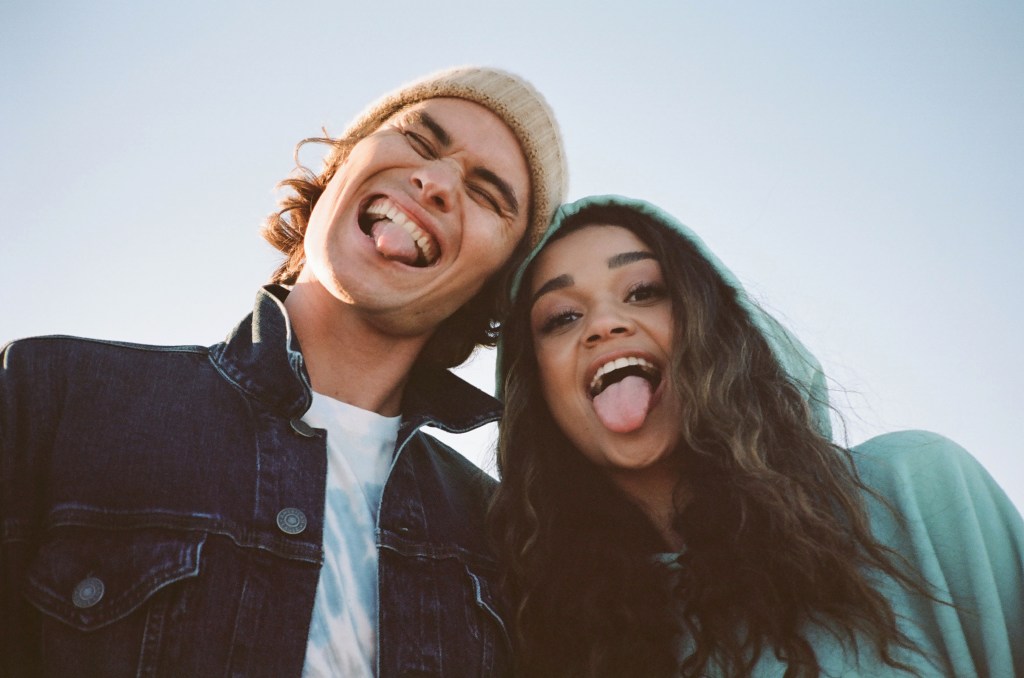 “I’m really proud of being able to do it with a castmate, with Madison Bailey,” he said. “That’s someone who I love and [who I] have spent so much time with over the past two years. And I think that’s how all of these [projects] should go, to work with brands that you love and work with people who you love and curate something that is special and unique.”

The new “Jeans Are Forever” campaign, which both Stokes and Bailey helped shoot, features a range of denim, including jeans and jackets, along with fleece tops, T-shirts and more. Jennifer Foyle, chief creative officer of American Eagle Outfitters and global brand president of innerwear brand Aerie, said the campaign is “meant to uplift our customers and radiate good vibes — encouraging a true sense of optimism, especially now.”

“What we found with our holiday pop-up is that if we have a number of refreshes throughout the season, there’s a sense of newness and discovery every couple of weeks,” Brommers said. “We’ll come back with something that will be new and fresh for the summer period.”